Sargent doubles up in Sprint Challenge

Sargent doubles up in Sprint Challenge 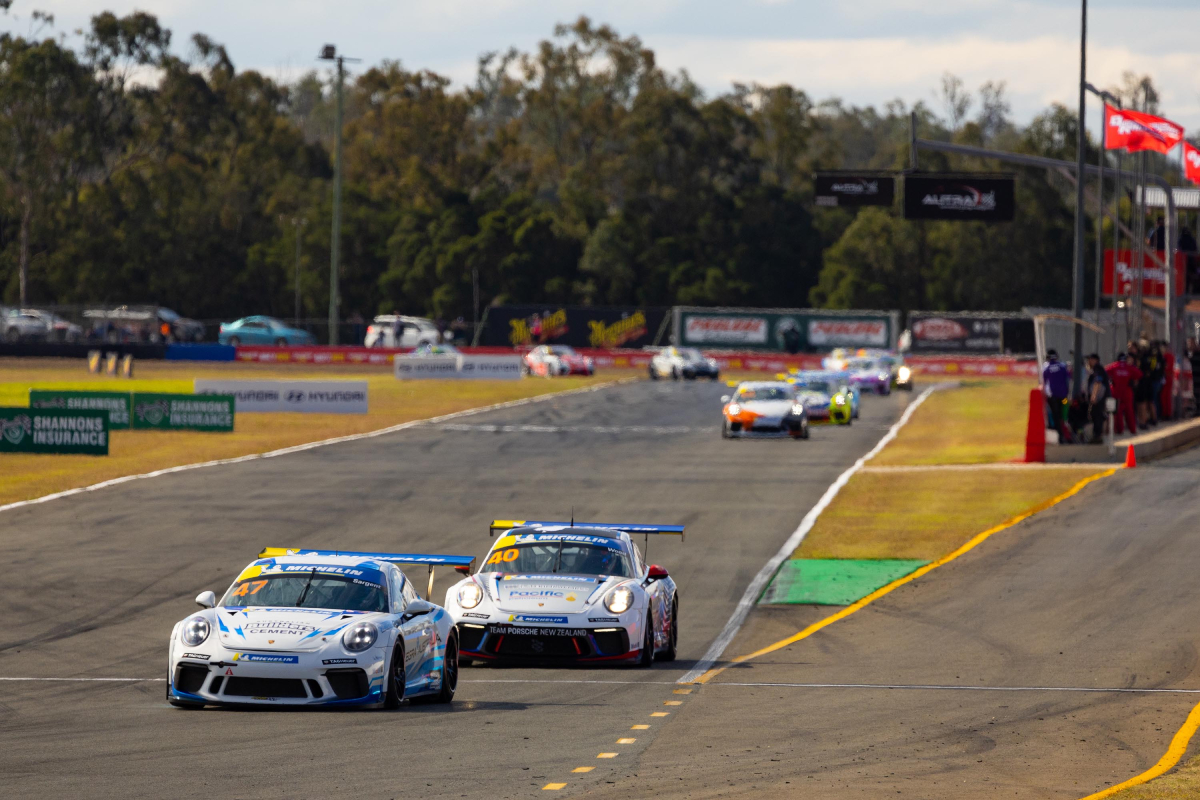 He won an incident marred race after holding off a hard-charging Ryan Wood at the start, with McElrea Racing’s Aron Shields finishing third.

Sargent led Wood into Turn 1, driving in tandem for the opening laps, with Shields holding on to third, as Sonic Motor Racing’s Courtney Prince moved up to fourth.

Lachlan Bloxsom climbed to fifth, in front of Madeline Stewart, while behind them Sam Shahin and Brett Boulton battled for the lead in Pro-Am.

Shortly afterwards, the Safety Car was brought out after after Richard Cowen ran into the side of Gerry Murphy under brakes in the run to Turn 3, with Cars #2 and #58 needing to be recovered from the gravel trap.

Ultimately, the race ended under the Safety Car.

Shahin secured victory in the Pro-Am class, while Tom McLennan took home the chocolates in Class B on debut.

Sargent said his pace was strong prior to the Safety Car.

“Obviously it’s not the way you want the race to go finishing under safety car, but you got to take them when you can get them,” Sargent said.

“Ryan [Woods] was very, quick in that one, I think he even lost a splitter and was still gaining on me and making my life difficult.

“We’ll have to look at what we can do better for tomorrow’s race, but first place is always great and more points, so bring on tomorrow.”

The field resets overnight before tomorrow’s Jim Richards’ Endurance Trophy race, which will conclude the second round of the series.

It will be streamed live and ad-free on Stan Sport.