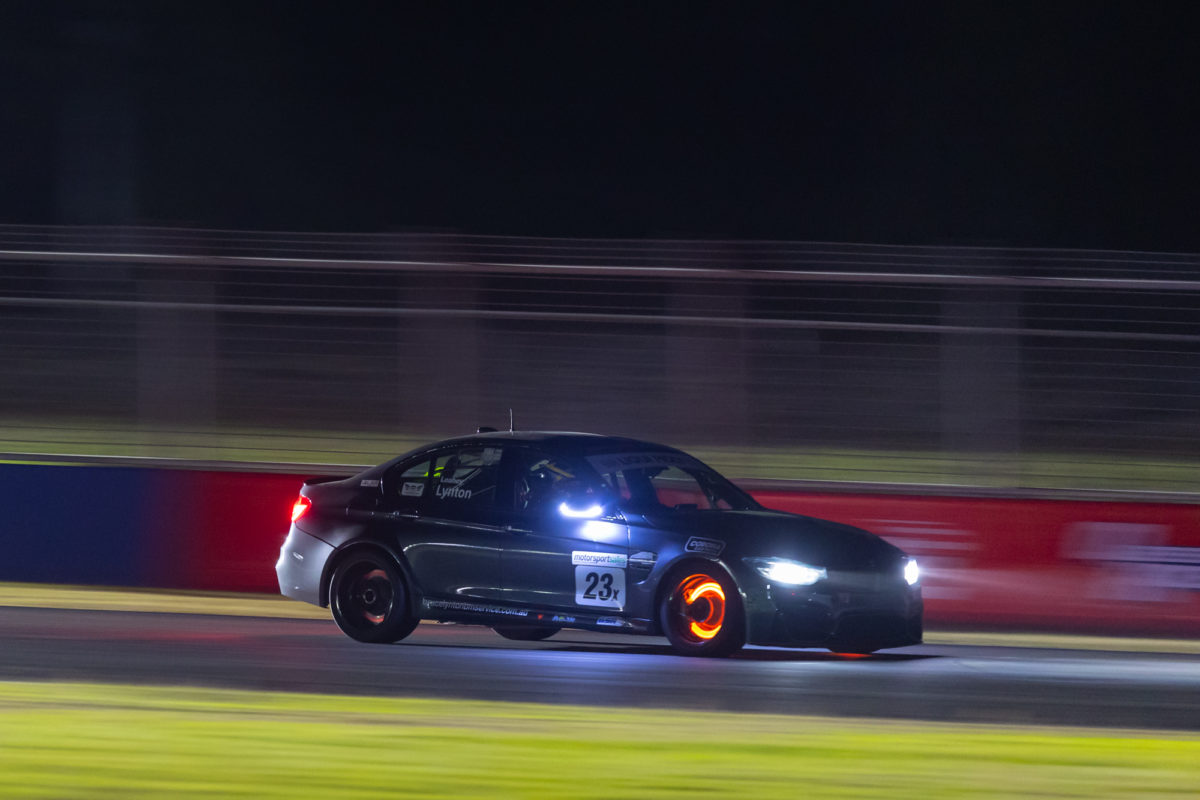 Beric Lynton/Tim Leahey have won this year’s Fight in the Night as part of Round 2 of Australian Production Cars brought to you by Liqui Moly at Queensland Raceway.

The Fight in The Night began with Wayne Russell on pole, but Karl Begg got the jump and got out to a four-second lead before the first Safety Car came out for barrier repairs.

Hot favourites in the #58, Aaren/Wayne/Drew Russell struggled early before coming to the garage to investigate tie rod damage.

Also in trouble was the Tony Levitt/Jason Simes entry with a fluid leak.

Levitt needed medical attention after exiting the car but has since been cleared.

After the restart, Lynton was able to take the lead, and had a five-second margin until he pitted around the halfway mark and Leahey got in the car.

Begg came in for his stop laps later, and came out in front of Leahey for the effective race lead.

Leahey took the lead as Begg later stopped on track, bringing out the Safety Car, with his BMW catching fire.

Leahey quickly established a 15-second lead after 10 laps back under green flag racing.

After a time-certain finish, Leahey and Lynton took the win by 35.9s, their fifth Fight in the Night victory.

Iain and Grant Sherrin would finish in second, with Ben Gersekowski in third.

The pole-sitter got a blinding start, while Grant Denyer struggled to get off the line and was never able to fully recover, finishing in fifth.

Russell pulled a gap of over five seconds after just eight minutes in the race, but it was slowly whittled down by Leahey, to 2.4s by the end of the race.

The Production Cars will return tomorrow for their final race of the weekend at 09:45 local time/AEST.