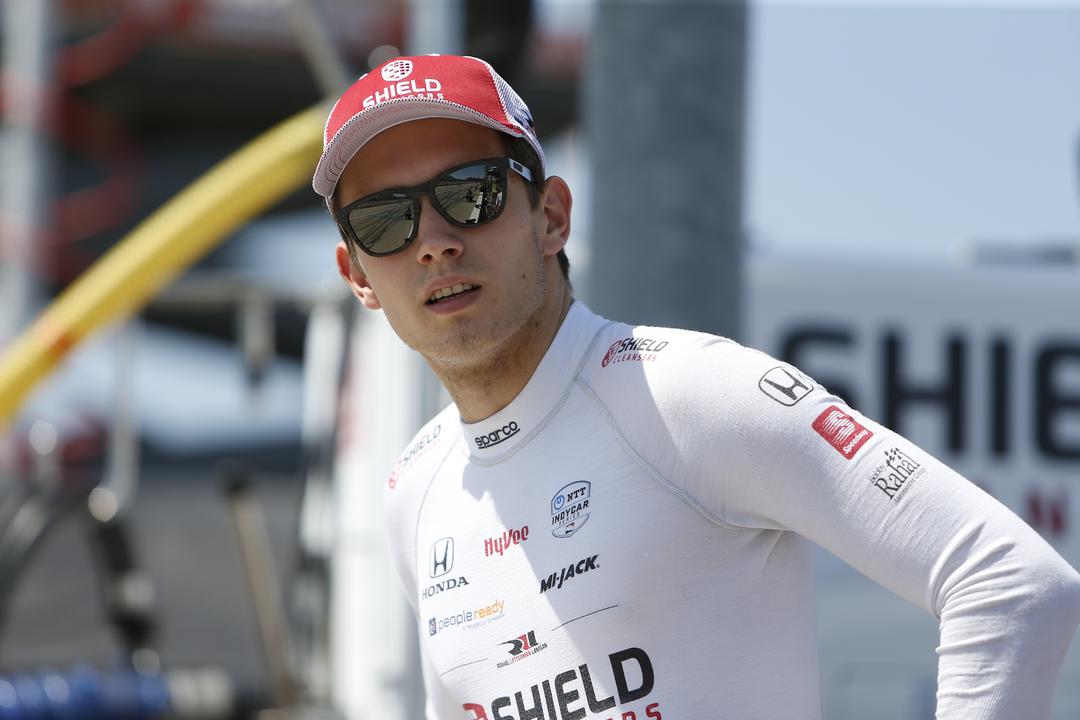 In the first session to feature IndyCar’s new, literally green alternate compound tyres, rookie Lundgaard’s 1:15.9659s in the #30 Honda was at least 0.2391s faster than anyone else went.

As usual, the field spent the opening period of the session slowly getting up to speed on primary tyres.

Josef Newgarden (Penske) was fastest on a 1:17.3855s when a red flag was called in the 24th minute as a result of Dalton Kellett (AJ Foyt Racing) stopping in a run-off area.

A second red flag came just four minutes after the restart from the first thanks to an off for Rinus VeeKay (Ed Carpenter Racing), by which time McLaughlin had taken up second on a 1:17.9071s.

McLaughlin moved the benchmark to a 1:16.8441s in the 47th minute, apparently on black tyres, before yet another red flag in the 53rd minute after Colton Herta (Andretti Autosport w/ Curb-Agajanian) ran long at Turn 1 and stalled.

The next restart came in the 55th minute and there was soon a small piece of history when Alex Palou (Chip Ganassi Racing) went second with a 1:16.8505s set on the greens.

Marcus Ericsson (Ganassi) was 1.0104s off the pace in 11th, Helio Castroneves (Meyer Shank Racing) was 23rd after suffering a misfire in his Honda engine, and Simona De Silvestro (Paretta Autosport) ended up 25th in the 26-car field on her return to the driver’s seat.

In further bad news for Castroneves, he will have to serve a grid penalty this weekend.

Practice 2 starts on Sunday morning at 02:15 AEST, ahead of Qualifying at 06:30 AEST, with both of those sessions live and ad-free on Stan Sport.