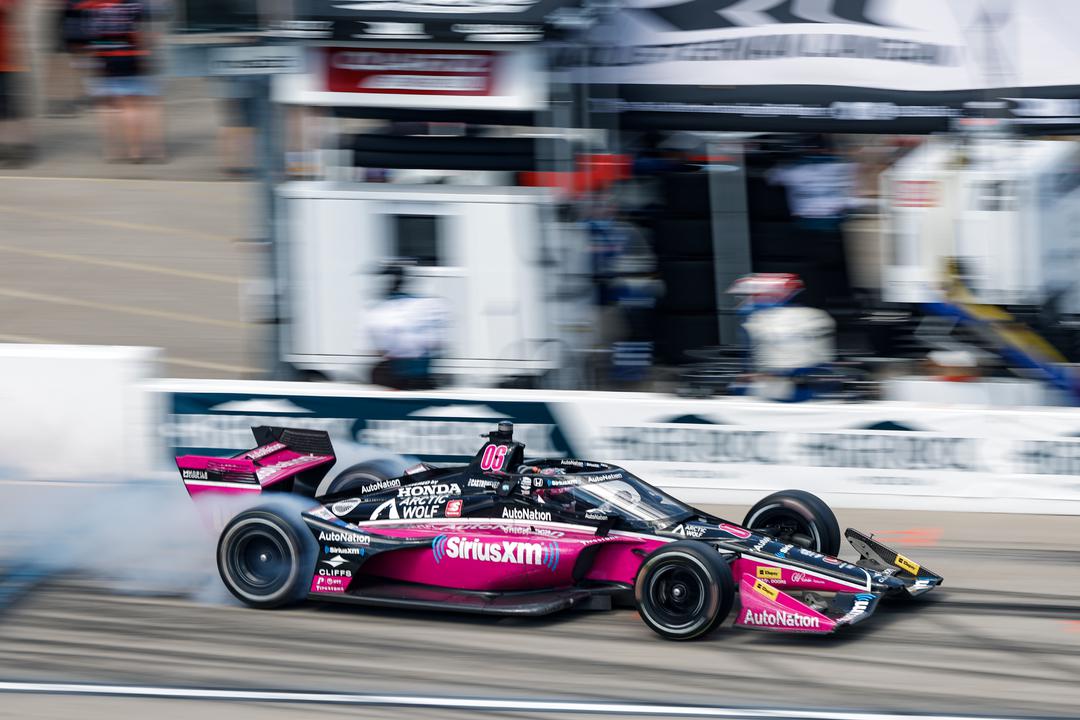 Helio Castroneves will have to serve a six-position grid penalty this weekend in Nashville, IndyCar has announced.

The Honda-powered #06 Meyer Shank Racing entry has been pinged for an early engine change, thus the sanction.

“The team was in violation of:

“Rule 16.2.3.2 A fifth (5th) Engine is eligible to earn Engine Manufacturer points if a Full Season Entrant has completed the Full Season Entrant Engine Mileage with its first four (4) Engines. Otherwise, a fifth (5th) or more Engine does not earn Engine Manufacturer points and will be considered an Unapproved Engine change-out.

“According to Rule 16.6.1.2, the penalty is a six-position starting grid penalty on road and street course events and nine positions at oval events and will be served at the series’ next event, which is the Big Machine Music City Grand Prix Sunday, Aug. 7 on the streets of Nashville.”

Castroneves is currently 18th in the series, while Practice 1 at Nashville is underway now.

Practice 2 starts on Sunday morning at 02:15 AEST, ahead of Qualifying at 06:30 AEST, with both of those sessions live and ad-free on Stan Sport.