Triple Eight Race Engineering has revealed a rebrand, specifically an update to its corporate identity.

The powerhouse Supercars team has unveiled a tweaked logo, featuring revised colours and a new typeface for the team name.

In addition to the more common stacked Triple Eight logo, or ‘brand mark’, the Banyo operation also has two horizontally oriented designs at its disposal, and a ‘secondary brand mark’ which omits the ‘Triple Eight Race Engineering’ text.

An 11-page brand guidelines document, distributed to media with the announcement of the rebrand which takes effect this month, specifies how its logo is to be displayed.

An alternate format for the new logo

Triple Eight operates under multiple banners across competitions including the Repco Supercars Championship and Fanatec GT World Challenge Australia Powered by AWS, the latter of which it is fielding a Mercedes-AMG GT3 in this weekend at Queensland Raceway. 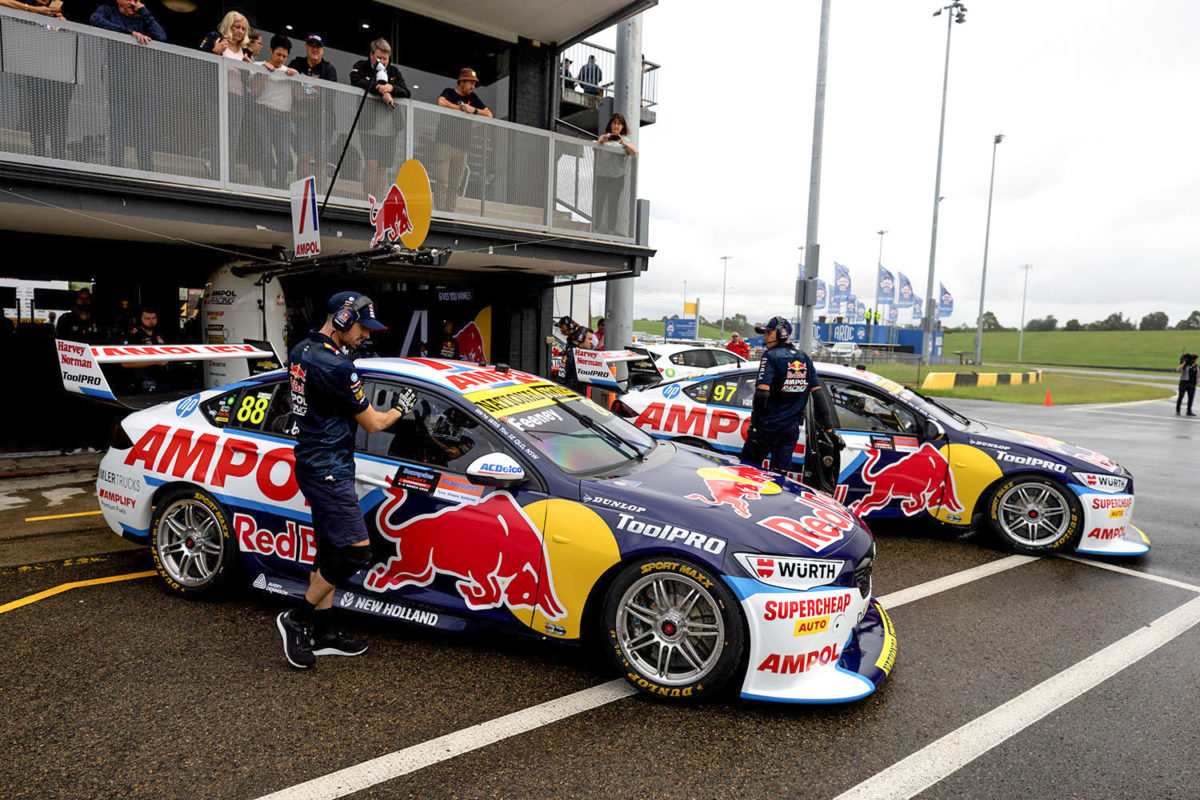 In the Supercars Championship, the squad currently known commercially as Red Bull Ampol Racing began in 2003 with a buyout of Briggs Motor Sport, but traces its lineage back to the original Triple Eight Racing in the United Kingdom which former team principal Roland Dane co-founded in 1996.

It has competed as Team Betta Electrical, TeamVodafone, and Red Bull Racing Australia, before becoming the Lion’s official factory effort in 2017 and hence the Red Bull Holden Racing Team.

Triple Eight adopted its current commercial identity in the Supercars Championship after Holden was retired in 2020, but remains the General Motors homologation team and hence is charged with development of the Chevrolet Camaro for the impending Gen3 era.

So far, the now Jamie Whincup-led outfit has won the Bathurst 1000 eight times, on top of nine Supercars drivers’ championships and 10 teams’ titles.

Shane van Gisbergen currently leads the Supercars drivers’ championship by well over the equivalent of a full event, while Red Bull Ampol Racing has a slim advantage over Dick Johnson Racing in the teams’ standings.