Miller out to avoid long lap penalty at British MotoGP

Miller out to avoid long lap penalty at British MotoGP 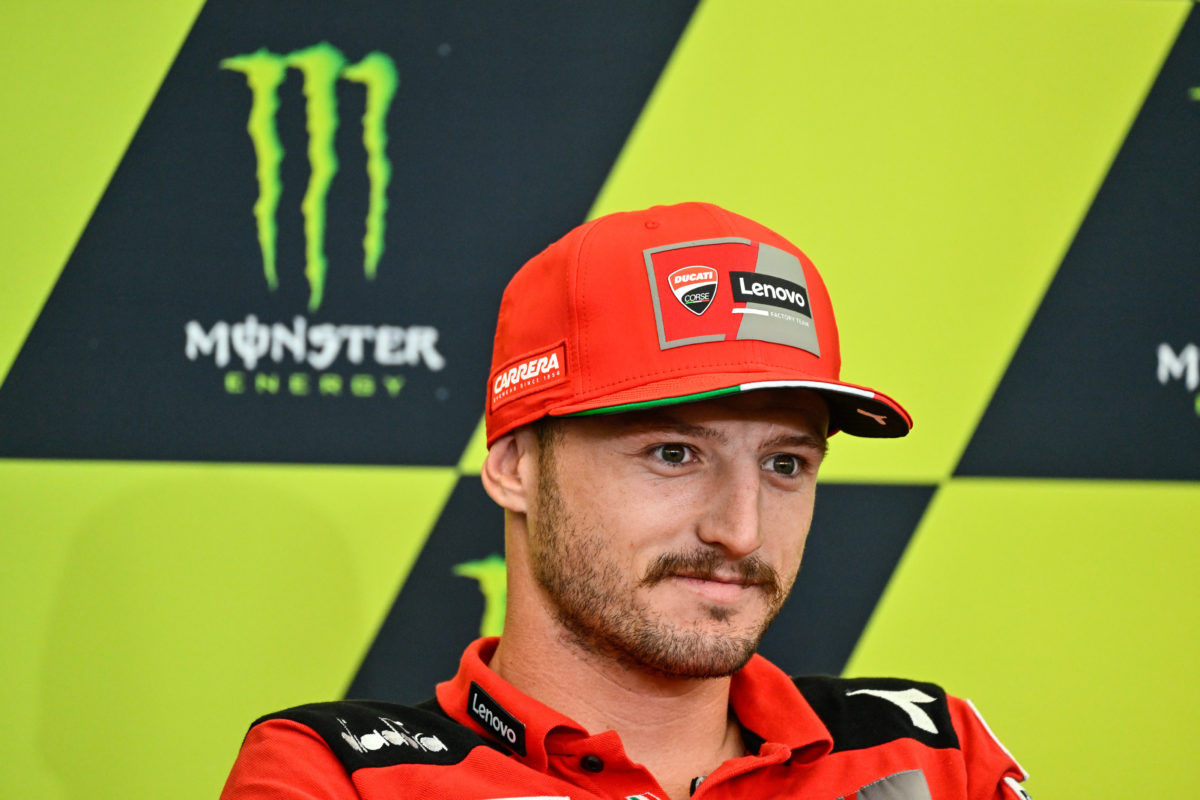 Jack Miller has quipped that his main goal at this weekend’s British Grand Prix is to avoid a long lap penalty for the third MotoGP round in a row.

The Ducati Lenovo Team rider had to serve such a sanction at both the German and Dutch rounds, for crashing in a yellow flag zone in practice at the Sachsenring and then for impeding Maverick Viñales in qualifying at Assen.

World championship leader Fabio Quartararo also incurred a long lap penalty at Assen, although that was for crashing into title rival Aleix Espargaro during the race, and hence he is set to serve it this weekend at Silverstone.

Miller is hoping to not have to join the Yamaha pilot in doing so, even if he finished third at the Sachsenring despite his race distance being slightly longer.

“The main objective this weekend is to not join Fabio in the long lap penalty zone,” said the Queenslander.

“The last two races, having two of them hasn’t been ideal, so I’ll try to let him be the hero and go through there this weekend, and I’ll stick to the normal track.”

On a more serious note, Miller identified a championship top three as a realistic goal as he prepares to bid farewell to Ducati and move on to Red Bull KTM Factory Racing.

‘Jackass’ sits seventh in the championship after an inconsistent 11 rounds to date, but is only 23 points behind third, held by fellow Ducati rider Johann Zarco (Pramac Racing), with 225 points still on offer this year.

“The main goal is to try and do better than what we did last season, which was fourth,” said Miller, whose 2021 championship result was a career-best.

“So, if we can be consistent, be fast, I feel like we worked a lot of the kinks out in the first half of the season and we’ve got a fantastic package under us now, and we have a bike that can fight in lot of different races.

“We’ll give it a crack and see what happens. There’s a lot more that can go on, as we saw in Assen and throughout the first half of the season; a lot of things can change.

“So, we’ll just take it race by race, try and enjoy it the most, and take as many podiums as we can, and finish up my time in a happy place.”

Practice at Silverstone, which hosts the first grand prix since the summer break, starts tonight (AEST).