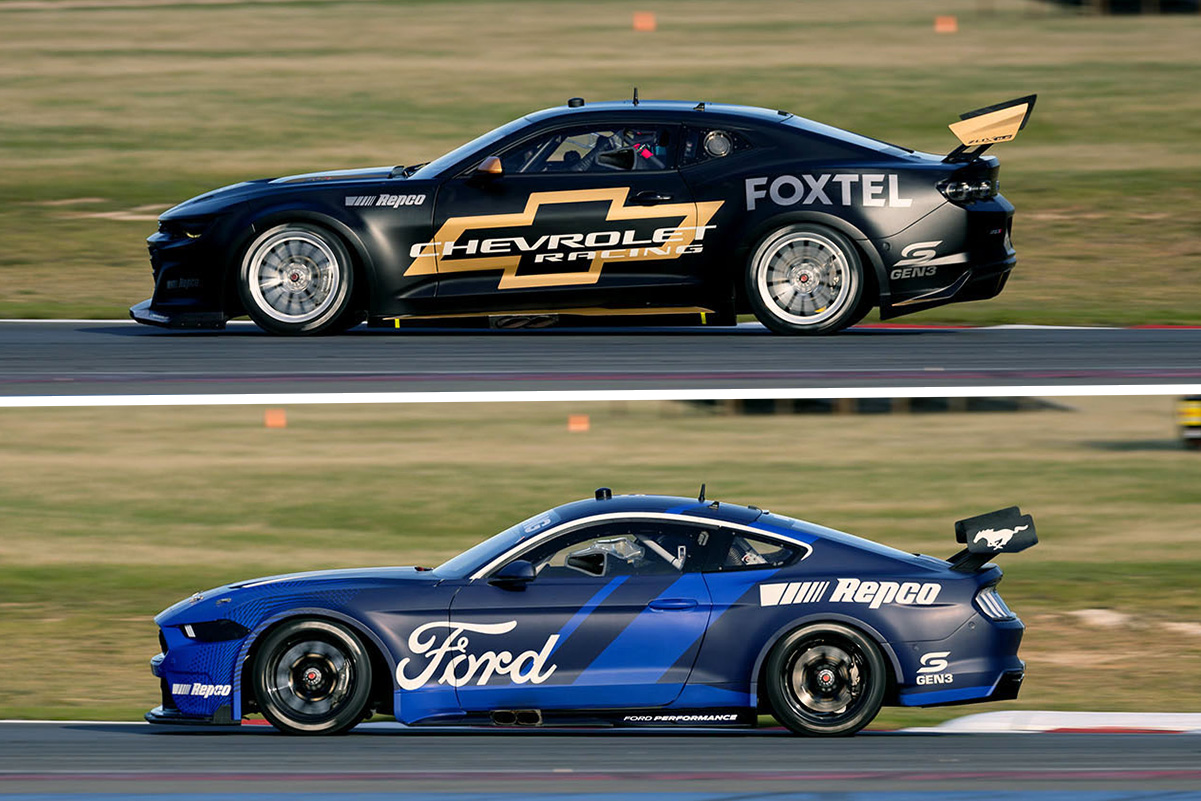 Supercars’ Head of Motorsport, Adrian Burgess, predicts some teams will be testing their Gen3 cars in December.

Production of the next generation of Supercar chassis is now underway, ahead of their competitive debut in a Newcastle season-opener tentatively scheduled for March 10-12.

Gen3 has recently gone through a late redesign, potentially adding to turn-around pressures for teams, who may need to assemble cars over the Christmas break.

Walkinshaw Andretti United, Erebus Motorsport, and Triple Eight will construct their own chassis, while PACE Innovations will turn around another batch of builds for select teams to then assemble themselves.

Burgess gave an update on the timeline of Gen3’s rollout, outlining the project is on track, with an expected delivery of chassis to teams in December.

“We’re on track; we’re certainly not saying it’s easy, there will be a lot of work between now and the end of the year.

“Hopefully the cars will run in team hands in December, but if not, it’ll be January. That’s what we’re working towards.

“Chassis are back in production now; we obviously had to halt production while we did the big ergonomic changes earlier.

“So the four manufacturers that are making the chassis are back in production there.

“Every seven or eight days there’ll be another chassis from [PACE]; I think they‘re making 15 or 16 cars so they’ve got quite a good production plan in how quickly they can make them.”

It’s the finalising and signing off of the various control components that is also a time-critical point, enabling teams to begin manufacturing parts for the in-house assembly phase.

“A lot of that information has gone out to the teams and they’re starting to manufacture.

“The further we go in the programme, we’re signing off on a lot more parts.

“We’re trying to give the teams as much information as we can, but equally, we’ve got to make sure we validate it correctly and sign it off correctly before we hand the information over.

“Otherwise, there’s going to be a million updates and they’re going to be making stuff that’s redundant.

“So we don’t want to do that, obviously. Every time we go testing, we’re finalising or validating particular parts, and then that information gets released.”

As reported by Speedcafe.com last month, Triple Eight is in fact ahead of schedule on its eight Chevrolet Camaro builds.

It could present a situation where some teams are on track testing before others, based upon assembly timelines.

“It’s certainly not perfect. And it never is,” he added.

“We’re comfortable and the teams know they’ve got a good amount of work in front of them.

“Everyone’s confident we’ll be on the grid with 25 cars next March and hopefully we’ve got a number of those testing towards the end of this season.

“If it’s not December, then January then we should be out with the full field.”