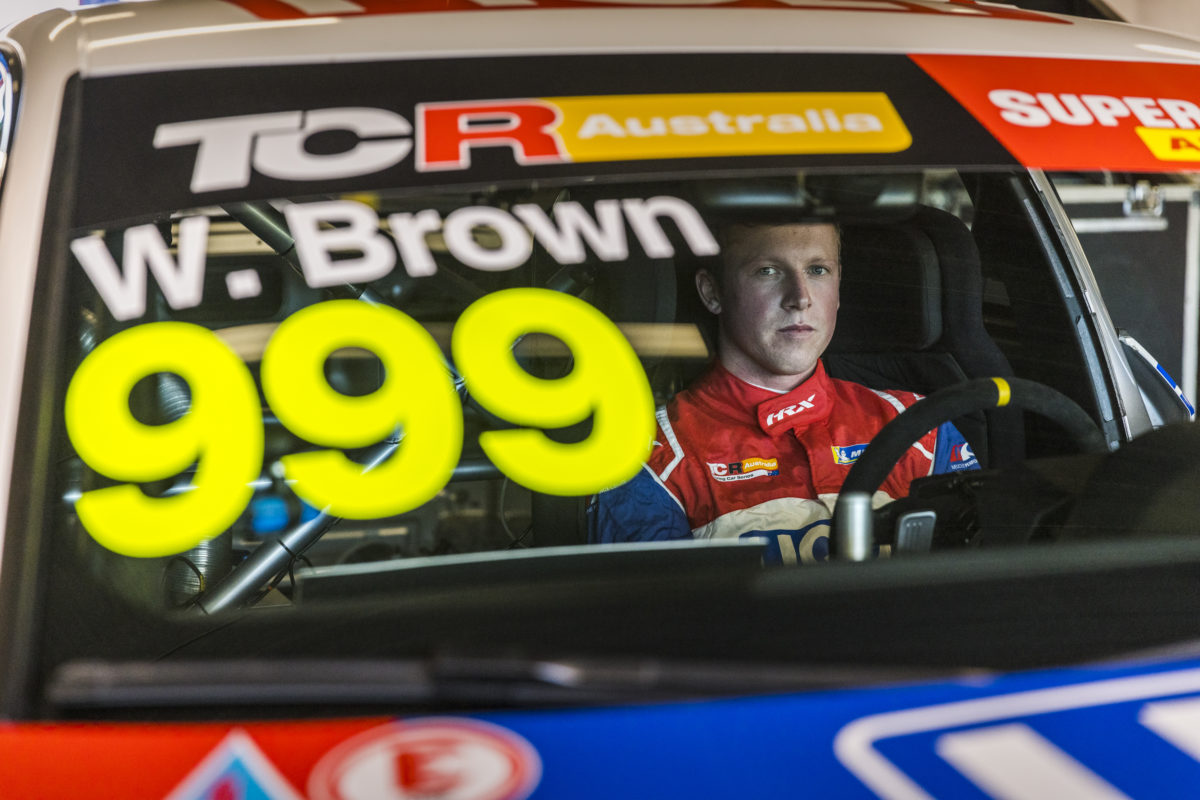 Will Brown has gone fastest in Practice 1 for Round 5 of the Supercheap Auto TCR Australia Series at Queensland Raceway, by a slim margin over Tony D’Alberto.

Just 0.0134s separated the #999 Audi and the #50 Honda of the series leader after the opening half-hour of running this weekend, with James Moffat 0.2508s off the pace in third place.

Brown had held sway once the field had reached somewhat representative lap times, ending his first run in his Melbourne Performance Centre RS 3 LMS on a 1:13.9172s.

D’Alberto moved up to second with a 1:13.9620s in his Wall Racing Honda Civic Type R just past the halfway mark, before Brown reset the fastest lap again when he clocked a 1:13.7679s.

D’Alberto threatened to usurp the Queenslander on multiple occasions during his third and final run, but ultimately consolidated second spot with a 1:13.7813s.

Garry Rogers Motorsport’s Moffat (Renault) finished third thanks to a 1:14.0187s on his first run, from Zac Soutar (Honda), and Kody Garland (Renault).

Josh Buchan was slowest of the 18 having spent the majority of the session in the pits, his best time being a 1:16.6045s in one of the HMO Customer Racing Hyundai i30 Ns.

Practice 2, another half-hour hit-out, starts this evening at 18:15 local time/AEST.