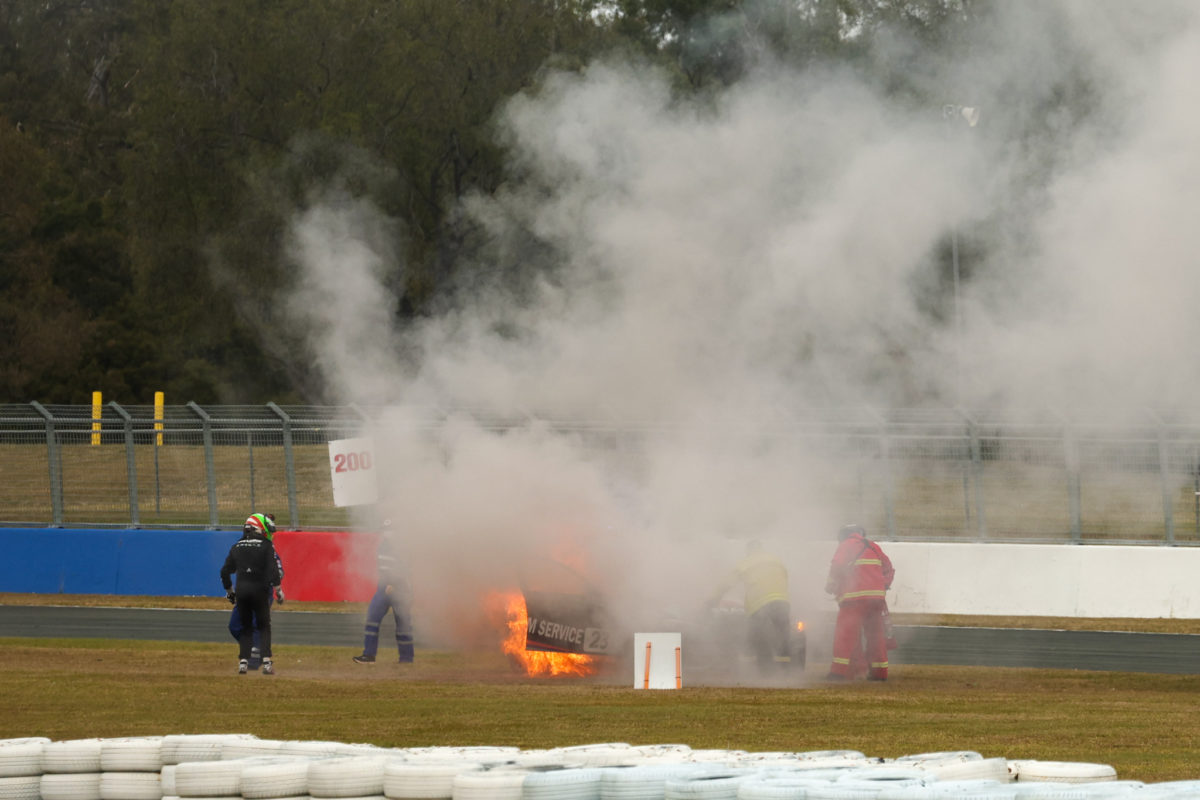 A BMW has caught fire in Practice 1 for Round 2 of Australian Production Cars brought to you by Liqui Moly at Queensland Raceway.

Bathurst 6 Hour winner Tim Leahey was behind the wheel of a Bruce Lynton-entered M3 when a technical problem led to a fire.

Thankfully, Leahey was uninjured and the team is in fact working on turning the car around for tonight’s Qualifying session.

“The fire was quickly extinguished and repairs are currently underway to ensure the entry will be able to front for qualifying this evening.

“Management of the Australian Production Cars brought to you by Liqui Moly are pleased to confirm that no one was hurt in the incident, and thanks those on the scene for their assistance.”

This weekend’s APC round features two, 30-minute races either side of the competition’s flagship encounter, namely the ‘Fight in the Night’.

Drew Russell set the pace in Practice 1 in another Lynton-prepared M3, although it is Leahey and Beric Lynton who have won the Fight in the Night four times already and will thus be among the favourites for a fifth tomorrow, pending today’s repairs.

The race is part of the Shannons Motorsport Australia Championships, which also features the Supercheap Auto TCR Australia Series.