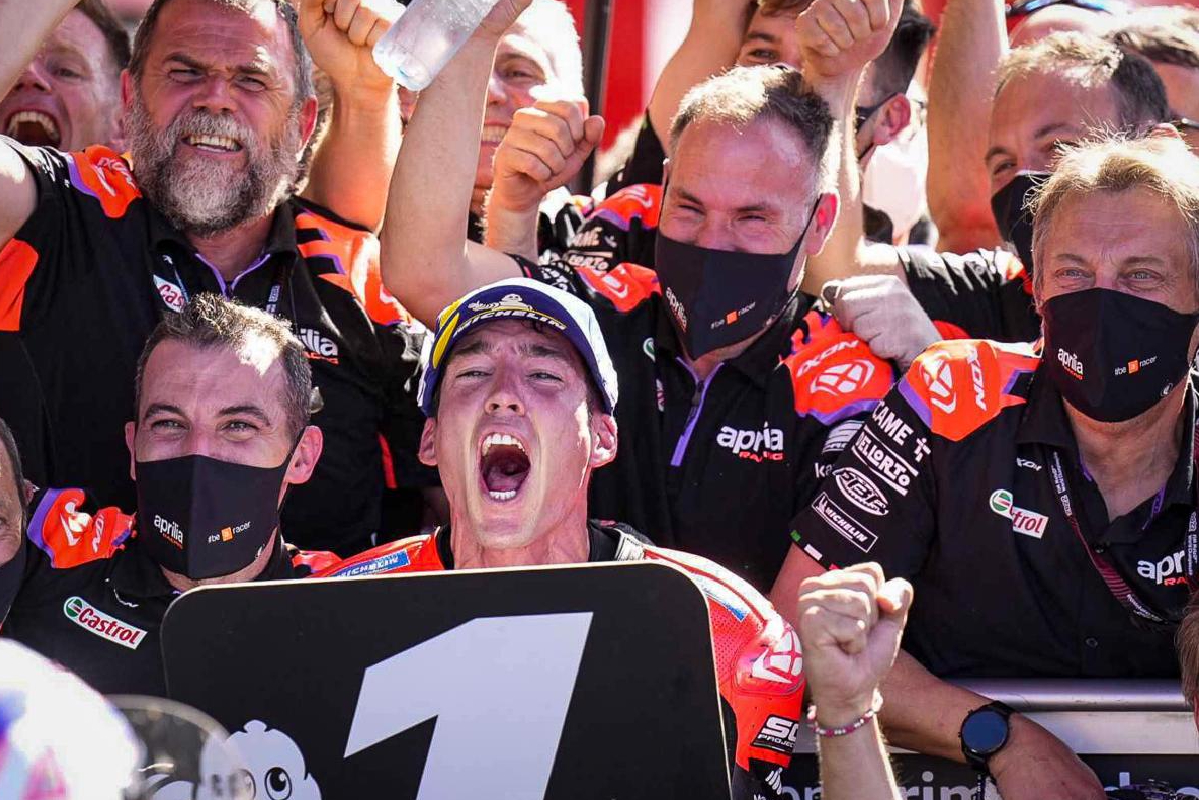 The CEO of Aprilia Racing leads the only factory outfit on the grid that doesn’t have a primary sponsor as part of its identity.

He argues a title sponsor is needed due to the cost of racing, as well as the imbalance that is caused by rival spending.

Despite the lack of title sponsorship, the team’s rider Aleix Espargaro has had a stand-out year and is second in the standings on 151 points, heading into Silverstone this weekend.

The Spaniard has won in Argentina, while finishing third in Portugal, Spain, France, and Italy.

Rivola’s call comes as the spending cap in Formula 1 has been set at $204 million (USD 140 million), dropping from $211 million last year.

Rivola told Speedweek the team’s performance has attracted the attention of sponsors.

“Yes, we do not have a main sponsor, I must give you the following answer. I can report: top sponsors are waking up and looking at us,” Rivola said.

“That’s a good sign, I really hope we find one.

“If we want to remain competitive, we need the right budget.”

Rivola added that a budget cap would be a viable option for MotoGP.

“The FIA has the necessary structures with competent officials who control the costs of the team in a professional way,” Rivola continued.

“There may still be loopholes, but Formula 1 teams’ operating costs are falling.

“Nevertheless, we have to discuss in MotoGP, where this budget cap system could also be an option for us.

“Then we can talk about banning all these super devices and systems that just drive up costs.

“We also have to talk about new aerodynamic restrictions.

“Aprilia is very strong in this area, but for the good of the championship and our core business, we should keep costs down.”

Rivola said manufacturers as a collective must strive to keep the performance level for everyone at a similar level.

“Equal or similar conditions should prevail for the designers.

“They don’t have to be identical, but similar.

“The satellite teams then contribute with powerful bikes to make the spectacle more attractive, to make the starting grid bigger and to develop young riders.

“As we look ahead to our future, we should give serious thought to containing the costs.”

The 2022 British Grand Prix will take place this weekend at Silverstone from August 5-7.