29-Trans Am cars set for QR

29-Trans Am cars set for QR 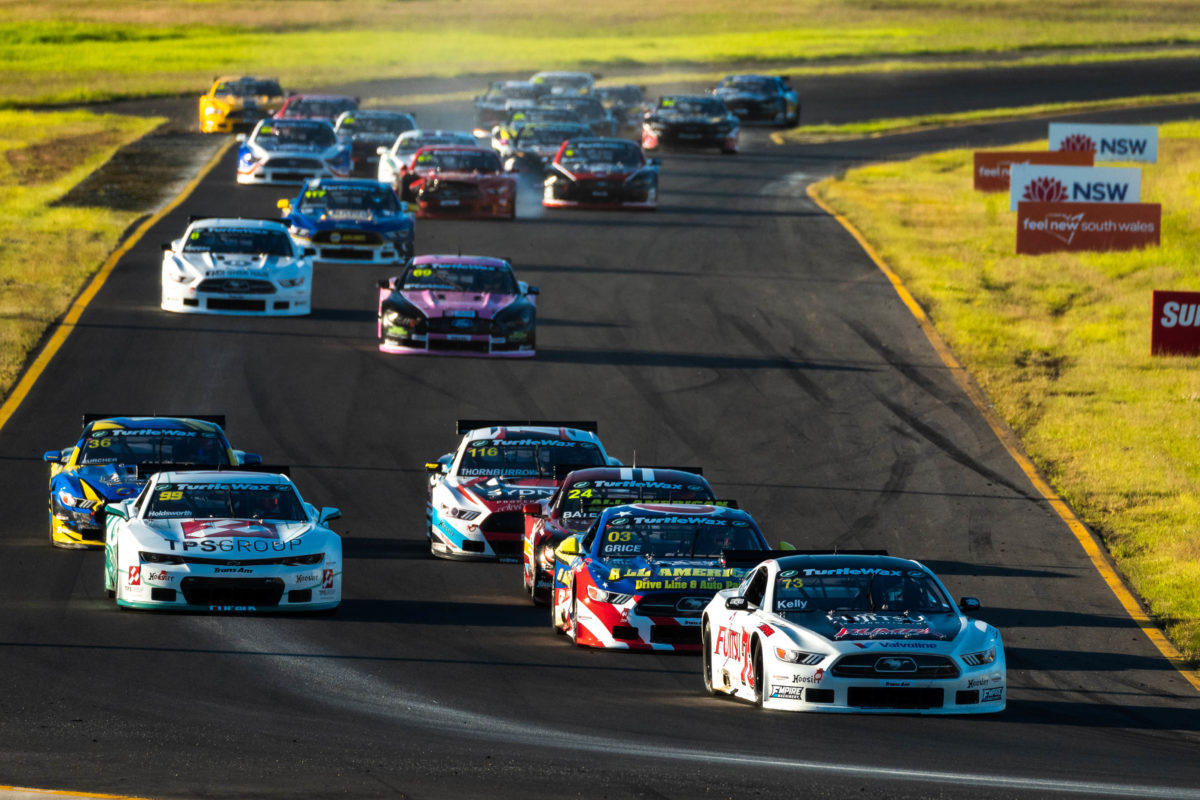 A 29-car field will take to the track for Round 5 of the Turtle Wax Trans Am series at Queensland Raceway this weekend.

The penultimate round of the series is set to be held as part of the Shannons Motorsport Australia Championship event.

The V8 muscle car field is headlined by Repco Supercars Championship driver Brodie Kostecki, who will make his debut in the series.

The 24-year-old is set to drive Tim Shaw’s Chevrolet Camaro in a cameo appearance.

Ahead of his debut, he expressed his eagerness to race in the series, ahead of a planned tilt at NASCAR next year.

Supercars Championship leader Shane van Gisbergen was initially slated to drive Shaw’s Camaro, but was ruled out of the drive by Triple Eight Race Engineering.

Heading into ‘The Paperclip,’ Garry Rogers Motorsport team-mates Owen Kelly and Nathan Herne are split by just six-points at the top of the standings, while Wall Racing driver Tim Brook remains in striking distance from the lead in third on 17-points.

The coverage will be broadcast on Stan Sport between 11am-5pm on both Saturday and Sunday.