Results not a factor in Rosenqvist’s IndyCar ‘limbo’

Results not a factor in Rosenqvist’s IndyCar ‘limbo’ 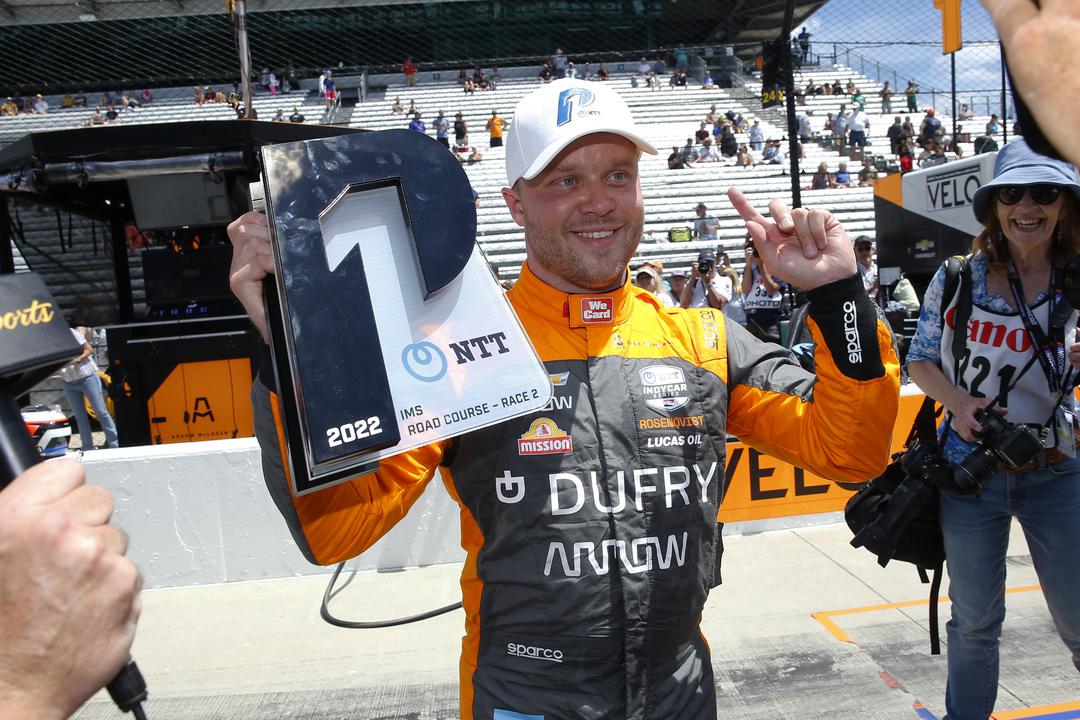 Felix Rosenqvist’s drive in 2023 will not be determined by how he fares in the back end of the current IndyCar season, he claims.

Rosenqvist’s renewal with McLaren Racing was announced on June 23 (local time), but there is still no confirmation whether or not he will stay in IndyCar at McLaren SP or be moved to the Formula E team.

Since the contract announcement, it has become clear that the Swede’s future depends in no small part on what happens to Alex Palou.

Palou is being sued by Chip Ganassi Racing for breach of contract, having committed himself to a move to McLaren Racing despite his current employer claiming to have taken up its option on his services for 2023.

If the Spaniard does get his way, then he would probably take the last remaining seat at McLaren SP, alongside incumbent Pato O’Ward and outgoing Andretti Autosport driver Alexander Rossi, although no specific racing programme was identified when his would-be defection was announced.

If not, then Rosenqvist, who wants to stay put, presumably becomes the front-runner.

A race winner with Ganassi, coincidentally enough, Rosenqvist’s formline is on the up in recent events.

In the last nine races, he scored his first podium with McLaren SP among a total of seven top 10s, while one of the two DNFs was a technical failure, with the other a crash at Iowa.

There was also a pole position just days ago, on the Indianapolis road course.

Apparently, however, it makes relatively little difference in his talks with McLaren CEO Zak Brown.

“Well, it seems like he has a lot of other things to think about right now,” quipped Rosenqvist, in reference to the Palou saga and/or the Oscar Piastri mess which has just exploded.

“Yeah, it never hurts, right? Like, if you’re doing well, if you’re performing, I think if you have the pace, that’s always a good thing; I don’t think it hurts.

“Obviously, the conversations we had have indicated that it doesn’t really… that’s not really what it stands between, if I’m quick or not quick.

“But yeah, I think it’s more complex than that, let’s say, but I think it never hurts.

“That’s all I can do, as well. I’m just going to continue to keep my foot down and try to win races.”

The 30-year-old reiterated that he remains “kind of in limbo about next season”, amid signs that the Ganassi versus Palou court case will drag out.

Palou could, theoretically, get the second McLaren Formula 1 seat instead, and Rosenqvist was asked who out of the 2021 IndyCar champion, incumbent Daniel Ricciardo, or Piastri, he thinks will fill it next year.

“I honestly don’t know,” he responded.

“I’m just enjoying the whole thing from a safe distance.”