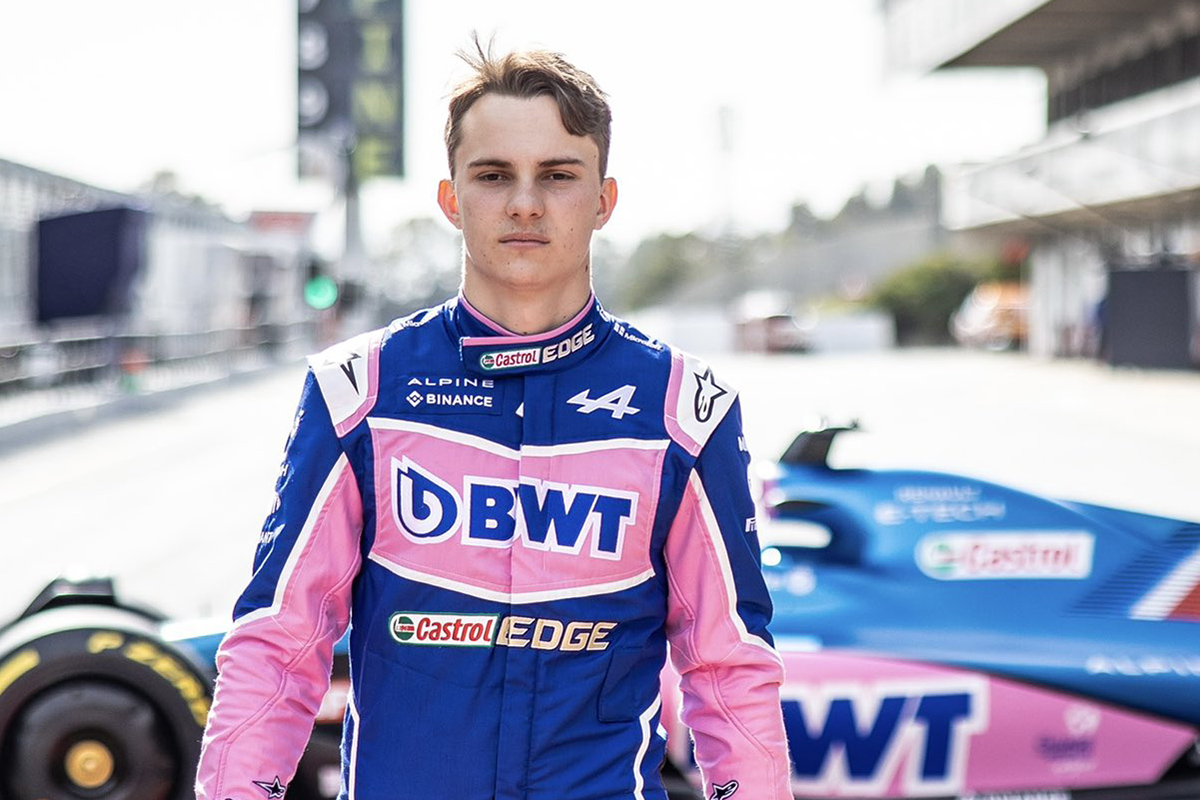 There is confusion over whether Oscar Piastri will in fact drive for Alpine in the 2023 Formula 1 season despite his confirmation earlier today.

Alpine released a statement in the early hours of Wednesday morning that the Australian will race for the team alongside Esteban Ocon next season.

However, there were no quotes from Piastri himself and, when Speedcafe.com asked the team why, the response was that it was in fact a ‘communication to confirm the team’s position and intention’.

It’s a subtle but important difference in terminology and comes amid speculation a deal has been agreed with McLaren that would see Piastri replace Daniel Ricciardo.

The Woking-based squad refused to comment on the matter and reaffirmed its public position supporting Ricciardo.

Piastri is a member of the Alpine Academy, having had support from the French manufacturer throughout the latter part of his junior career.

He’s worked as reserve driver this year as Alpine was unable to promote him to a Formula 1 race seat due to the presence of Esteban Ocon and Fernando Alonso.

It was expected that Alonso would remain with the team for at least another season, despite being out of contract, leading to suggestions Piastri could be loaned out.

Williams was the obvious choice, though it’s understood conversations have recently taken place with McLaren, which is the preferred destination.

It’s a situation somewhat reminiscent of Jenson Button, who signed a deal to return to Williams for 2005, only to be forced to remain at BAR.

That point was raised by Otmar Szafnauer, Alpine’s Team Principal, in a media call in the hours prior to the ‘confirmation’.

Speaking in that call, Szafnauer addressed Alonso’s sudden and unexpected departure, and the situation surrounding Piastri.

“I’ve been around long enough where I’ve seen this kind of thing actually play out when Jenson [Button] signed with Williams and ended up at BAR-Honda and there was absolutely no issue,” Szafnauer had said.

“I know Oscar is different from Jenson. Hopefully we don’t have to go down that route anyway.

“Your presumption was, ‘Oh, a driver wants to go somewhere else’, hopefully, that’s not the case.

“But I have seen it where a driver actually signed with another team incorrectly, so had to drive for the team that he initially signed with, and it was absolutely no issue.

“Jenson at the time did a stellar job at BAR-Honda and never ended up [back] at Williams.”

Szafnauer also stated his belief that, contractually, Alpine had the first call on Piastri’s services.

There are, he reasoned, obligations for both parties to meet, claiming Alpine was holding up its end of the bargain and Piastri was therefore compelled to drive for the Enstone-based squad.

“There shouldn’t be any complications,” Szafnauer said.

And yet there was no comment from Piastri in the announcement, with the team seemingly walking back from the ‘confirmation’ it had earlier proclaimed.

It’s a confused situation, overshadowing what should be a momentous occasion for the young Australian.

Speedcafe.com reached out to Piastri’s management though had no response at the time of publication.