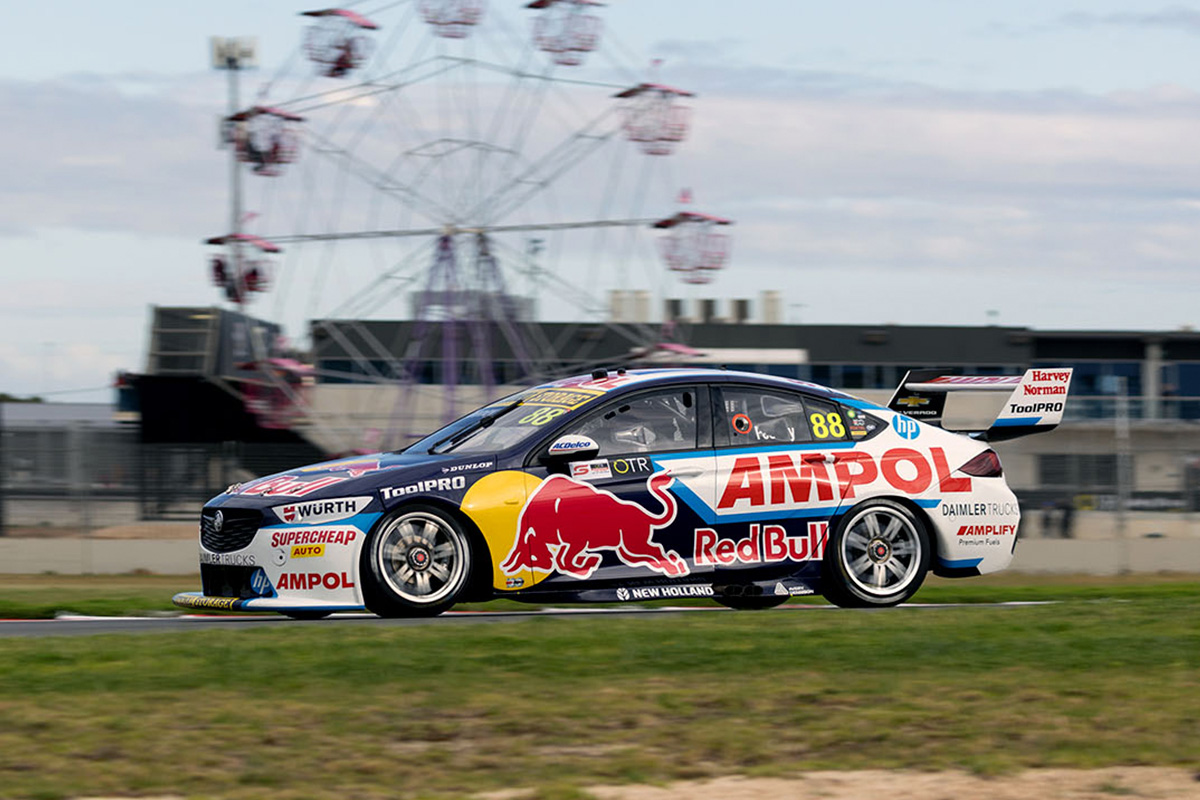 Jamie Whincup is pleased to see Triple Eight rookie Broc Feeney trying his luck and making mistakes as the 19-year-old settles into the Repco Supercars Championship.

Feeney’s results are continuing to trend upwards, with the #88 once again impressing with his consistency at The Bend Motorsport Park.

While his lowest result was a seventh in the Saturday encounter, the Red Bull Ampol Racing driver then netted a sixth in Race 22 and a fifth-place finish in Race 23.

It wasn’t without a few wobbles, though Whincup suggests it’s all encouraging signs.

Feeney had been running second at one point courtesy of a pass on team-mate Shane van Gisbergen in the rain-affected conclusion to the OTR SuperSprint.

However, he then ran off the track on Lap 6 and plummetted to ninth, before working his way back up to fifth at the chequered flag.

“I thought Broc did a fantastic job,” Whincup enthused to Speedcafe.com.

“I prefer him to drive the way he did this weekend; he was there, he was in the mix, qualified on the second row.

“[Made a] few little errors here and there but that’s what you want from a young driver.

“I’d prefer that rather than somebody just running around mid-pack.

“He’s having a crack and learning at a pace that’s really competitive.

“I was really happy with the way he went this weekend.”

Feeney felt he was capable of more than his results showed over the weekend, having tested at the South Australian circuit a few weeks prior.

The 2021 Super2 Series winner, who is sixth in the championship points in his debut season, is typically one of his own biggest critics but saw the positives in the event.

“We’ve had some good results, but it’s also been a little bit up and down,” said Feeney.

“Obviously getting a second row start was good, but overall I’m reasonably happy with those performances.

“The last race [on Sunday] was super wet – I normally enjoy racing in the wet, but I’ve only done three laps on the wet Dunlops before so it was pretty exciting.

“I had really good speed at the start and got to second, and I was right behind Cam [Waters] but I locked up and came off which totally sucks.

“We had really good pace at that stage and we were looking really strong, so to stuff up was really disappointing.

“I had a good comeback and passed a lot of guys and had really good speed, so there’s a lot of positives to take out of [the round], and it’s been our most consistent weekend overall.

“We also managed to bank a good chunck of points, so there’s plenty of things to be happy about, but it sucks because I feel like it’s the one that got away.”