Rossi: Leaving Andretti without another win would have been a ‘sad story’

Rossi: Leaving Andretti without another win would have been a ‘sad story’ 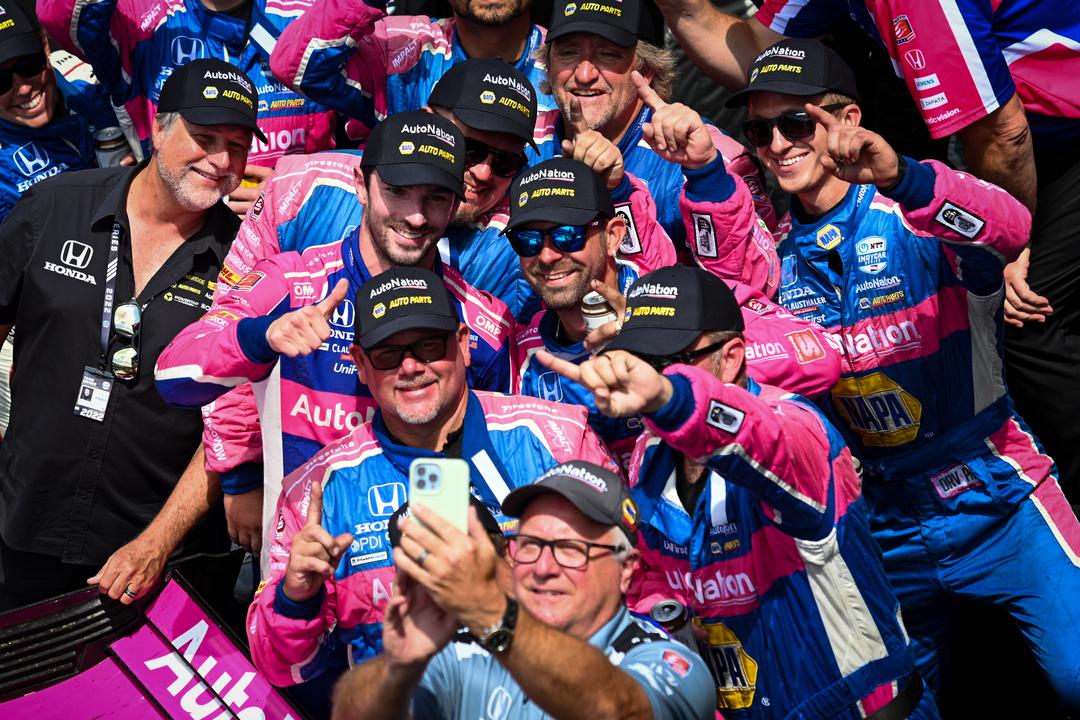 Alexander Rossi says it would have been a “sad story” if he had bid farewell to his Andretti Autosport crew without another IndyCar win.

Rossi’s victory in the Grand Prix of Indianapolis was his first in more than three years, and came in his fifth-last race before he moves to McLaren SP.

The Californian has been with Andretti since his rookie 2016 season, when he won the Indianapolis 500, and fought for the IndyCar title in 2018 and 2019.

However, he has essentially been a bit part player since then, finishing ninth in the 2020 season and 10th in 2021, and was 10th before his win last time out.

Rossi has maintained that his motivation was unchanged despite his impending exit, even if he was happy to see McLaren SP doing well when he struggled a week earlier at Iowa.

Still, delivering a parting gift for Andretti, and the #27 crew in particular, was a welcome development.

“It would have been a pretty sad story if we weren’t able to,” said the 30-year-old.

“As I said before, it’s been hard for them as well, so it’s great to do it as a unit and as a group on the 27 car, to kind of get this behind us, and hopefully we can have a pretty strong run to the end of the year.”

Rossi also hailed the commitment of the squad to a driver who was on the way out the door and not winning.

“When we started this kind of three-year journey in ’19, this wasn’t the expectation for the past two-and-a-half years, so that’s been hard on everyone.

“I think that it’s a nice reward for everyone. No one ever quit, no one ever stopped, ‘Oh, Alex is leaving, so who cares anymore?’

“That was never a thing, and I’m so appreciative to Michael and all the engineering staff for continuing to push to give me the best possible equipment, because I’ve been in situations in the past where that’s not necessarily been the case.

“I think that is a testament to them as people and as a race team, and we couldn’t be here without them, so it’s a huge win for myself but definitely for all the 27 guys, as well.” 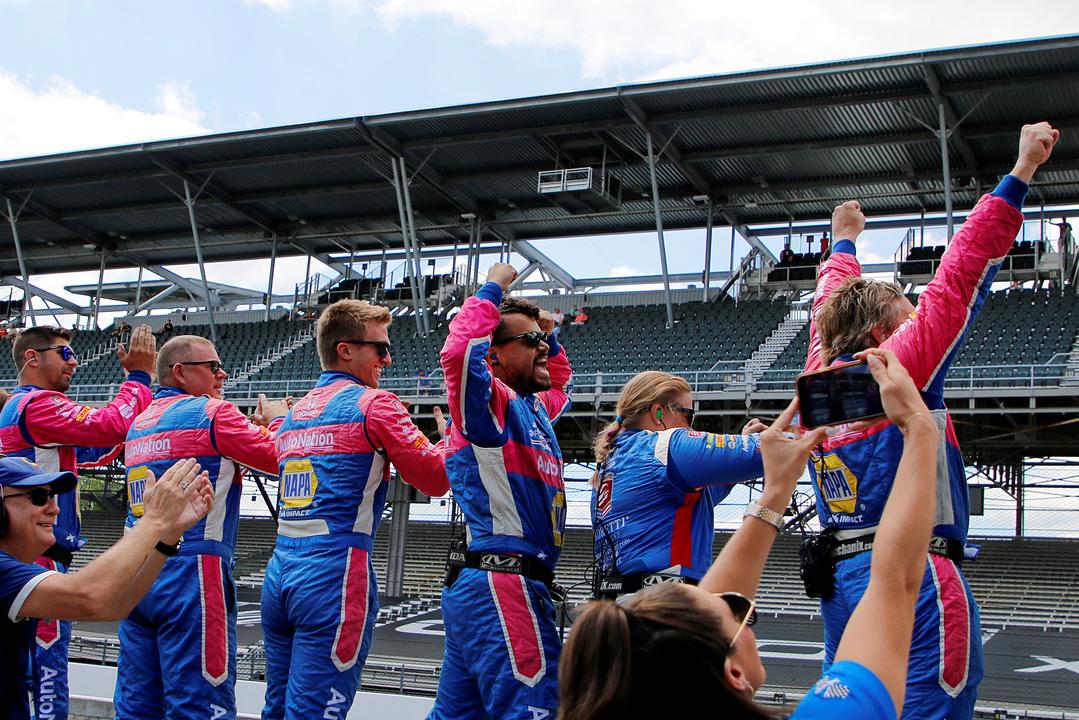 Rossi’s crew celebrates as he takes the chequered flag

Rossi had gone winless for 49 races dating back to the 2019 encounter at Road America, a dominant victory which left him just seven points behind the series lead at the time.

On his own feelings about breaking the drought, he remarked, “a lot of relief, I think, is the main word.”

There was also sympathy for team-mate Colton Herta, who held a narrow lead when he suffered a technical failure on Lap 42 of 85 at The Brickyard.

“It sucks what happened to Colton but I’ve had my share of things,” Rossi noted.

“It comes full circle, I guess, sometimes, so it’s good to be up there.”