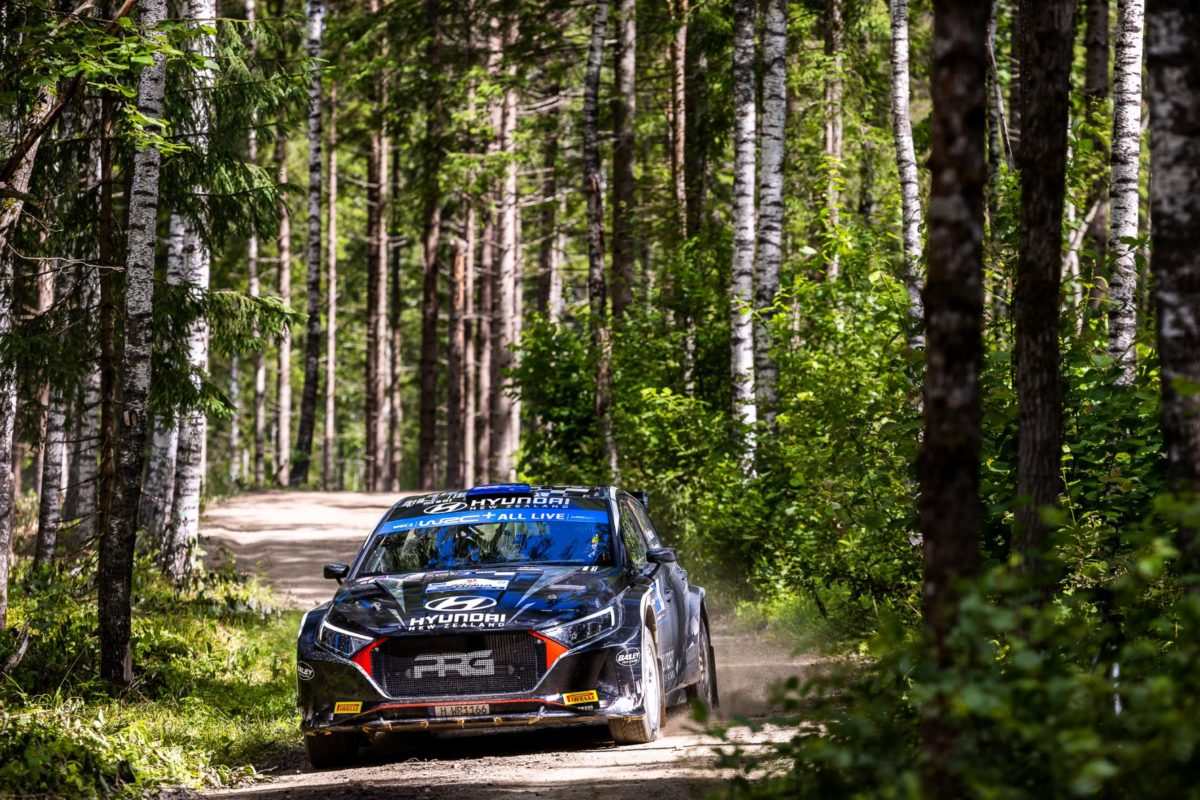 After his return to the World Rally Championship was cut short, Hayden Paddon is looking forward to competing in Rally Finland this week.

The New Zealander was only able to complete the first morning of competition at Rally Estonia, before testing positive for COVID-19.

Since then, Paddon and the Hyundai New Zealand Rally team have been working hard on developing the Hyundai i20 N Rally2 car, ahead of the team’s second WRC2 event in Finland.

The 2016 Rally Argentina winner said the team completed a short test in late July to assist their learning and data collection with the new car.

“We introduced a small test prior to Finland to try and learn more about the car and continue our development,” Paddon said.

“It was really good to experiment and try some new set-ups.

“By the end of the day I felt a lot more comfortable behind the wheel.

“The plan is to take this confidence into the weekend and see how the car performs in rally conditions, but we are certainly tracking in a good direction.”

Paddon is looking forward to the Finnish rally, describing it as one of his favourite WRC events.

“It’s always been one of my favourite European events, with the fast, flowing roads and the jumps, it is pretty much a gravel rollercoaster,” Paddon remarked.

“When you get it right, it’s an amazing sensation.”

While a podium result would be ideal, Paddon and co-driver John Kennard are setting their sights on a consistent performance.

“Thinking of Finland, we’d love to target a WRC2 podium here but we’re under no illusions how difficult that will be,” Paddon added.

“Not only are we still working on the feeling with the car, but the local competitors are very fast.

“We’re aiming for a consistent pace throughout the weekend to try and challenge the locals.”

Paddon and Kennard are among 17 competitors entered in the WRC2 category.