Anton De Pasquale reflects on a chilly trip to The Bend Motorsport Park for the recent OTR SuperSprint, in his latest The Distiller column, exclusive to Speedcafe.com. Cold, windy, and wild. That was The Bend in a few words.

Pretty proud of the hard yards our Shell V-Power Racing Team crew tipped into Car #11 over the weekend. We weren’t exactly where we wanted to be on the results sheets, but everyone kept their eyes on the prize.

There were a few changes we had to make overnight from Saturday into Sunday. Car speed was a bit of an unknown in Saturday’s race because our track position wasn’t ideal; we just struggled in the train and ninth was no good.

On Sunday, we qualified a couple of rows back for Race 22 and then had a front row start for Race 23, but nobody could have predicted how wild those races ended up being.

The crash between Andre and Thomas was huge.

I saw Tom stall on the front row — I was a couple of rows behind him in fifth so he was in my line of sight. I didn’t see any of the impact, but I just had the feeling it was going to be difficult for the whole field to swerve around a car stalled on the front row like that.

Something like that puts you off a little bit. You get the yellow flags warning on your dash and you’re always thinking ‘I hope that doesn’t end bad’.

I’m glad they’re both okay and out of hospital now.

It was pretty hectic on that first start down to Turn 1; Shane [van Gisbergen] and James [Courtney] came together and then Shane ran into Cam [Waters] as well.

There was a bit going on! I got up to second and then the red flag came out and they reset the order back to our qualifying positions. Then we had the second restart — it was actually pretty similar on the launch, I made up a spot and went around the outside again.

I thought I’d try my luck twice in a row which is probably a bit brave. From there, I just didn’t have the car speed to run with the front few guys over the full race distance and we ended up fifth.

Then we came to the final race of the weekend with the rain. Sitting on the grid I was super focused; it was madness around me with everyone changing tyres from slicks to wets. 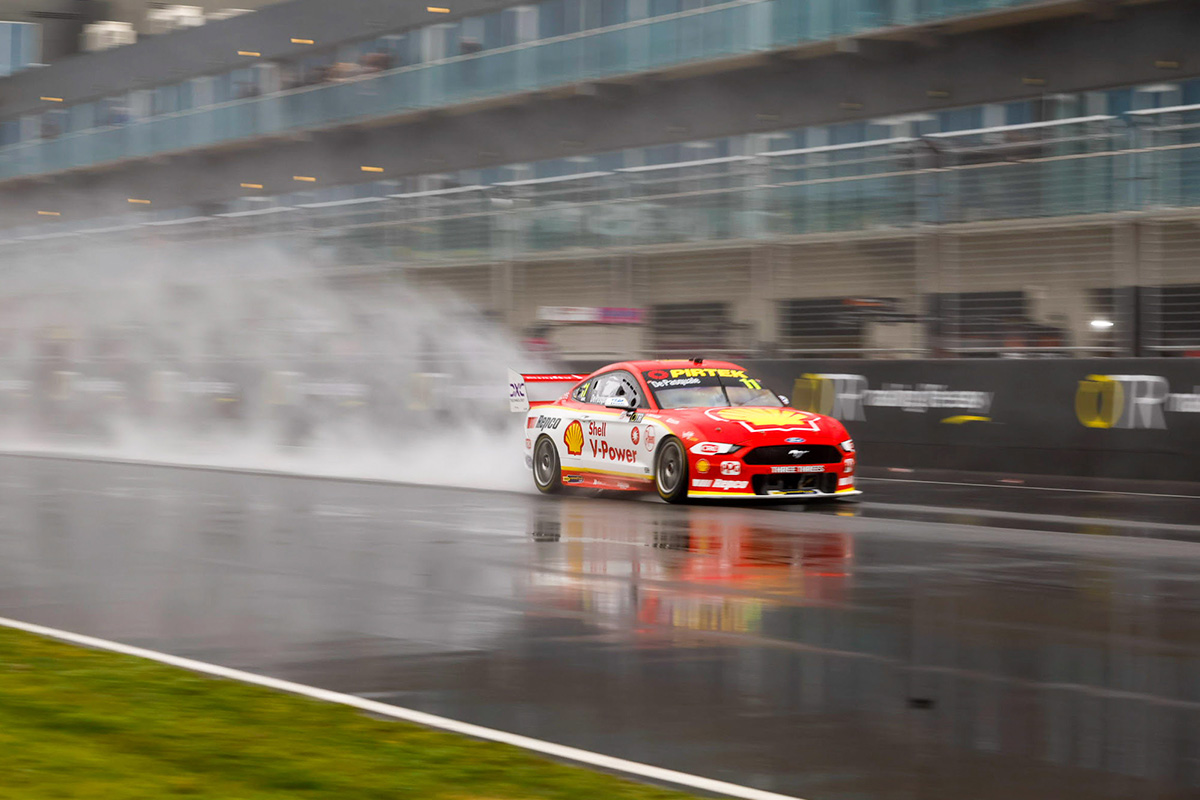 I wasn’t really fussed that it rained, but we made some changes and I was really interested in seeing what they did. Quite a bit larger than what we had done earlier in the weekend. So it’s an unknown as to whether that would have put us down the path we needed to go.

Little bit disappointed we didn’t get to see that, but the rain is always exciting; it puts on a crazy show which it definitely did.

It’s so easy to make mistakes — we saw lots of people do so in those conditions. The track was okay for the first half and then it started raining even heavier and the standing water got worse.

It just got really difficult and we lost a lot of performance during that period to the guys we were racing. Before that, we weren’t too bad, but when it rained really heavily it changed everything.

There were cars going off left, right, and centre and I was, unfortunately, one of them.

Went off the track at Turn 6, basically, all the wheels locked on a patch of water and we aquaplaned right off the track. That’s probably where a likely podium got lost and we were on the back foot from there and dropped a few more spots.

For the championship, it was not an ideal weekend at all, especially with Shane winning all three races. We’re trying to obviously do that ourselves and win as much as we can, but it’s not that easy out there.

Everyone is quite close and he’s a couple of steps ahead of the whole field. Our crew — and I’m sure everyone in pit lane — is working hard to try catch up to Shane, not only in each race but also in the title fight.

He’s quite a bit ahead now in the championship points, but it’s important for us to find more car speed and get some race wins over him.

Lots of homework to do back at the shop, and hopefully, we drop the truck’s tailgate at Sandown and roll out with a good car to get some wins back in our corner. 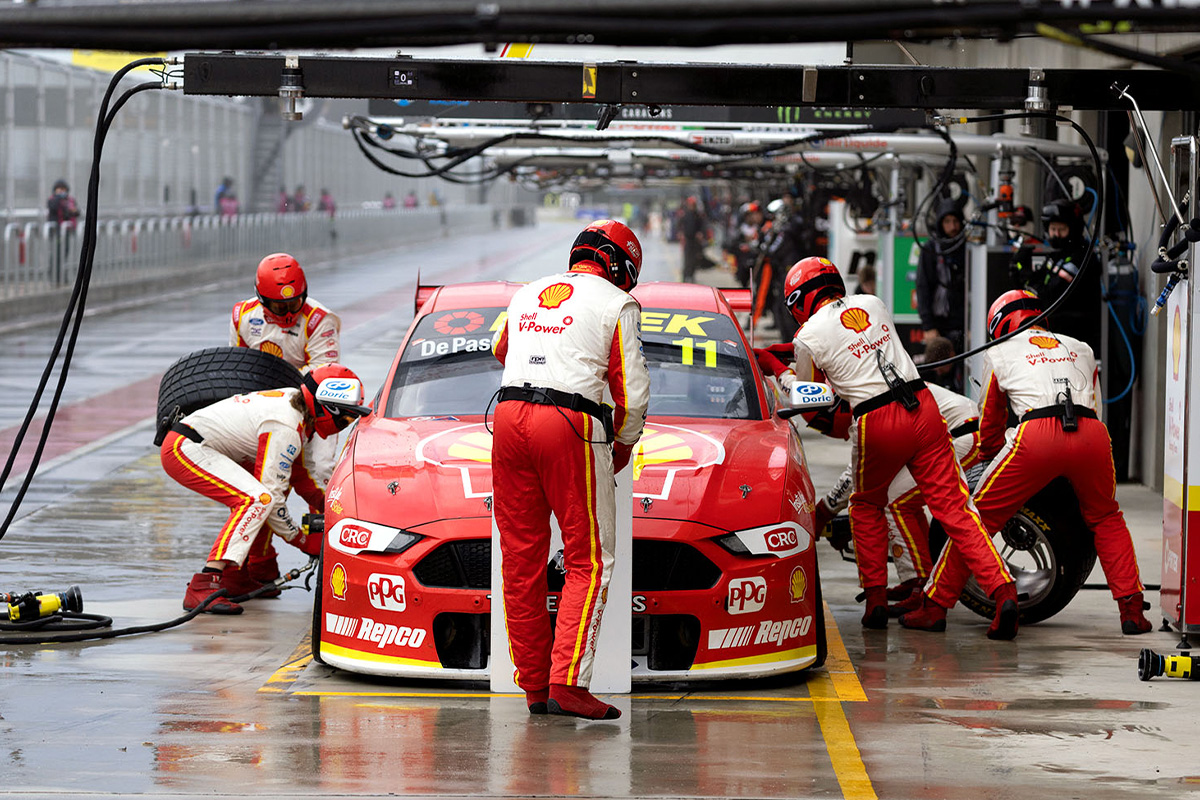