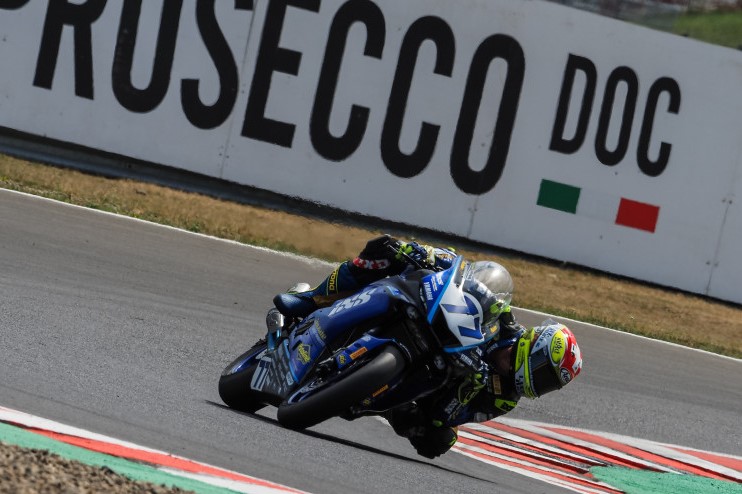 Supersport World Championship leader Dominique Aegerter has copped a one-race ban for “unsporting behaviour” in the form of “simulation” of concussion symptoms.

The Swiss rider crashed in Saturday’s Race 1 of the Czech Round at Most but, on the following morning, was declared fit to participate in Race 2.

However, he would in fact be banned from Race 2 after a stewards investigation found that he faked the symptoms in the hope of forcing a red flag in Race 1.

Aegerter qualified fourth and was part of a five-rider crash at the first corner, with a number of others also spraying through the gravel or up the run-off road.

Broadcast footage showed two of the riders walking away without signs of excessive discomfort, and another two re-joined the race.

Aegerter, on the other hand, appeared unable to get to his feet despite the assistance of marshals, and eased himself back into a sitting position in the gravel trap before getting onto a stretcher.

A statement from WorldSBK read, “On Saturday afternoon, Aegerter was rescued on the track and checked by the Chief Medical Officer (CMO) at the Medical Centre and was declared unfit due to the presence of possible concussion symptoms.

“On Saturday evening, Aegerter went to the Hospital for further assessments and on Sunday morning he admitted the simulation of symptoms to the CMO, and after a deep re-check was declared able to ride.

“Following a FIM Stewards investigation, FIM Stewards ruled that Aegerter acted in an unsporting manner by simulating a medical situation in order to delay the recovery process and thus force a stoppage of the race by red flag.

“This is something that the 31-year-old Swiss rider admitted to with a supporting statement, submitted to the FIM Stewards.

“For his unsporting behaviour, he has been given an immediate one race ban, which means he will not take part in Race 2 at Most.

“After clarifications of yesterday’s behaviour to the Chief Medical Officer of the circuit and the subsequent further medical assessments and examinations that have been made, it is declared that Dominique Aegerter would have been fit to race but will not take part due to the FIM Stewards’ ruling.”

Lorenzo Baldassarri would win both races, closing the gap to Aegerter at the top of the championship to just 14 points.

Oliver Bayliss, son of Troy, is 17th in his rookie season after finishing 13th in Race 1 and crashing out of Race 2. 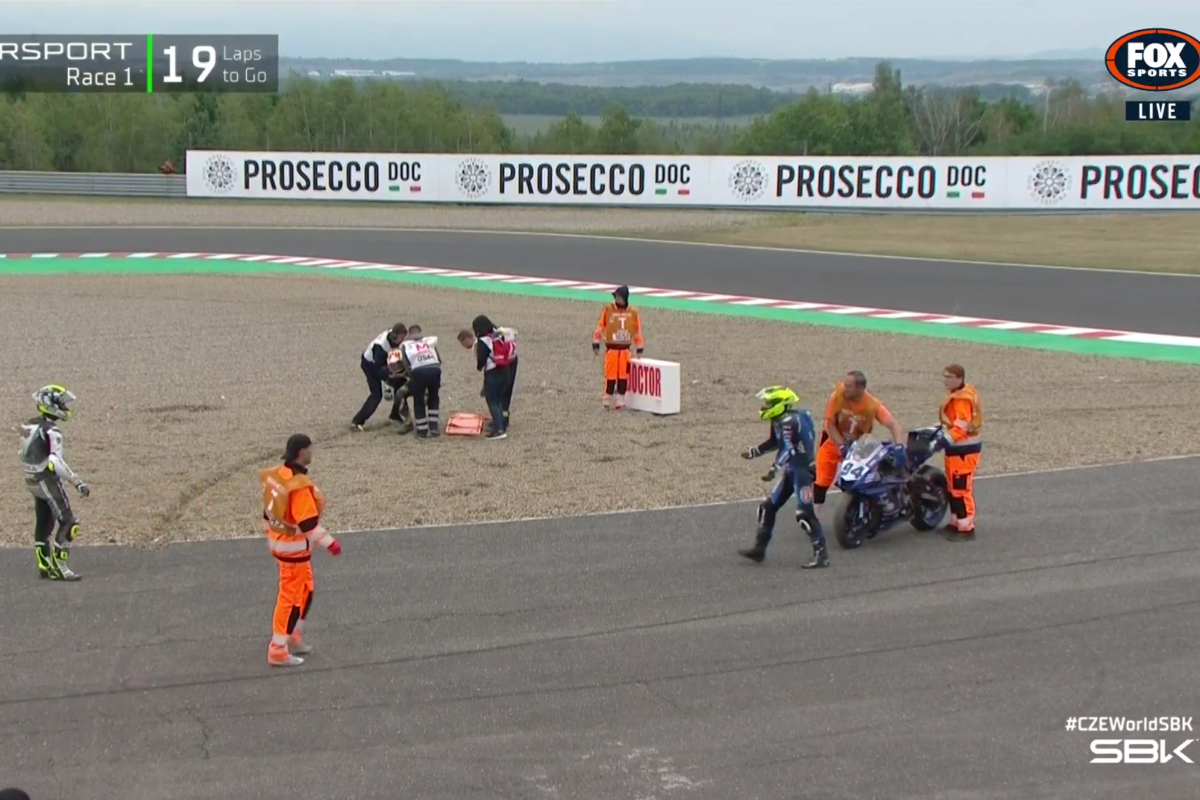 Aegerter is apparently unable to walk away. Picture: Fox Sports