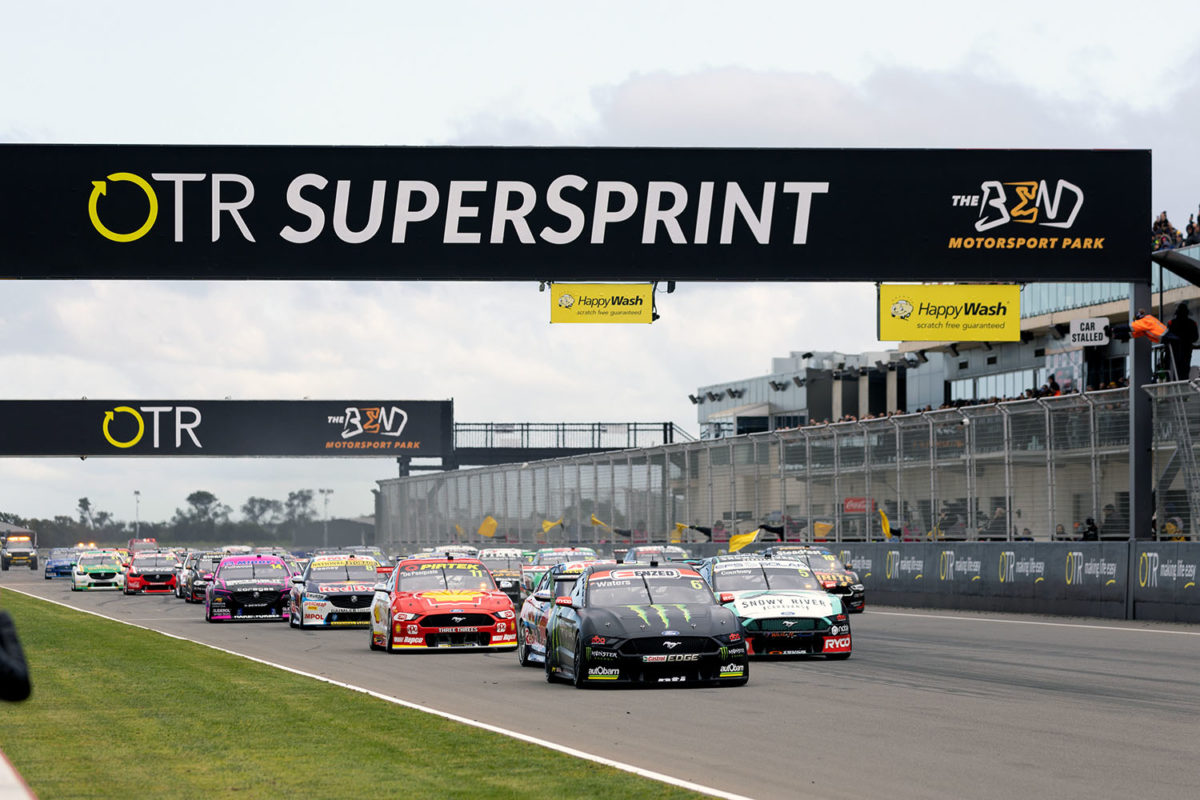 Following the big shunt at The Bend, we ask if you think Supercars should employ rolling starts, in this week’s Pirtek Poll.

Thomas Randle and Andre Heimgartner were taken to hospital for scans, while there are question marks over whether their cars will race again, after their collision at the start of Race 22.

Randle had stalled on the outside of the front row and his Ford Mustang was nailed by Heimgartner, who had already built up a head of steam given he had qualified five rows further back, in a 38 g impact.

Other drivers, including championship leader Shane van Gisbergen, have given conflicting takes on just how well Supercars’ incar warning system dealt with the situation.

However, another matter that has now been raised by fans commenting on that report is that of rolling starts.

Supercars has not used the practice since the 2016 Australian Grand Prix, where any number of experiments were made to formats before it became a points-paying event on the calendar in 2018.

Standing starts are, of course, the overwhelming tradition in Australia and Europe.

The 1988 Bathurst 1000, for example, sticks out because it is the only time a rolling start has been employed in the Great Race, when it formed part of the Asia-Pacific Touring Car Championship.

Here, rolling starts tend to be used for reasons of necessity, noting that the two most prominent examples of competitions which feature them are Gulf Western Oils Touring Car Masters and Fanatec GT World Challenge Australia Powered by AWS.

While sister categories from the Australian Racing Group family, they otherwise have little in common save for the fact that the vehicles in the respective fields are so varied, a standing start would put some competitors at a rather large advantage.

Supercars, on the other hand, is a technical parity category.

With respect to the Randle-Heimgartner incident, a rolling start may be safer, given there is no prospect for a car stalling and being shunted.

However, the safety argument cuts both ways, as demonstrated by the carnage at a rolling start at the 2015 Australian Grand Prix.

Supercars changed the procedure for the following year’s appearance at Albert Park, with cars allowed to accelerate once the red start lights went out, rather than waiting for the leader to jump in a prescribed Acceleration Zone.

Safer though that may be, it diminishes the advantage which the pole-sitter has earned, and is also inconsistent with the category’s current restart procedures.

Regardless, it also stands to reason that a rolling start means that cars will certainly arrive no slower, but potentially quicker, to the first corner of the race than otherwise would be the case.

When the field is tightly bunched, potentially from double file, the risk of crashes is thus greater.

How would a rolling start work at Adelaide, for example, where cars would have to funnel into Senna Chicane at near racing speed? Jason Bright’s 2014 rollover, albeit from a single-file Safety Car restart (during the Acceleration Zone era), shows what can happen when drivers are jostling for position.

Worth noting also is that in North America, where the rolling start is king, much racing is done on ovals, which do not have hard braking zones.

Then there is the entertainment angle.

Is it more entertaining to see drivers forced to accelerate from a standstill, with rear wheels smoking, or is the sheer speed of a rolling start more exciting?

While there is certainly an element of skill in executing a rolling start, having to hold an engine at an optimal amount of revs then negotiate the clutch release, with cold tyres and a relatively heavy fuel load, is a far more difficult process.

The task of getting a Supercar off the line is thus one which distinguishes drivers in the category on the basis of skill – much like the heel-and-toe.

Interestingly, Formula 1 even uses standing restarts, which certainly create the potential for action in their own right.

What do you think? Should Supercars use rolling starts, stick with the tradition of standing starts, or use a mixture?