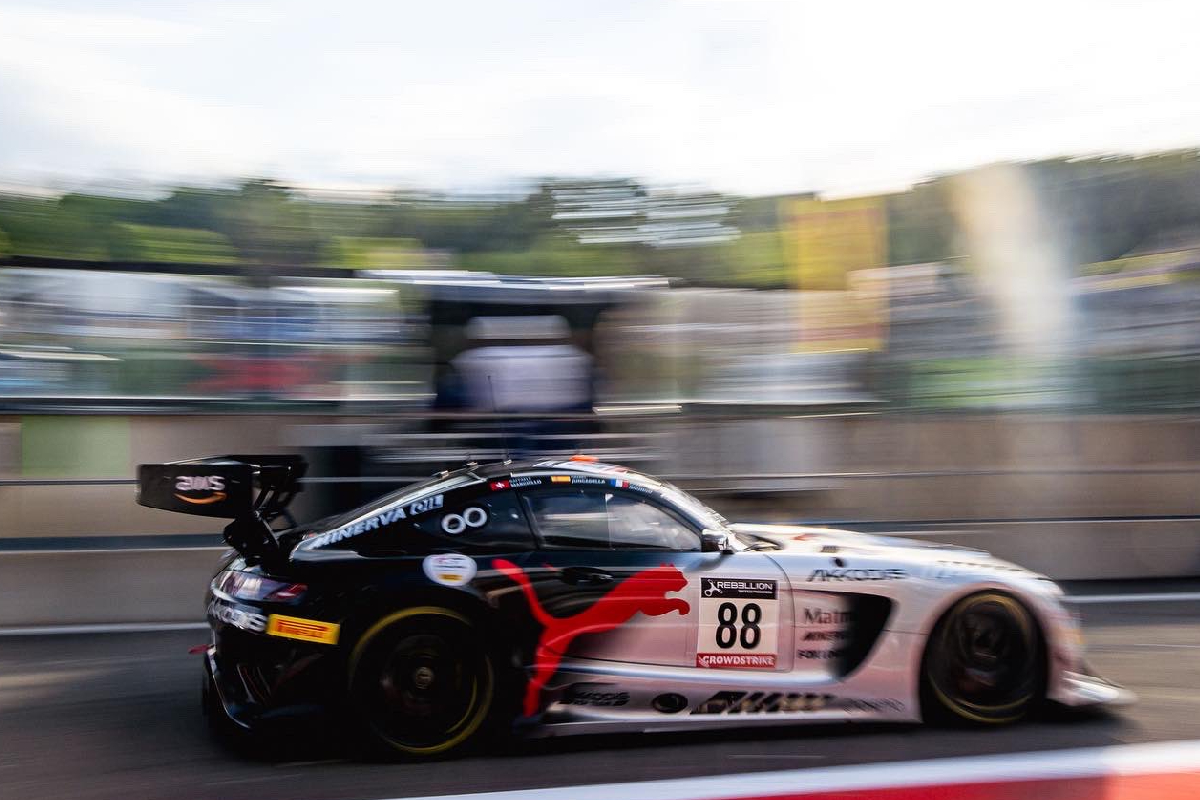 Mercedes-AMG has collected a one-two finish in the 2022 24 Hours of Spa.

The Akkodis car of Raffaele Marciello, Daniel Juncadella, and Jules Gounon, was followed across the line by another factory entry in the GetSpeed car of Luca Stolz, Steijn Schothorst, and Maxi Goetz.

The Iron Lynx #71 Ferrari 488 GT3 of Antonio Fuoco, Daniel Serra, and Davide Rigon, finished third, its second podium in as many years after winning a year ago.

Silver Cup honours went to the #30 Team WRT Audi of Thomas Neubauer, Benji Goethe and Jean-Baptiste Simmenauer, with the entry taking a deserved class win after a tough contest that saw a number of contenders fall by the wayside.

The all-female crew of Doriane Pin, Rahel Frey, Sarah Bovy, and Michelle Gatting secured a resounding win for the Iron Dames in the Gold Cup standings.

In the Bronze Cup, the #20 Mercedes-AMG of George Kurtz, Reema Juffali, Valentin Pierburg, and Tim Müller secured the win.

The battle for Pro-Am honours began in relatively calm fashion, but there was plenty of drama on Sunday morning.

The #52 AF Corse Ferrari of Stefano Costini, Louis Machiels, Andrea Bertolini, and Alessio Rovera emerged at the head of the pack, clinching the team’s sixth class win since 2011, as well as a third for Machiels and Bertolini.

Matt Campbell was the highlight of the Australian and New Zealand contingent that had entered the race, with his EMA Motorsport team running as high as second, before the #74 Porsche 911 GT3 R eventually ended up finishing in 22nd.

The team dropped out of contention when Campbell was hit from behind, shortly after a Safety Car restart, while running in fifth.

There was also trouble for Matthew Payne, who crashed out of the race in the 10th hour at at Blanchimont, bringing out a red flag.

Jordan Love briefly lead the Silver Cup in the #4 Haupt Racing Team Mercedes-AMG GT3, before his race ended on Lap 333.