Kostecki to make Trans Am debut

Kostecki to make Trans Am debut 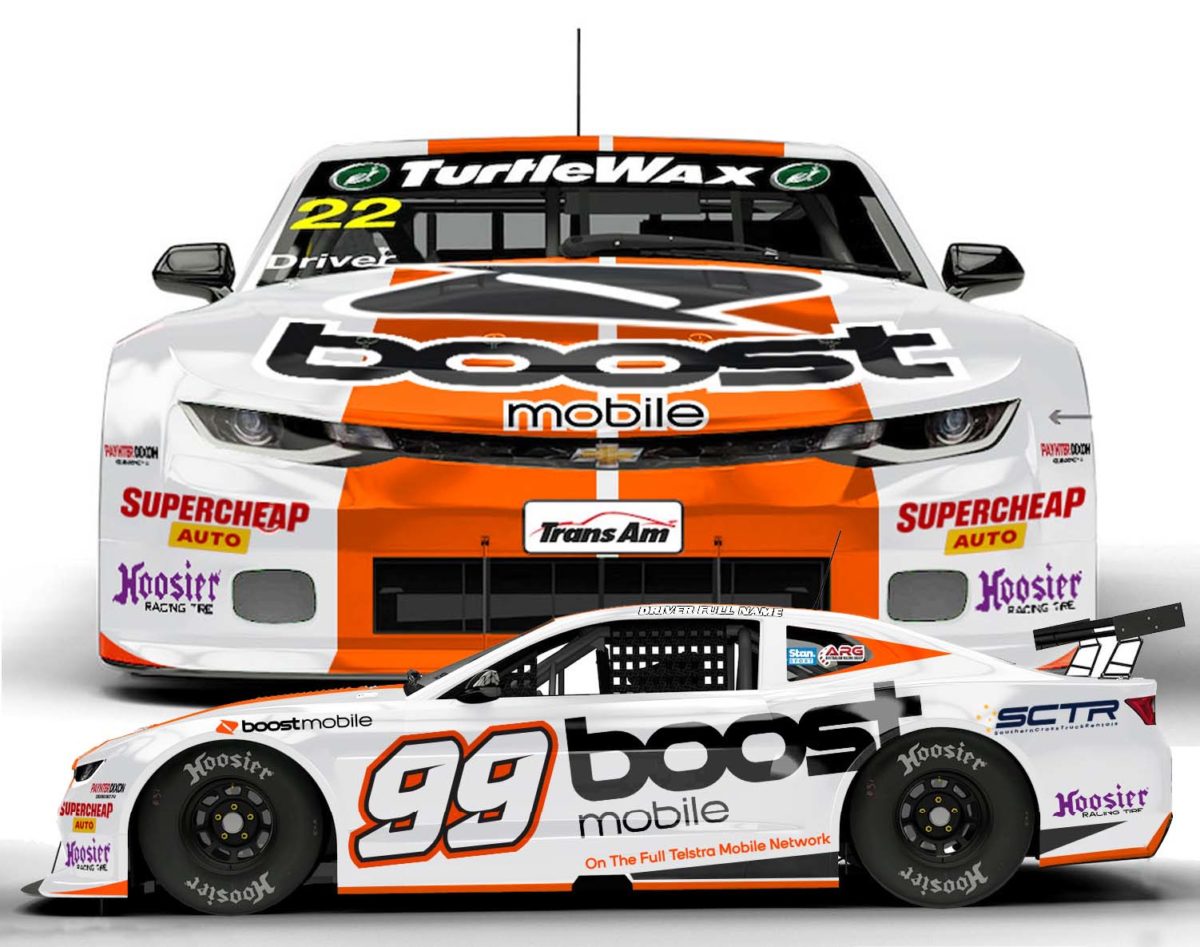 Renders of the Shaw Motorsport Camaro

Brodie Kostecki will drive a Chevrolet Camaro in this weekend’s round of the Turtle Wax Trans Am Series at Queensland Raceway.

He will steer the Tim Shaw-owned car which Shane van Gisbergen was to have piloted until he was blocked from doing so by Triple Eight Race Engineering.

The entry will be supported by Boost Mobile, which currently sponsors the Erebus Motorsport team for which Kostecki competes in the Repco Supercars Championship.

While Kostecki has not driven in Trans Am before, the vehicles are similar to the stock cars in which he cut his teeth in the United States, and those which he is hoping to drive in NASCAR next year.

“The Trans Am cars are pretty similar to what I drove in the States a few years ago,” said the 24-year-old.

“They have the same tyre and the cars are built relatively the same. It might take me a little while to get back in the swing of it, but I’m really looking forward to it.

“It’s exciting to get the call up for Tim to drive his car. I will race anything with four wheels and a roof. That’s what I’m all about.

“I love hard racing, and this is a very competitive series up front. It’s great that I have the chance to dip my toes in a new class and have a go.

“I’m pretty competitive, I want to go and do the best I can. I want to come home with a trophy, but we’ll see how the weekend unfolds.”

Erebus’s Betty Klimenko (owner) and Barry Ryan (CEO) been supportive of Kostecki’s extra-curricular activities, which already include speedway, a point which Shaw noted.

“In the wake of SVG being restricted, the opportunity came up for Brodie to drive my Trans Am car,” he explained.

“During a conversation with Barry Ryan, it seemed like a good fit.

“Brodie did a couple of seasons in NASCAR-style cars. He is a very talented driver and has a good relationship with the team at Norwell Motorplex, where our car is based. “Barry is a hardcore racer and keen to promote his drivers. He wants to see his drivers in race cars and see them get miles.

“Will Brown races in TCR, so this is not a strange thing for him to allow his drivers to sample other, different machinery.

“The more they race, the more the drivers and their teams build their fanbase.

“I love Brodie and Barry’s attitude, it’s great for motorsport.”

Kostecki’s tilt at NASCAR in 2023 would be on a part-time basis, as was reaffirmed when Erebus announced his and Brown’s re-signing at the recent The Bend Supercars event.

A day later, he would put the #99 ZB Commodore on the podium with a drive from 15th to third in a wet Race 23 of the season.

The Shaw Motorsport Trans Am car will run alongside the Supercheap Auto machine of Nash Morris, son of Norwell boss and 2014 Bathurst 1000 winner Paul.

Owen Kelly leads the series by a six-point margin over Nathan Herne ahead of Round 5 of seven this season.

Stan Sport will stream all of the key action live and ad-free this Saturday and Sunday.