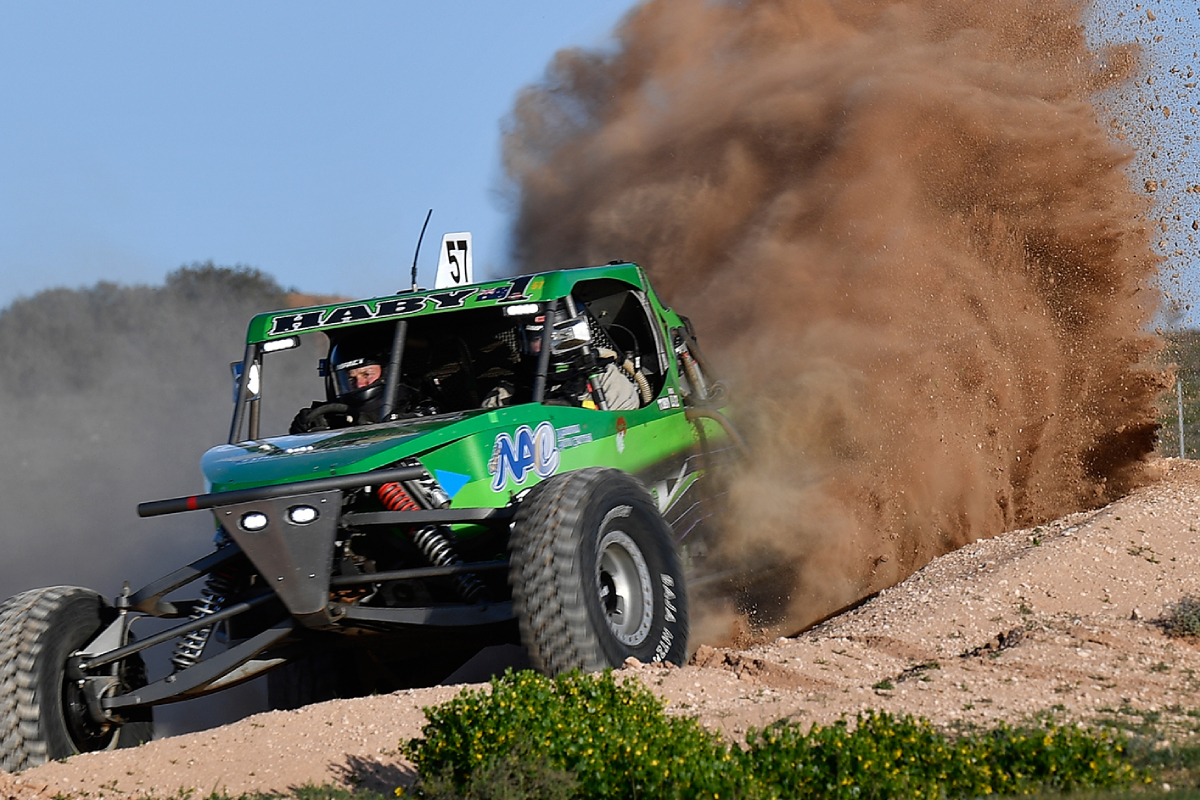 Aaron and Chelsea Haby won the Can-Am Loveday 400, with a commanding drive earning them victory.

The South Australians charged out to a victory of almost 12 minutes, in the fourth round of the BFGoodrich Motorsport Australia Off Road Championship (AORC).

“It’s a very proud moment for the team. The car was built in Australia and it’s absolutely brilliant.

“I am actually feeling pretty good physically, I could go out and do a few more laps to be honest.

“Being my home track would have been an advantage in the early stages, however once you do that first lap, you pretty much know where to go.

“I am absolutely stoked and doing it with my daughter was fantastic.”

Brad and Paris Gallard finished second, while Garry and Tamara Turnbull rounded out the podium, the latter’s first AORC podium in more than 30 years.

Mel and Liam Brandle took the chequered flag in fourth place outright and with the Pro Lite class win.

West Australians Brent Smoothy and Reece Burgess ended up taking out fifth outright, along with the Extreme 2WD runner-up placing, despite receiving a five-minute penalty for a false start in section five.

2019 AORC runner-up Roydn Bailey, who alongside Tyson Warner, found himself in sixth after overcoming a rough start to the event.

It was a similar story for AORC championship leaders Jake and Kate Swinglehurst, who had looked down and out after problems in Prologue and sections one and two, but recovered nicely to finish seventh outright.

Other class winners included Rod and Kodi Visser in Sportslites and Connor Corrigan, who was the fastest Super 1650 buggy alongside Ryder Taylor.

The next round on the AORC calendar is the Hindmarsh Shire Rainbow Desert Enduro on September 2-4.