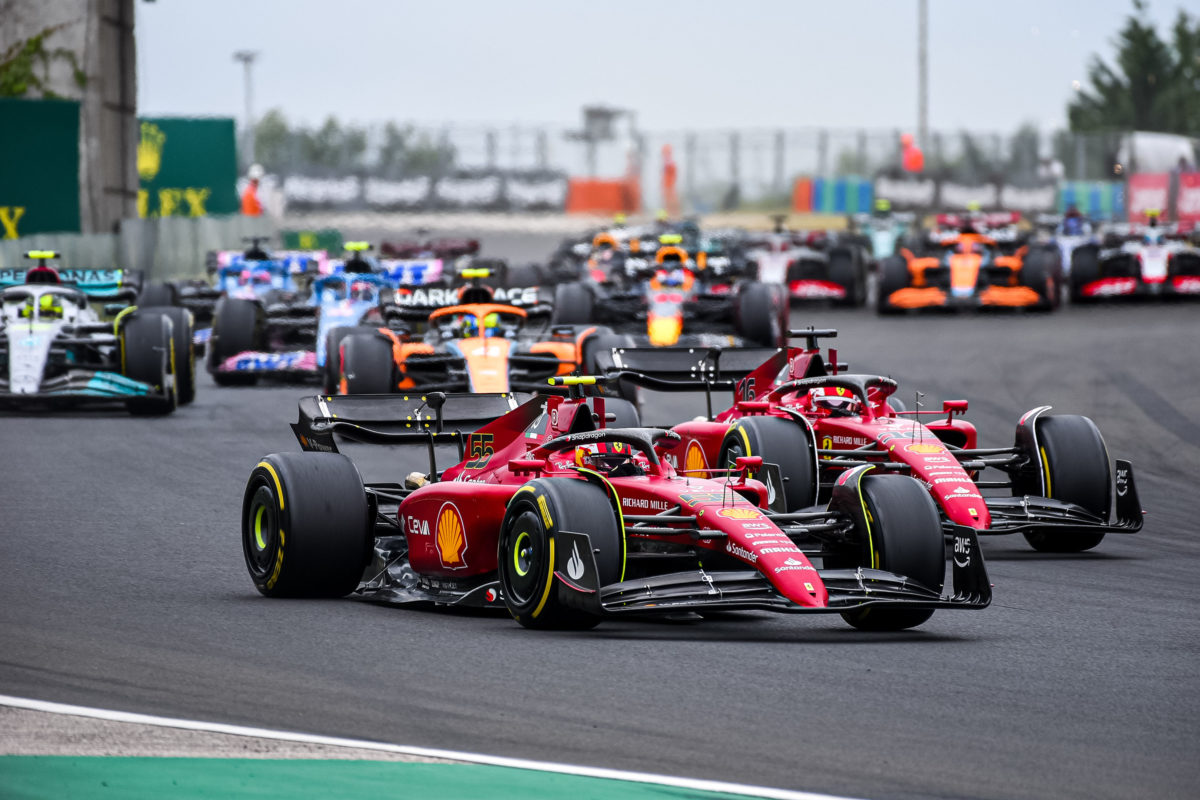 Both Ferrari drivers led the Hungarian GP at points

Ferrari saw its drivers finish fourth and sixth in a race both Charles Leclerc and Carlos Sainz led at points.

The Maranello squad had dominated opening practice on Friday only to, according to Binotto, struggle for pace on Sunday.

It left the Italian to suggest the race was not winnable for either of his drivers.

“I don’t think so,” he responded when asked if victory in the race was possible.

“What we’re lacking today was really speed and pace, and I don’t think we could have won today.

“The reason of, I don’t know, because the first time in certain races that we didn’t have the speed somehow to be there for the victory.

“So we need to look at first into that performance wise to understand.

Binotto’s comments are at odds with those of Leclerc, who suggested he had solid pace on the medium tyres.

The Monegasque driver headed the race prior to the second round of stops, the Scuderia calling him in on Lap 39 at which point it bolted on a set of hard compound tyres.

Low ambient temperatures made it difficult to generate temperature in the rubber and saw Leclerc struggling for grip and drop down the order.

Such was his lack of pace that he was pitted a third time on Lap 51 for a set of softs, ultimately finishing the race sixth.

“I think it’s important to say that we believe that the car today was not working as expected, and we didn’t have the speed we’re hoping for, looking back into Friday on the piece we are on the race simulations,” Binotto told accredited media, including Speedcafe.com.

“Overall, speed today was not great enough and whatever time we were using, I don’t think that we’re as good as we were looking for.

“And certainly even worse was the hard,” he added.

But while the hard tyre was the logical choice for the long run to the flag, it was the necessity to pit Leclerc when the team did that raised eyebrows.

The Ferrari driver had started the race on the medium compound tyres, remaining on track for six laps longer than Verstappen in the opening stint.

However, concern about losing track position to the Red Bull driver saw Leclerc stopped a lap later than the championship leader at the second round of stops.

The difference was, having started on the softs, Verstappen moved onto the mediums while Leclerc had only the hards or softs available.

With a 30-lap run home ahead of him, there was only one choice at that juncture.

“We have long discussion in the Sunday morning meeting, together with the drivers, what we were doing [in the race],” Binotto explained.

“While maybe Charles commented that he would have stayed out on the medium, we will meet him and discuss once again.

“But we win and we lost all together, and why we stopped, we simply try to protect the position of Max, as simple as that.”

However, the team could have extended Leclerc’s second stint and fitted the soft tyres, as Mercedes did with Lewis Hamilton.

While it would have lost track position, the tyre advantage in the closing laps would have gone someway to offset that – as displayed by Hamilton’s late surge from fifth to second.

It would have also saved the additional 20 seconds needed for Leclerc’s third pit stop, which would likely have resulted in a far stronger finish given he ended the 70 lap encounter 16 seconds in arrears of Verstappen.