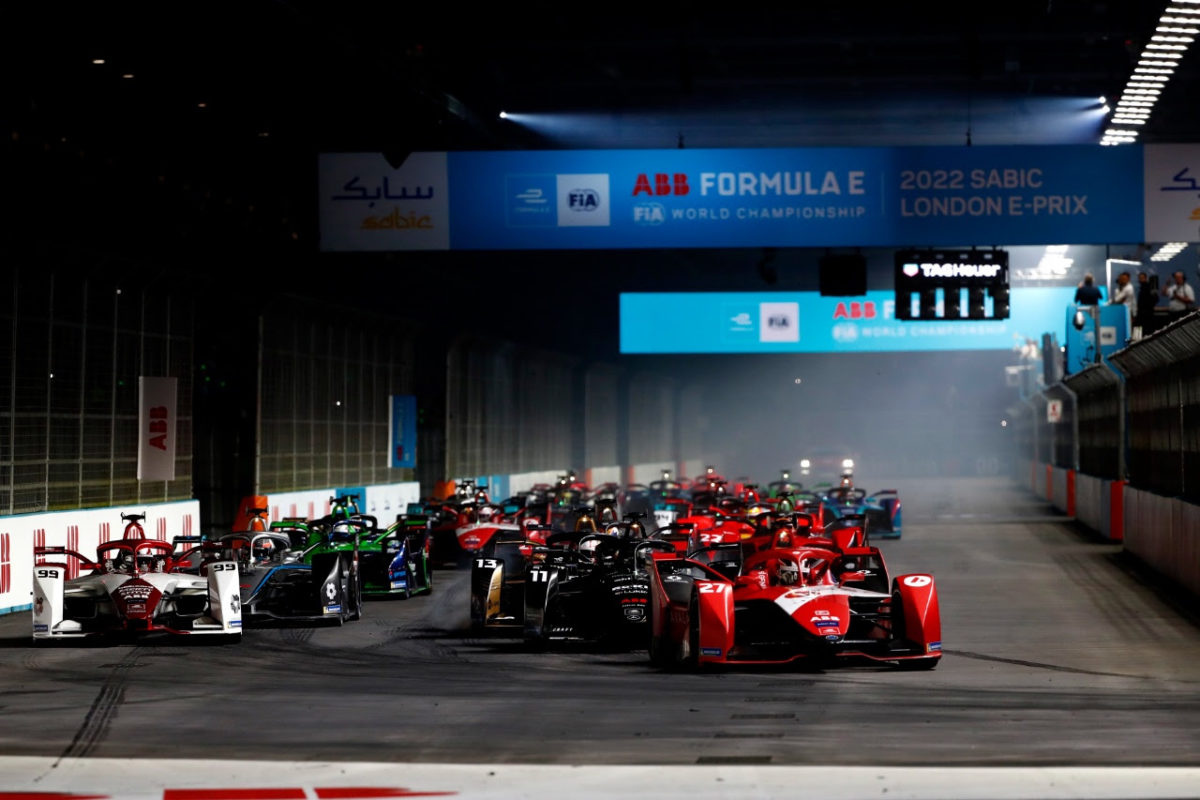 Race 14 at the London E-Prix

Lucas di Grassi has claimed first win with Venturi Racing in the final race of the London E-Prix double-header.

The Brazilian was ecstatic with the result.

“It was a massive fight with Jake.

“The team gave me the perfect feedback.

“The car was amazing today [Sunday] and after what happened yesterday [Saturday], I think we deserve it very much.”

Championship leader Stoffel Vandoorne finished fourth, after starting from 13th on the grid.

His closest title rival, Jaguar driver Mitch Evans, had made his way as high as fourth from 14th at the start of the race but a late technical problem led to a retirement, and a hammer blow to his championship chances.

Nick Cassidy could not back up his podium effort from the previous race and did not finish the race.

The Belgian now holds a commanding 36-point margin over the Jaguar driver on the points table, with 58 points remaining.

The final two races of the 2022 Formula E World Championship will take place at the Seoul E-Prix on August 13-14.

All sessions will be streamed live and ad-free on Stan Sport.