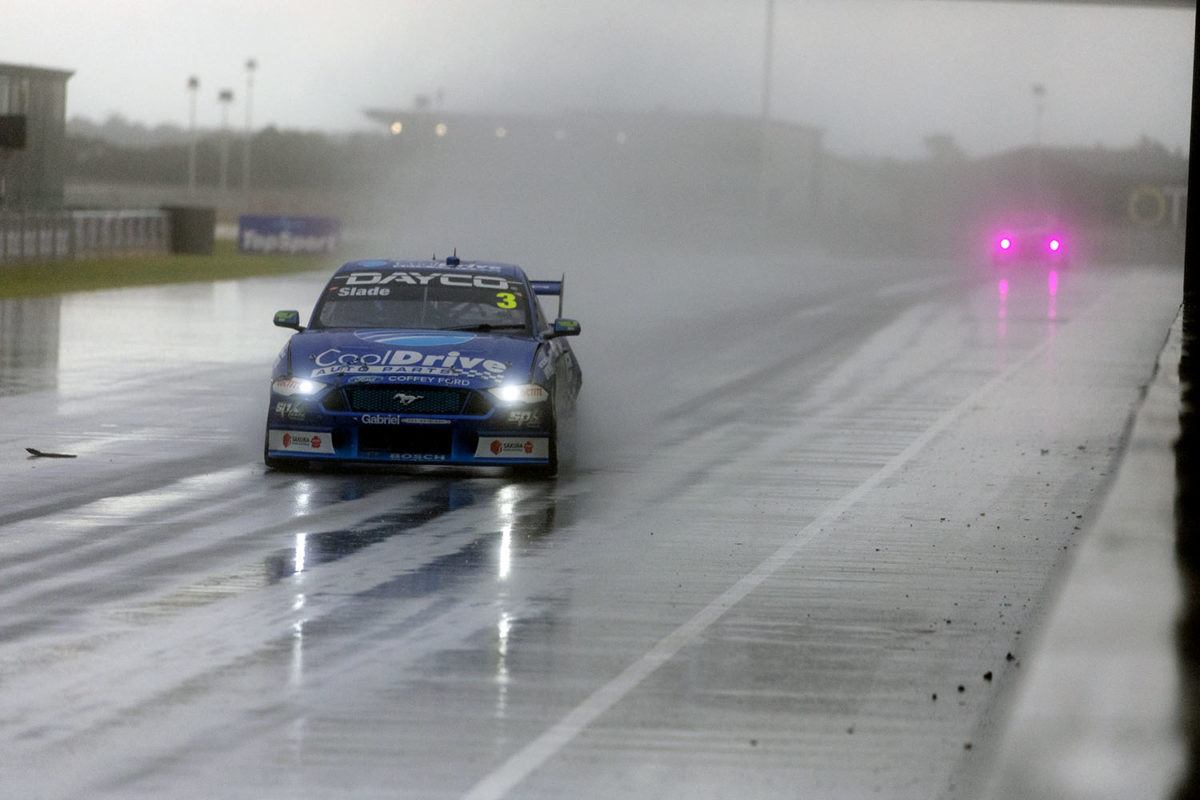 Tim Slade struggled for car speed in the dry at The Bend Motorsport Park, recording results of 23rd and 27th in the opening two encounters of the weekend.

When the rain arrived for Race 23 of the Repco Supercars Championship, Slade shined in the tricky conditions.

He drove the #3 CoolDrive Auto Parts Mustang from 26th on the grid to 11th at the chequered flag, a performance which Blanchard said salvaged the team’s weekend.

“We had a pretty tough weekend but kind of saved by the weather there,” he told Speedcafe.com.

“Managed to get an okay result out of the weekend so it was a saving grace to get something out of it.”

Slade didn’t escape the incident-filled race unscathed though, with a significant amount of damage to the rear bumper of the car.

“There’s a big shark bite out of the back,” he said post-race.

“It was good, we struggled massively all weekend so I was happy for it to rain just to see if we could have a little bit of pace in those conditions.

“The car was not too bad, there was a bit of a hit even before the race started, a concertina at the second last corner and then got nailed down at Turn 6.

“That’s super tricky down there in these conditions, it’s just like ice, you touch the brake pedal and it just locks the fronts solid.

“It was nice to be able to have a little bit of input as a driver to manipulate what the car does as opposed to the dry conditions.”

BRT also went through an engineering change over The Bend weekend, with Mirko De Rosa still absent due to injury.

The team had Mathew Nilsson fill in as race engineer, in what was the second change in just as many events after team manager Brendan Hogan filled in at Townsville.

It’s not known when De Rosa is expected to return.