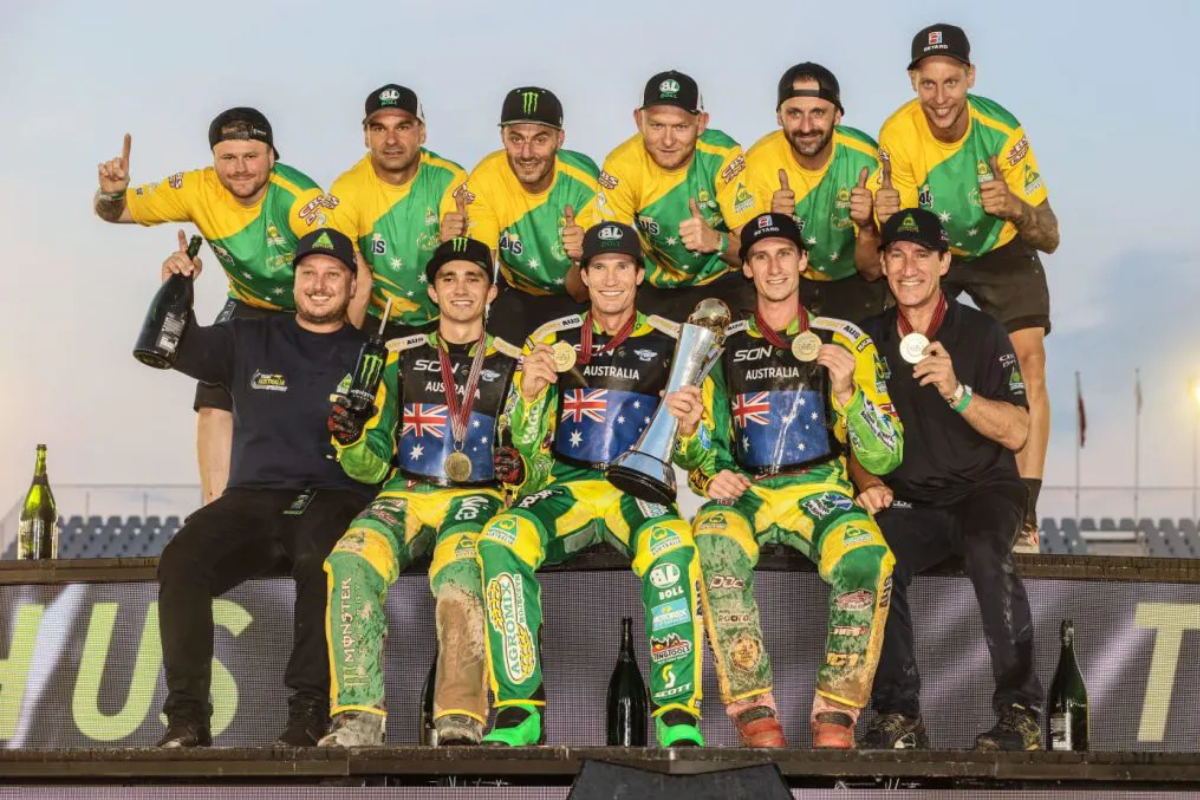 Australia have been crowned FIM Speedway of Nations world champions

Australia has defeated Great Britain to earn its first FIM Speedway of Nations title in 20 years.

It is Australia’s first team triumph since they won the 2002 FIM Speedway World Cup Final at British track Peterborough.

The Roos won the first semi-final with 35 points, to progress to the next stage.

While Great Britain netted most points during the regular heats of the Final, the Australians defeated Sweden 6-3 in the Grand Final Qualifier, with Holder posting four points, while Fricke scored two.

The Swedes would go on finish in third place.

“I do this job to help our riders perform at their best and highest level, success is just an absolute bonus,” Lemon enthused.

“We have worked hard for a number of years and there have been some guys who have been chipping away and not got to appreciate this feeling, I really feel for them.

“But it is a real honour to be leading our country and to win the World Championship for all those fans who get up in the early hours of the morning back home to watch us and support the boys, it’s just a fantastic feeling.

“Working with these riders is a privilege for me, we have been trying for so long and came so close for so many years.

“We have had riders who have been capable and because of one thing or another, it hasn’t happened.

“It’s world championship racing and anything can happen.

“Now they can call themselves world champions and it’s a fantastic achievement.”