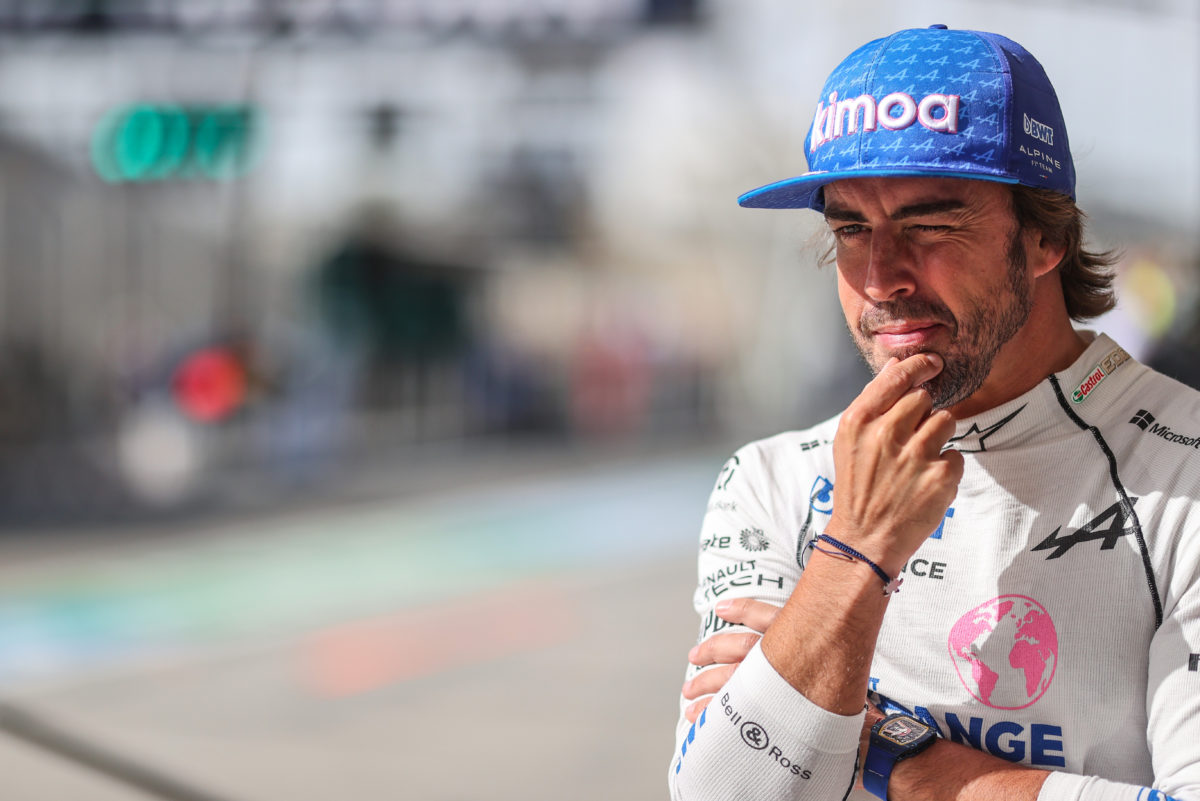 Fernando Alonso will replace Sebastian Vettel at Aston Martin for the 2023 Formula 1 season on a ‘multi-year’ contract.

Alonso will leave Alpine following a two-year stint with the team, paving the way for Australian Oscar Piastri to join the grid for 2023, though that is as yet unconfirmed.

“This Aston Martin team is clearly applying the energy and commitment to win, and it is therefore one of the most exciting teams in Formula 1 today,” Alonso said of his move.

“I have known Lawrence [Stroll] and Lance [Stroll] for many years and it is very obvious that they have the ambition and passion to succeed in Formula One.

“I have watched as the team has systematically attracted great people with winning pedigrees, and I have become aware of the huge commitment to new facilities and resources at Silverstone.

“No one in Formula 1 today is demonstrating a greater vision and absolute commitment to winning, and that makes it a really exciting opportunity for me.

“I still have the hunger and ambition to fight to be at the front, and I want to be part of an organisation that is committed to learn, develop and succeed.

“We all appreciate that there is much to be done to get to the front, and that we must apply all our energies in working together to find performance.

“The passion and desire to perform that I have witnessed convinces me to maintain my enjoyment and commitment to the sport.

“I intend to win again in this sport and therefore I have to take the opportunities that feel right to me.”

Alonso re-joined the operation currently known as Alpine at the start of last season, having twice driven for it previously.

It was with the squad, when known as Renault, that he won his two world championships, in 2005 and 2006.

With his contract up at the end of the current season, it was widely expected Alonso would renew for at least another year, with CEO Laurent Rossi factoring him into the company’s World Endurance Championship plans.

His presence at the team was a roadblock for Oscar Piastri, last year’s Formula 2 champion who is this year working as the team’s reserve driver.

It was thought he would be farmed out to Williams for the duration of Alonso’s next contract, a move which is now unnecessary.

Alonso’s shift is therefore all but confirmation that the Australian will partner Esteban Ocon at the Anglo-French team next season.

It also settles much of the remaining driver market, with Piastri linked to McLaren, though that suggestion was always fanciful to the point of ridiculous.

Williams now holds the most coveted seat on the grid for next year, with Nyck de Vries and Logan Sargeant arguably the front-runners for that opportunity, alongside incumbent Nicholas Latifi.

Meanwhile, at Aston Martin the addition of Alonso adds experience alongside Stroll that the squad would have otherwise lost following the retirement of Vettel.

“I have witnessed the excitement in the engineering team and throughout the whole organisation at the opportunity to work with Fernando,” said Aston Martin Team Principal Mike Krack.

“We know that nearly everyone can learn from someone of Fernando’s calibre and experience.

“We are confident that he will inspire everyone to lift their game, and that will only enhance the already infectious energy that exists within the team.

“We are on a journey to create a winning organisation, and it is clear that Fernando will accelerate our progress and bring us to a performance in which we can take pride.

“We are delighted to have Fernando and Lance as our driver line-up next year – the combination of experience and youth will be incredibly strong and both drivers look forward to competing and working together.

“The team has a new leadership focused on the development of AMR23, and we are all thrilled that they and our future projects will benefit from the knowledge and experience that Fernando will bring.”

Team owner Lawrence Stroll added: “I have known and admired Fernando for many years and it has always been clear that he is a committed winner like me.

“I have set out to bring together the best people and develop the right resources and organisation to succeed in this highly competitive sport, and those plans are now taking shape at Silverstone.

“It seemed natural therefore to invite Fernando to be part of the development of a winning team, and we very quickly established in our recent conversations that we have the same ambitions and values, and it was logical and easy to confirm our desire to work together.”