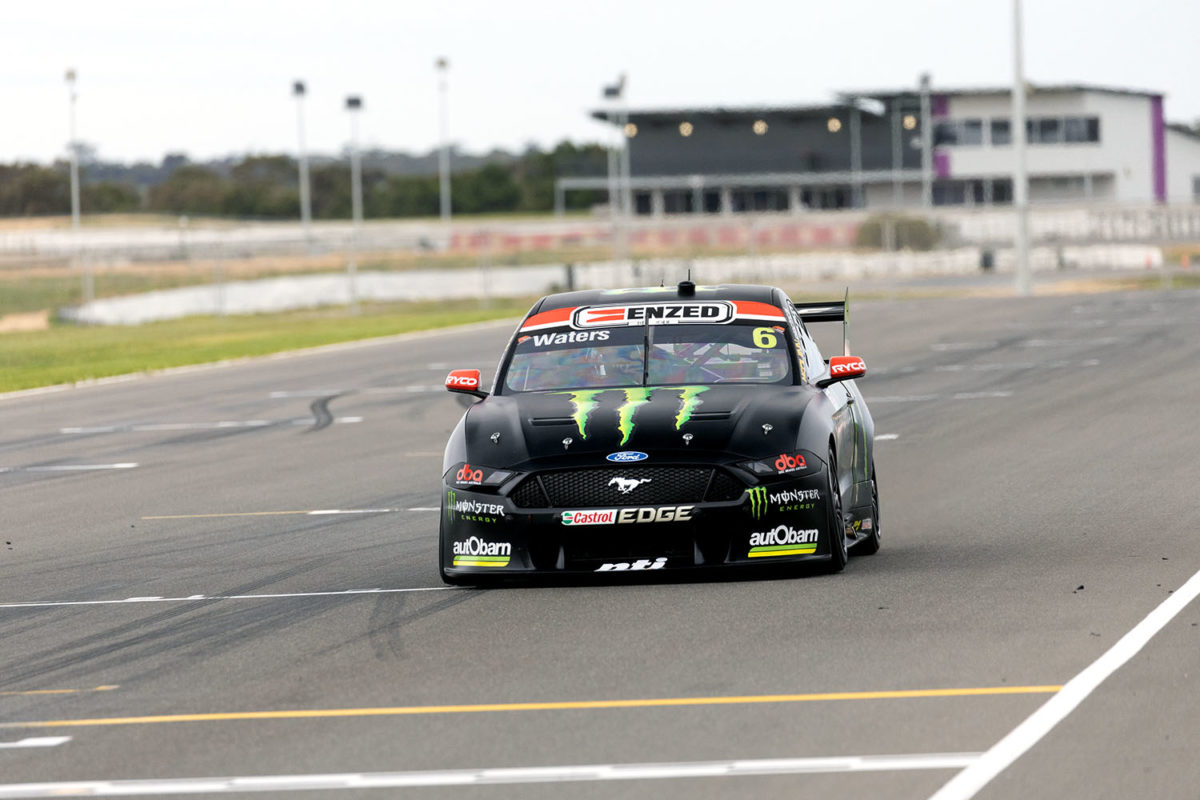 Tickford Racing’s Cameron Waters has qualified on pole position for both of today’s Repco Supercars Championship races at The Bend.

Waters and Thomas Randle delivered Tickford a front row lockout in Qualifying for Race 22 at the OTR SuperSprint before the man in the #6 Monster Energy Mustang pipped the Shell V-Power Racing Team’s Anton De Pasquale by 0.0388s in the latter session of the morning.

Championship leader Shane van Gisbergen achieved third on the grid for both 24-lap encounters in his Red Bull Ampol Racing entry, while Race 21 runner-up Will Davison (#17 Shell V-Power Mustang) only qualified 23rd for Race 22 and 10th for Race 23.

The results make for a Tickford sweep of poles at The Bend after wildcard Zak Best did the job on the day prior.

Drivers ran on mixed sets of soft tyres in terms of batches, after controversy on the day prior over the rubber issued to the two wildcard entries.

It was once again a cold, cloudy Tailem Bend which greeted drivers for Qualifying for Race 22.

Van Gisbergen rebounded to second with a 1:48.5809s but was bumped back to Row 2 when Randle broke the beam in a time of 1:48.4252s to give Tickford a lockout at the front of the field.

Courtney ended up fourth and De Pasquale fifth, the latter having failed to improve relative to his first run, while Chaz Mostert (#25 Mobil 1 Optus ZB Commodore) took sixth on a 1:48.9550s.

The pace was up in the second 10-minute stanza of the morning, with Waters immediately punching out a 1:48.3372s.

De Pasquale was second on a 1:48.3760s and van Gisbergen third on a 1:48.4287s, with Courtney fourth and Best fifth at 0.2889s off the pace despite a near-crash when he dropped a wheel onto the dirt exiting the final corner on his first flyer.

Feeney moved up three spots to fourth on a 1:48.5082s with the chequered flag out, while neither Waters nor De Pasquale managed to go faster on their second runs, and van Gisbergen did not go again at all.

That was thus the top four, with Courtney settling in fifth and Will Brown (#9 Boost Mobile ZB Commodore) taking sixth on a 1:48.6117s.

Best’s first lap was good enough for seventh all-told, from Randle, and Mostert.

Davison reportedly flat-spotted a tyre in the previous session and had a relative dearth of new rubber for Qualifying for Race 23, in which he went as quick as a 1:48.7829s to take 10th.