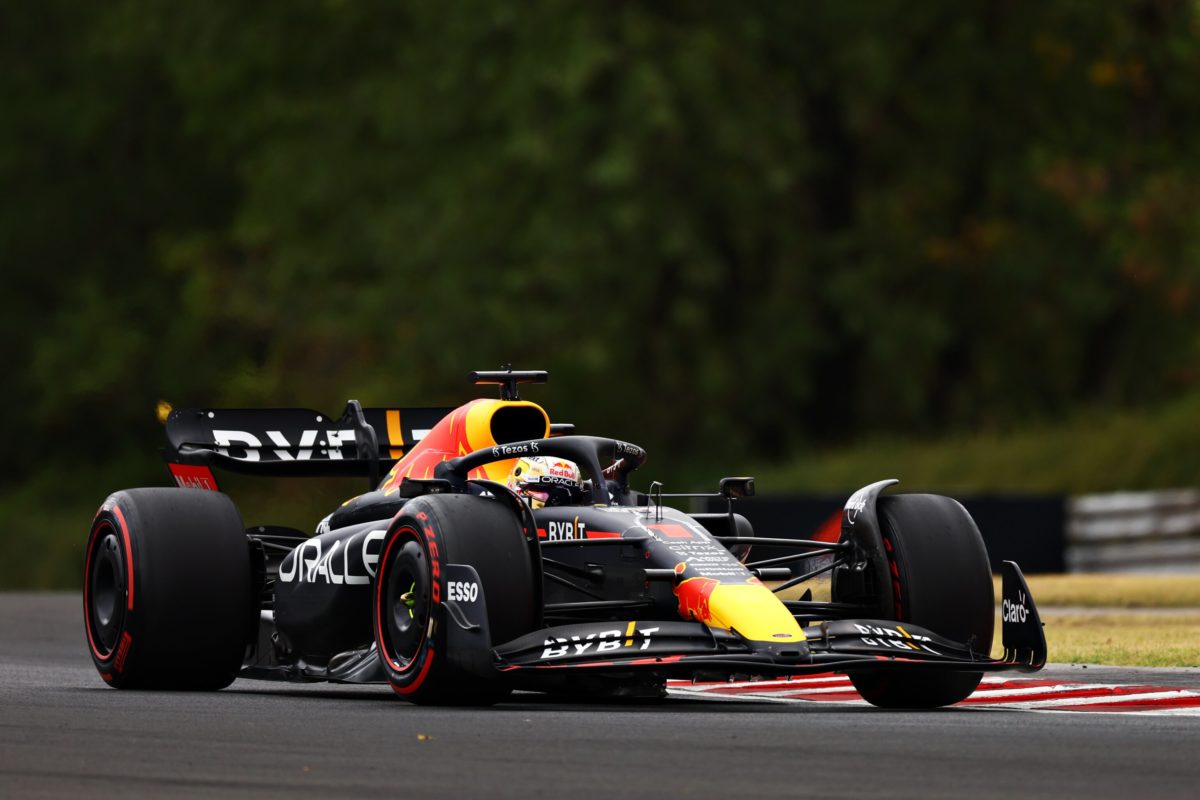 A power unit issue late in qualifying for the Formula 1 Hungarian Grand Prix hampered Max Verstappen and consigned him to a fifth row starting spot.

Heading out in the final minutes of Qualifying 3, the Dutchman immediately reported to the Red Bull pit wall that he felt a lack of power.

Given a number of instructions in an effort to correct the issue, all proved unsuccessful and the championship leader was consigned to 10th on the grid for Sunday’s race.

“I just had no power in that final run exiting the pit lane,” he said.

“We tried to fix it but just no release. The engine was running but there was no release and that’s, of course, painful.”

Rubbing salt into the wounds was improved pace over what was expected from the RB18 after Friday practice.

Having been overshadowed by Ferrari throughout the opening day, it was expected that Red Bull would be in damage limitation mode as the two Prancing Horse entries cantered away at the front.

That didn’t play out, with Verstappen fastest at the end of Qualifying 2, and having been just a tenth away at the end of the opening phase of the three-part session.

“All the guys and girls here and also back at the factory, we analysed a lot last night because we were not happy at all,” he reflected.

“We made some really positive changes, the car was a lot better to drive for me. We looked very competitive.

“In Q2 all the laps, even on a used tyre set, we were always there, very quick, so I was looking forward to Q3.

“The first lap didn’t go to plan but then I knew the pace in the car is there but unfortunately we couldn’t show it.”

A mistake on his opening lap in Qualifying 3 left Verstappen out of position, before the power unit issue compounded his woes.

Set to start 10th, the 24-year-old dismissed suggestions he could drop to the rear of the grid by taking an engine penalty to introduce fresh components into his available pool.

“I think you can still have a result,” he said.

“It’s hard to pass around here but anything can happen. Starting P10, I don’t think it’s worth taking a penalty.”

Sergio Perez in the second Red Bull starts one spot further back, having been eliminated from Qualifying 2.

The Hungarian Grand Prix begins at 23:00 AEST this evening.