SVG beats Mostert in Race 22 at The Bend

SVG beats Mostert in Race 22 at The Bend 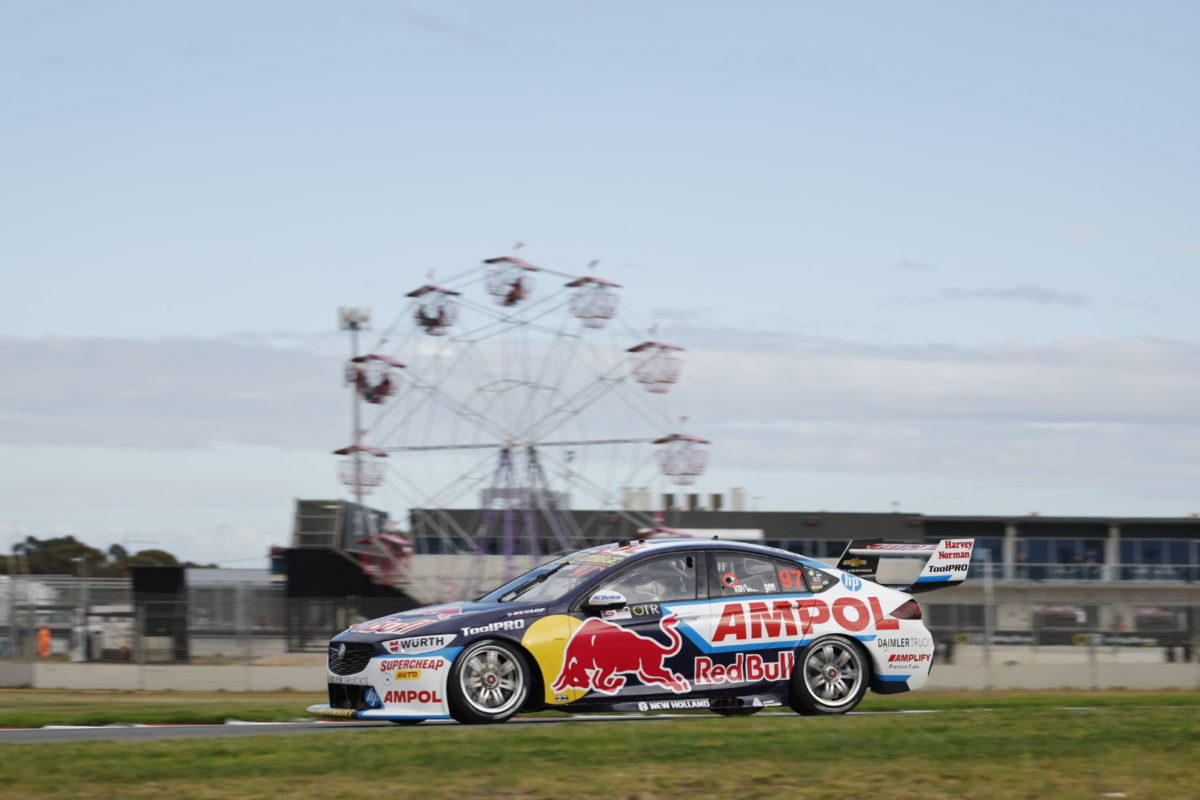 Shane van Gisbergen has beaten Chaz Mostert to victory in Race 22 of the Repco Supercars Championship at The Bend Motorsport Park.

Those two were locked in battle for the effective lead for much of the contest as they opted for divergent strategies, but the Red Bull Ampol Racing driver prevailed by 2.5737s after 18 laps.

As was the case in Race 21, van Gisbergen ran long until taking his compulsory pit stop, retained the lead on exit from the lane, and banked the five fastest lap bonus points thanks to his final lap.

Neither Thomas Randle not Andre Heimgartner made it home after a big startline shunt, which also accounted for Nick Percat, but the 24 drivers who took the restart were able to greet the chequered flag.

In the drivers’ championship van Gisbergen has pulled to 354 points clear of De Pasquale.

There was carnage at the initial start, with Randle (#55 Castrol Mustang) stalling on the outside of the front row before being smashed into by Heimgartner (#8 R&J Batteries ZB Commodore) from five rows further back.

Both drivers walked away from their wrecks and the contest reverted to a full restart, with a reduced, 22-lap distance (subject to time-certainty) and Waters alone on the front row.

Unfortunately for the pole-sitter, he faced a significant amount of oil soak on the road in front of him, and that may have been a factor when proceedings got underway again.

Courtney was quick away from fourth on the grid but Mostert’s getaway from sixth was even better, and he darted across the track to seize the preferred line for the first corner.

They emerged with Mostert leading from Courtney, while De Pasquale slipped down the inside of Waters and into third at the Turn 5 sweeper.

That held Car #6 wide and it lost another spot when van Gisbergen (#97 ZB Commodore) lunged down the inside at the Turn 6 hairpin.

Van Gisbergen was into third when he passed De Pasquale on Lap 4 at Turn 17, before Courtney pitted from about 0.6s behind Mostert at the end of Lap 5, and was followed into the lane by De Pasquale.

However, Mostert then reset the benchmark on Lap 10, and #97 engineer Andrew Edwards asked his driver if he could up his own pace.

Waters pitted from second on Lap 11 and rejoined behind Mostert and Courtney, but kept De Pasquale at bay on cold tyres.

Van Gisbergen continued to circulate around 40 to 41 seconds up on Mostert, which was line-ball in the battle for the effective lead.

The gap was 41.5s when the New Zealander finally pitted for another set of rears on Lap 16 and he retained the lead, by almost one second.

Van Gisbergen was untroubled thereafter, and took the five bonus points away from Mostert with a 1:50.1787s on his way to the chequered flag after a time-certain 18 laps.

The rest of the top 10 was per the end of the pit stop cycle, while Image Racing wildcard Jordan Boys (#49 Joss Dynamic ZB Commodore) finished 11th and Chris Pither (#22 Coca-Cola ZB Commodore) 12th.

Will Davison (#17 Shell V-Power Mustang) ended up 13th, having been facing the wrong way at the first corner of the race when he got turned around at the back of the pack, and Zak Best (#78 Mustang) was 19th in the Tickford wildcard entry.

The third and final race of the OTR SuperSprint weekend starts this afternoon at 15:40 local time/16:10 AEST.