Shahin confident The Bend will be on 2023 Supercars calendar

Shahin confident The Bend will be on 2023 Supercars calendar 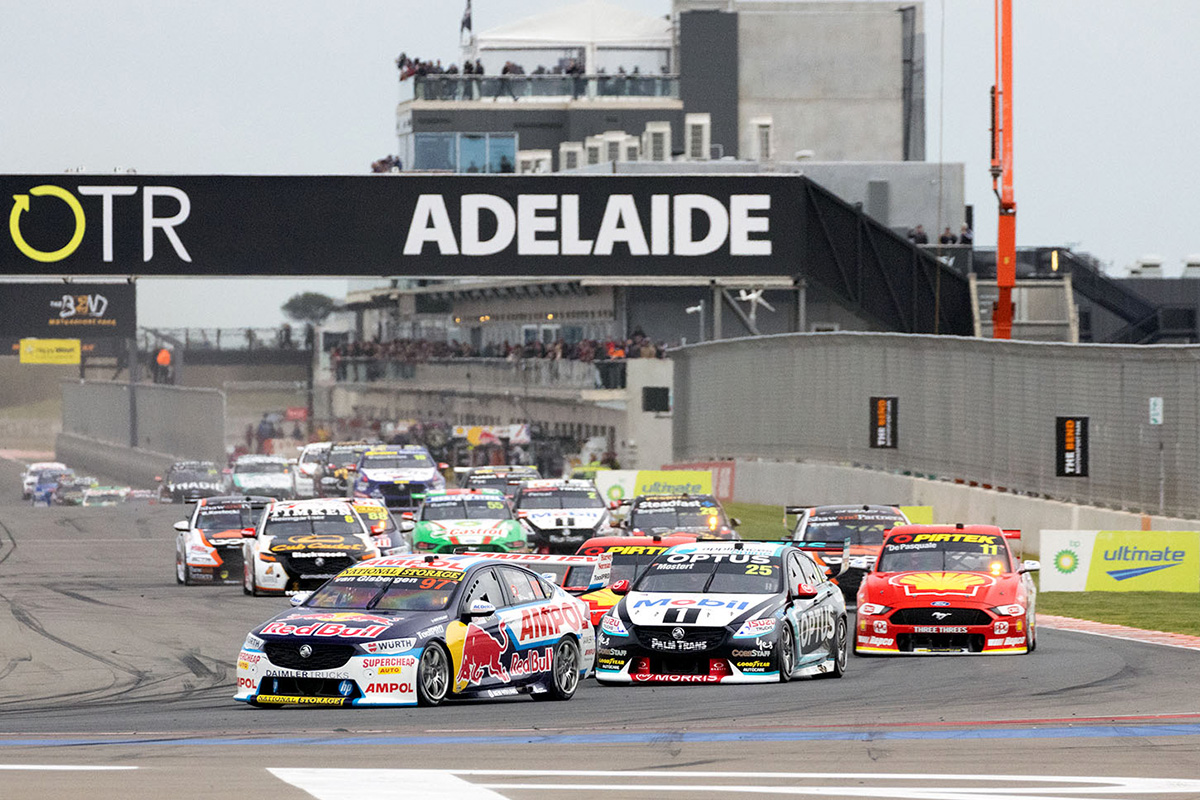 The start of Supercars Race 21 on Saturday at The Bend. Picture: Ross Gibb

Owner of The Bend Motorsport Park, Sam Shahin, is confident the circuit has a place on the 2023 Supercars calendar.

UPDATE: Speedcafe.com understands Shahin has now had preliminary discussions with Supercars management over the 2023 calendar.

Parts of next year’s Repco Supercars Championship are starting to fall into place, which will signal a new era for the category with the introduction of Gen3.

Where The Bend fits in the puzzle that is the 2023 calendar is an unanswered question, even allowing for Pukekohe’s impending demise.

This year’s Supercars season is scheduled to run over 13 events, one more than the minimum 12-round threshold needed to fulfil contractual obligations with broadcasters Foxtel and the Seven Network.

However, with the return of Newcastle and earmarked revival of a round at Queensland Raceway, the 2023 schedule is expected to swell.

It could see some events that are on the current calendar miss out, should Supercars choose to keep the number of rounds close to the threshold level.

Shahin did not have any concerns the South Australian circuit would miss out.

“I have absolutely no doubt that The Bend will be on the Supercars calendar in 2023 and beyond,” he told Speedcafe.com.

“I am very confident that The Bend will be a long-term and permanent fixture on the Supercars calendar for many years to come.

“I’ll have the wonderful support of the South Australian Government and the premier personally who took it as one of his first initiatives to announce the return of the Adelaide 500.

“The new government has made a focus of promoting motorsport in South Australia.

“With that that goes hand-in-hand with promoting all events that promote and drive patronage to South Australia.”

The Bend wasn’t originally on this year’s calendar, but the venue ultimately secured the vacancy slated for July 30-31.

During the 2020 season, the circuit was parachuted in to host a double-header with only a few weeks’ notice.

Shahin is hopeful his unwavering investment in The Bend’s facilities will continue to prove attractive to Supercars’ new owners, who took over late last year.

“I have a reasonably good relationship with Supercars,” added Shahin when asked about the relationship.

“We have had differences over the years, but I have a terrific amount of respect for [CEO] Shane Howard who I’ve known for quite some time.

“I was thrilled to see him elevated to the role of CEO because I think he will bring a level of sensibility to the organisation that is very necessary for the long term sustainability of venues’ ability to continue to participate in Supercars events.

“I hope we do engage more meaningfully over the coming weeks, of course with the lead up to the 2023 calendar which, with a blink of an eye, will have to be cemented.”

The OTR SuperSprint at The Bend concludes today with Qualifying for Race 22 the first track action for Supercars at 09:35 local time/10:05 AEST.

Editor note: This story was originally published as ‘Shahin: Discussions with Supercars yet to start over 2023’.

Speedcafe.com was informed following publication that discussions had now begun.