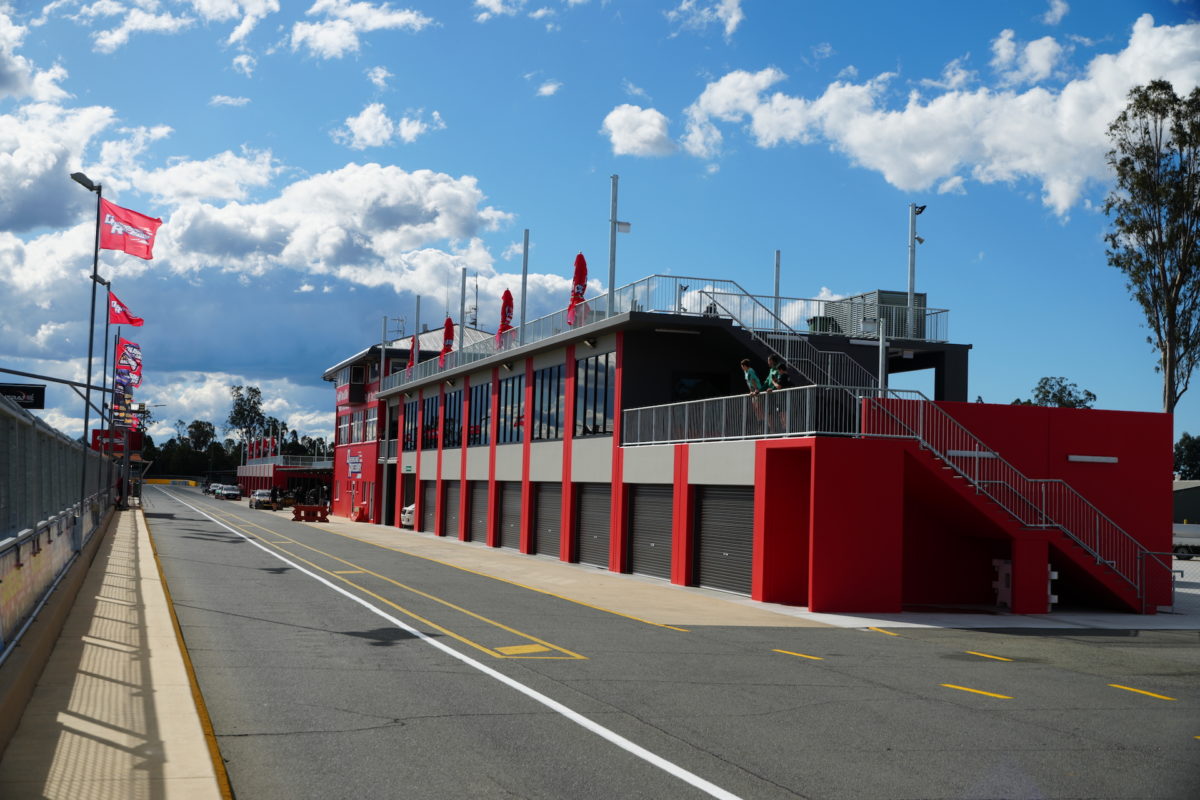 Built in 1999, Queensland Raceway has built up a reputation for being one of the best tracks where fans can see all the action from all viewpoints. And recent upgrades have upped the ante.

In November 2021, Tony Quinn purchased the race track with significant plans to improve its facilities

QR general manager, Neil Lewis, said they are aiming to bring in new customers as well as revive the experience for old customers.

“Our inspiration was more about looking after our old customers and bringing any new customers we may have,” Lewis said.

“The toilets were the first thing we did, but we’ve since added new pit lane structures, and there’s a corporate centre for the customers we already have, with the likes of Porsche.

“They all wanted a better corporate experience which we’ve now been able to give them.

“The other criticism that QR always got is that there was no shade and we didn’t look after the spectators, people used to say, so that’s another thing we’ve really focused on, so we’ve added a bunch of shade and viewing decks.”

Lewis also said the staff at the precinct had a lot of things they wanted to do with the venue, but none of it was possible until Quinn took ownership of the track last year.

“On November 1st, the staff turned up and we hit the ground running and got into it straight away,” Lewis said.

The circuit will be hosting its biggest racing event since Quinn took over, with the Shannons Motorsport Australia Championships hitting the track on August 5-7.

QR has resurfaced ‘the dipper’ which is the crossover after Turn 2, and they also resurfaced Turn 4.

Significant drainage work has also been done around the track, meaning the floods that occurred earlier in the year didn’t affect it badly.

Lewis said although they have done a lot of work to the venue, there’s still much more to do.

“Tony wants to extend the concrete pit bays on the northern side back to the tower,” Lewis said.

“We’ve been throwing around ideas about the track so we can maybe change it up a bit, but nothing is set in stone yet.

“One project I’m working on is lighting around the venue.

“Not necessarily lighting it as brightly as Sydney Motorsport Park, but it is on the cards which will allow us to do night racing and all sorts of things with different categories.”

One of QR’s goals is to get its Motorsport Australia license back, having not had a license in a number of years.

On-track action for the Shannons Motorsport Australia Championships at QR will begin on Friday, August 5 and run until Sunday, August 7.