McLaughlin Indy GP result ‘as good as we could have hoped’

McLaughlin Indy GP result ‘as good as we could have hoped’ 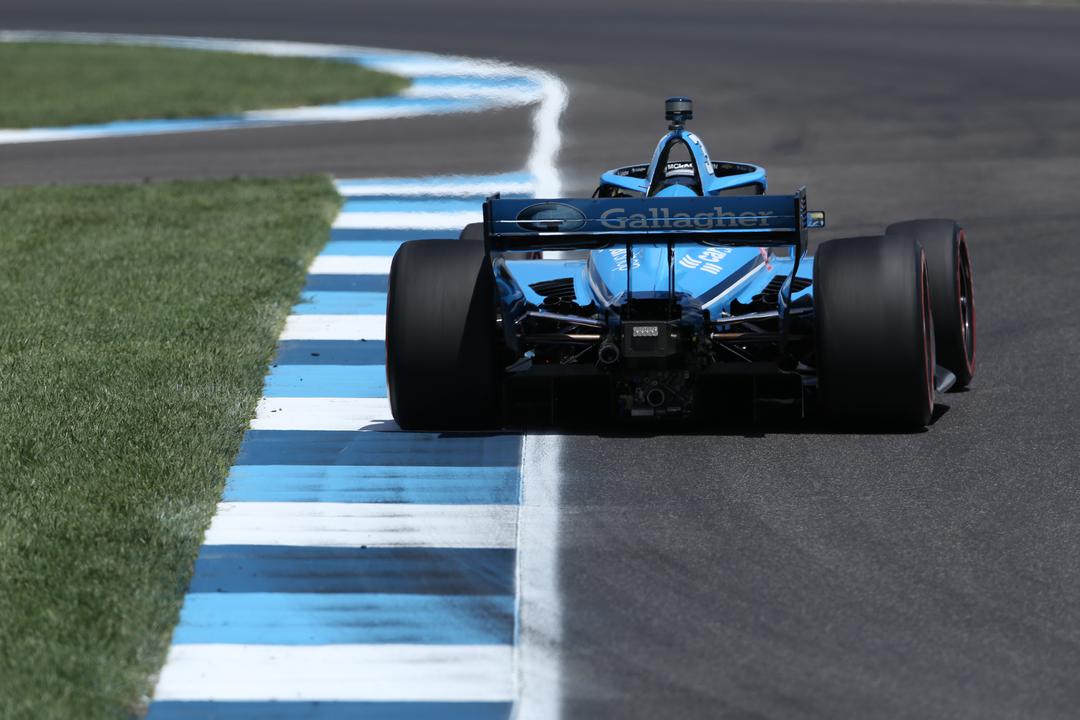 Scott McLaughlin says his finish of fourth in the Indianapolis Grand Prix is “as good as we could have hoped.”

McLaughlin qualified only 15th for Race 13 of the IndyCar season, failing to get out of Group 1 of Qualifying at The Brickyard.

His Team Penske crew put Car #3 on an alternate strategy for the 85-lap race, starting on red tyres and getting his stint on blacks out of the way in a short, 13-lap second stint.

McLaughlin made gains in his first stint, when most were on blacks, and essentially maintained in his second.

He emerged fifth after the latter of those stops, which was taken immediately prior to the Caution triggered when Simon Pagenaud ran out of fuel, and moved up another spot due to Colton Herta’s Lap 42 technical failure.

With Will Power having to save fuel to get home after early incidents forced the Queenslander into a suboptimal strategy, McLaughlin got as close as 0.4s behind his team-mate but ultimately followed Car #12 across the finish line.

“It was as good as we could have hoped,” said the New Zealander.

“P4 after qualifying 15th, with a great start and we were able to press on and get going.

“Very proud because Team Chevy gave us great fuel mileage and we were able to just control it to the end.

“I’m pretty pumped; we needed one of those.

“The car was good; I was pumped.

“I was trying to push this guy,” he added in reference to Power.

“I had a bit of a blister on my right-front [tyre] but he controlled it really well.

“We just missed out on the podium but a top five was a great day for us.”

Power moved back into the series lead, by a nine-point margin over Marcus Ericsson, with his unlikely podium, while McLaughlin remains seventh in the standings, at 81 points off top spot.

IndyCar heads to Nashville next weekend (August 5-7, local time), with that race streamed live and ad-free on Stan Sport.