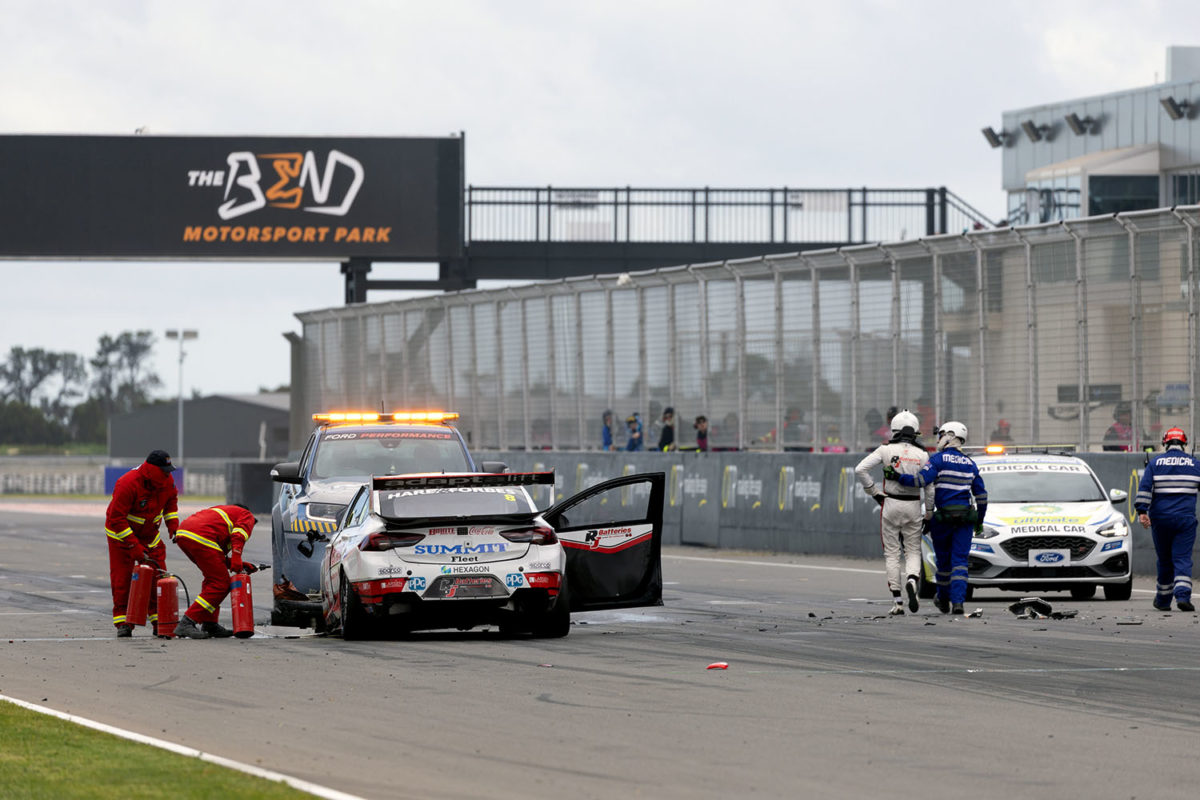 Randle stalled on the outside of Row 1 at the start of Race 22 and was ploughed into by Heimgartner, who qualified 12th and hence came from five rows further back.

Both have been taken to hospital for precautionary scans while their cars may be sidelined for the next event at Sandown and potentially even written off.

According to Shane van Gisbergen and Brodie Kostecki, who would both finish on the podium in the following race, the incar warning light to indicate a stalled vehicle did not come on until they had already exited the main straight.

Both opined that the less advanced system of having flag marshals lining the pit wall, to wave yellow flags in the event of a stalled car, would be a better system.

“We’ve got the obviously the light system but that’s pretty sort of useless at the start,” said Kostecki.

“It came on when I was at Turn 2, I believe – it said the car was stalled – so it would probably be worth putting some flaggies back out.

“I believe it would definitely help.”

Broadcast cameras do in fact show several flag marshals on that pit wall, apparently in line with each row of the grid. Note the flag marshals at each row of the grid. Picture: Fox Sports

Furthermore, several yellow flags can be see waving in replays of the incident.

Nevertheless, van Gisbergen echoed Kostecki’s comment, and added that Heimgartner would have had a better chance if physical flags were immediately waving from the pit wall.

“As Brodie touched on, we have these systems for a stalled car but, you know, got to Turn 2 before I got the warnings and stuff,” said the championship leader.

“It’s obviously not working that well, the flag system.

“Normally there’d be all the marshals on the pit wall with the yellows [flags] and stuff like that.

“There was none of that, so Andre probably didn’t have as much warning as he could have.”

However, Nick Percat, who started a row behind Heimgartner and was also caught up in the incident, said he did see a warning on his dashboard.

“The flags come up on the dash, so I knew there was a stalled car and I could see it unfolding and just tried to get as far left as possible,” he recounted on the television broadcast. 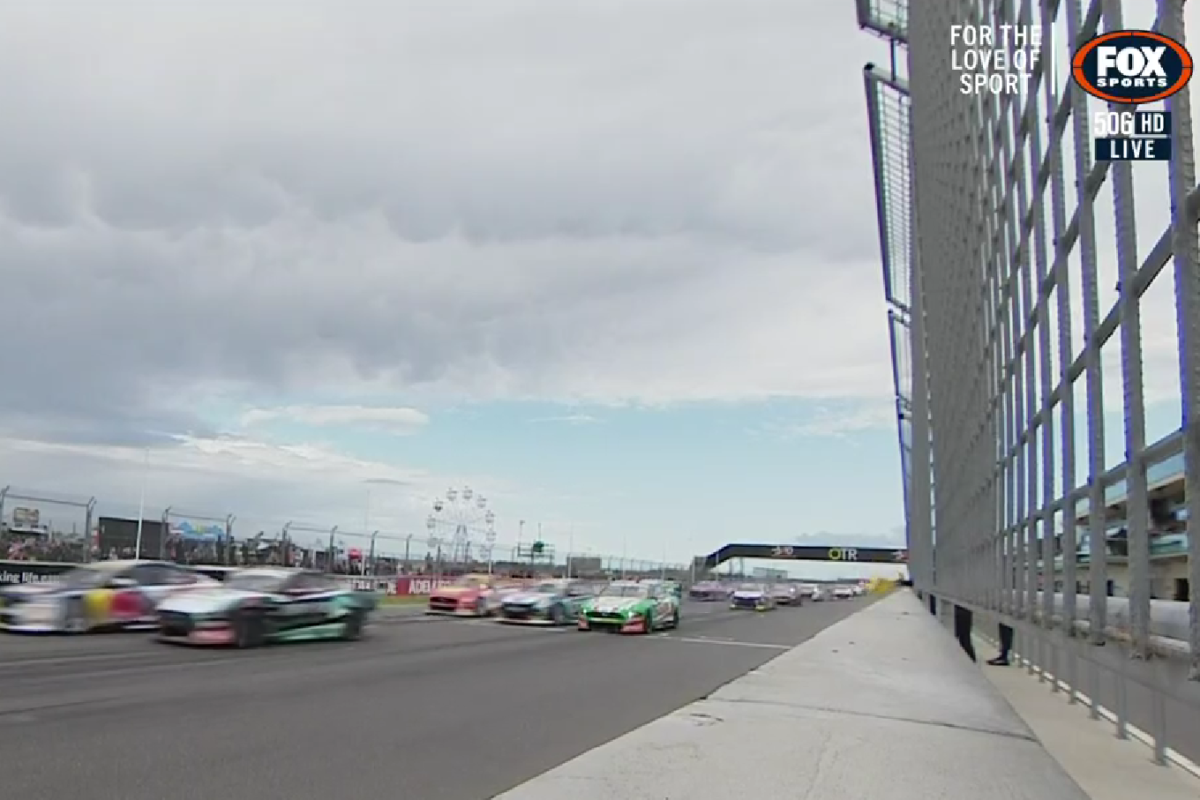 Van Gisbergen did still pay tribute to the design of the Car of The Future-spec vehicles which currently populate the grid.

Unlike their Project Blueprint predecessors, modern-day Supercars house the fuel cell forward of the rear axle and hence it is far less vulnerable to rupture in the event of a high-speed shunt.

That was not the case back in 2011, when Karl Reindler was burnt after he stalled on the grid at Wanneroo and was cleaned up by Steve Owen.

“We saw at Perth what happened,” added the Red Bull Ampol Racing driver in reference to that infamous incident.

“I think these new cars have been good and then the next ones [Gen3, due in 2023] will be even better, especially for repairing as well after a shunt.

“Safety is always getting better, but it can get [even] better too.” 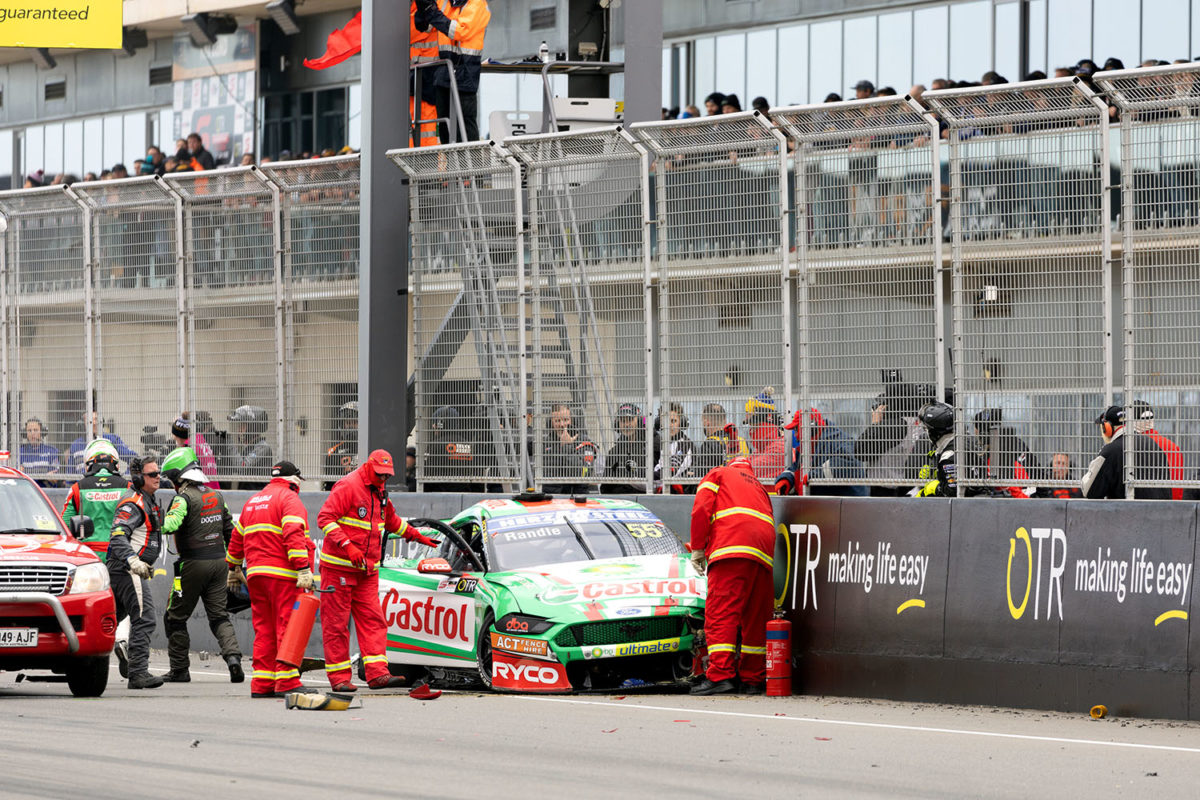