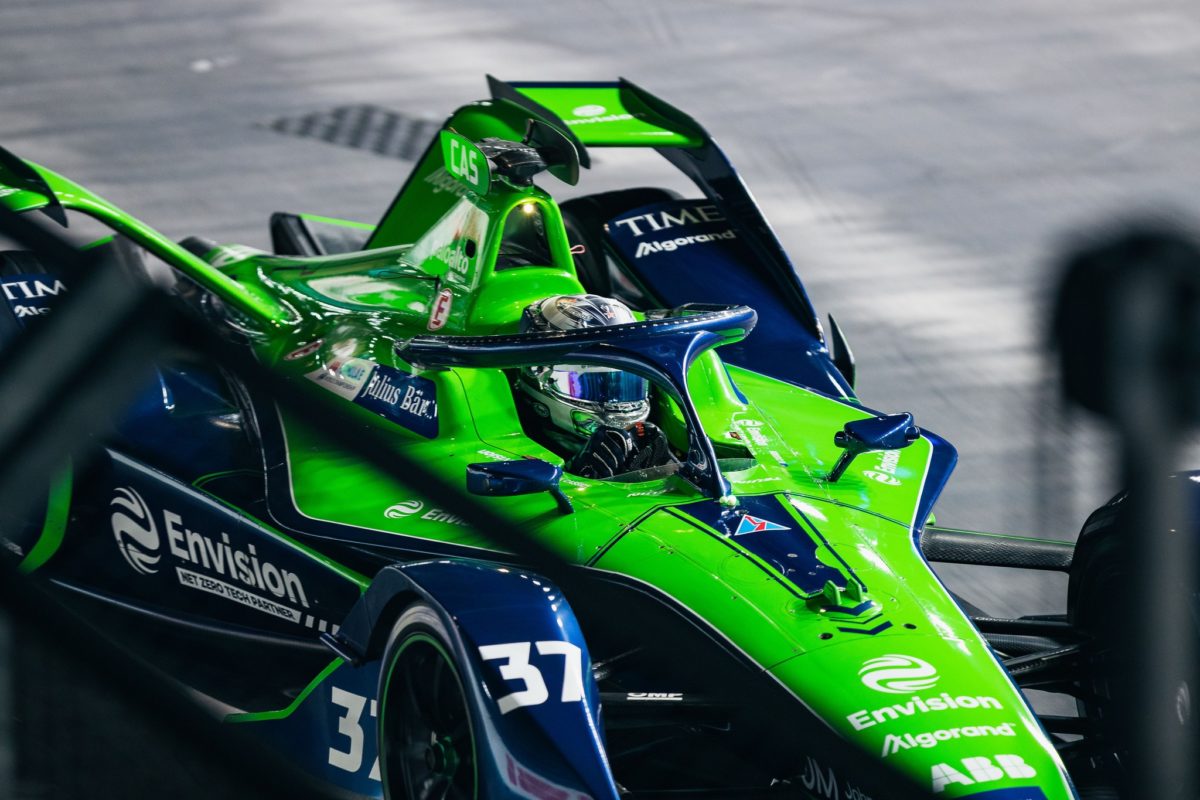 Nick Cassidy finished on the podium in the opening race of the London E-Prix after a post-race penalty for Nyck de Vries.

The New Zealander’s second podium in Formula E is fresh off his maiden race win in Round 11 at the New York City E-Prix earlier this month.

The Envision Racing driver started seventh and opted to take his Attack Mode phases later in the race.

Cassidy combined the additional power with a couple of seriously slick overtaking moves to finish fourth on the road after a tense and very physical late-race fight with Mercedes-EQ’s de Vries.

However, the Dutchman’s efforts to keep Car #37 at bay fell afoul of officialdom, with the stewards adjudging him to have changed direction repeatedly under brakes and therefore served de Vries a five-second penalty.

Jake Dennis (Avalanche Andretti) strode to a dominant lights-to-flag win and championship leader Stoffel Vandoorne finished second in the other Mercedes-EQ entry, but de Vries would eventually be classified sixth.

The other Kiwi in the field, Mitch Evans (Jaguar TCS Racing), was also a beneficiary of the penalty when he was promoted to fifth, having started 14th on the grid.

At the end of Race 13 of the season, Vandoorne leads the standings on 173 points, ahead of Evans on 149 points, while Venturi Racing driver Edoardo Mortara is third on 144 points.

Race 14 of the season commences on Monday at 00:00 AEST, with Stan Sport’s live and ad-free coverage of that encounter beginning tonight at 23:30 AEST.