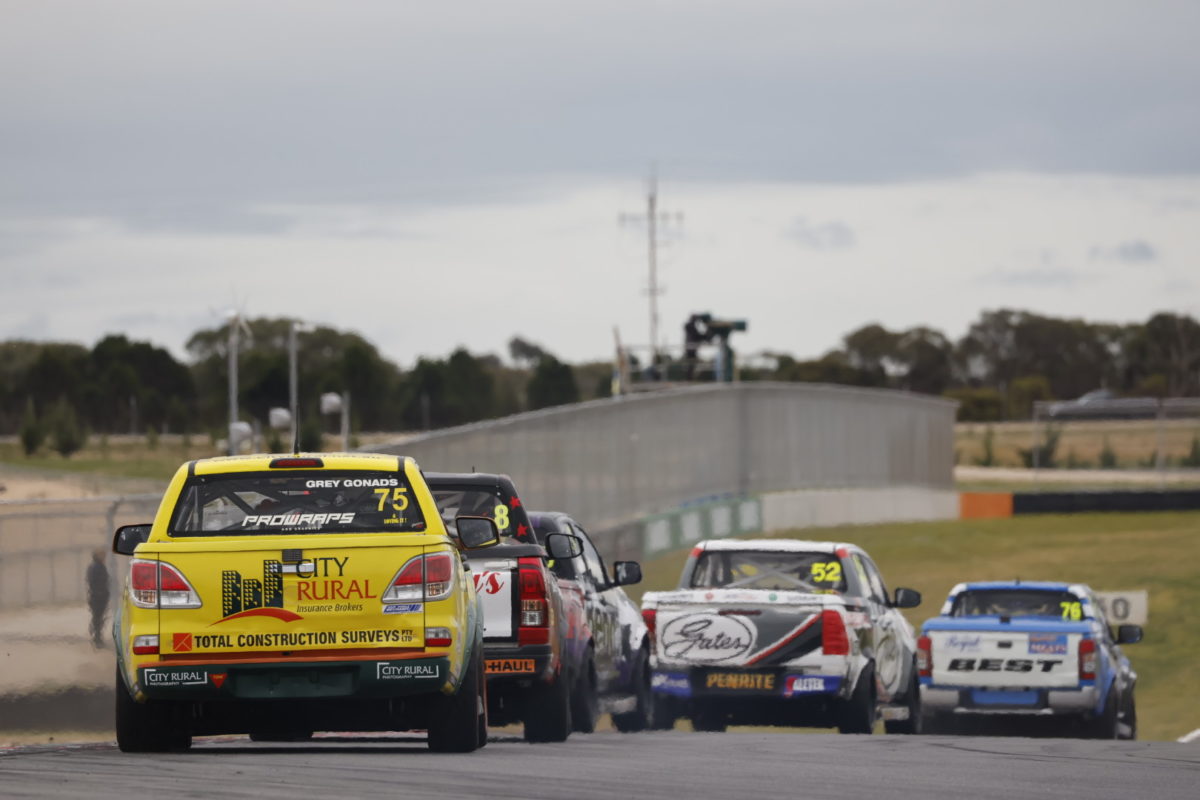 Aaron Borg has won the final race of Round 4 of the Haltech V8 SuperUte Series at The Bend Motorsport Park from the rear of the field.

A consistent weekend for Marjoram, who finished fourth, first, and second in the three races completed, sees him claim the round win on debut.

Race 3 was declared a non-event after a kerb became dislodged at Turn 12, with replays suggesting Christopher Formosa (Ford Ranger) dragged the pieces loose after spinning across them.

Race 1 winner David Sieders (Mitsubishi Triton) moved into the lead off the start of Race 4 ahead of Marjoram, with Gutierrez starting well to move up into third from fourth on Lap 1.

Borg began his charge on the opening lap, moving up seven spots into eighth, and then fifth by Lap 2.

Marjoram edged closer to Sieders, before securing the lead on Lap 3.

A four-way battle would emerge between Sieders, Wood, Borg, and Gutierrez on Lap 4, allowing the race leader to extend his margin to 2.5s at the start of Lap 5.

Borg would soon after force his way to second, before making a move on Marjoram for the lead on the penultimate lap of the race, where he would remain until the chequered flag.

Round 5 of the V8 SuperUte Series will take place at the Repco Bathurst 1000 from October 6-9.