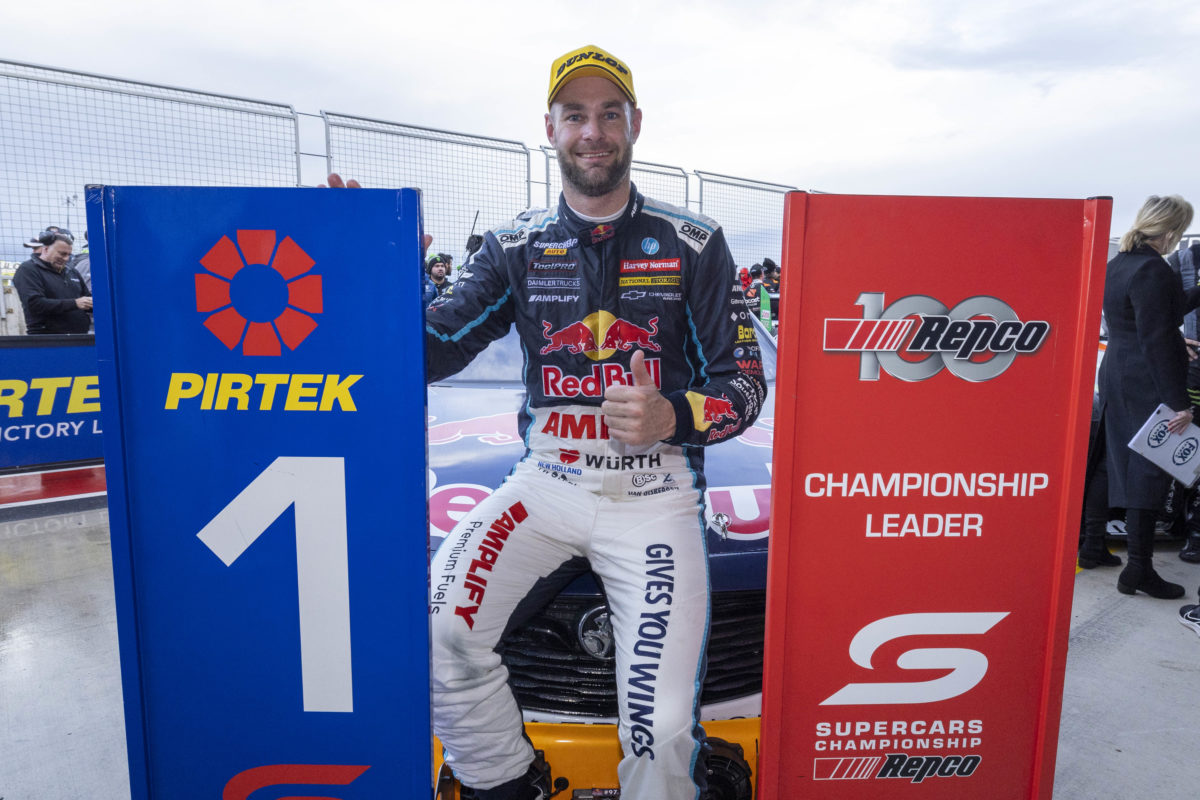 Shane van Gisbergen says belief was a key factor in his sweep of the Repco Supercars Championship event at The Bend, which is regarded as a Mustang track.

The Red Bull Ampol Racing driver not only drove his ZB Commodore to three wins from three, but scored the maximum 315 points given he also set the fastest lap in each race.

While the rhythm was different in Race 23, when it rained throughout, the three encounters were similar in so much that van Gisbergen had to fight early before he made time in clear air.

All the more remarkable was the fact that, since the Mustang came online in 2019, Fords had won 10 of the 11 races held at the South Australian circuit until now.

The Bend’s long corners plays to the Blue Oval fighter’s strengths, and the Mustang’s raw pace was evident with Tickford Racing’s sweep of the three poles this weekend.

In race conditions, however, van Gisbergen was unbeatable.

“Everyone says it’s a Mustang track and all this because of the aero,” he noted.

“You just have to… Well, I have to believe in my mind that the parity is the same.

“We have been weak here, and I did struggle with the car a lot; I was making a lot of mistakes in practice.

“My car was very hard to drive, but very fast, so I kind of just had to put up with it and adjust.

“We didn’t really change much; I just worked on myself and trying to get better.

“But, thanks to the team. They’ve done an awesome job; I feel like we were just a seat spacer this weekend,” he laughed.

The two-time champion has already noted the “intensity” of the long-time Brad Jones Racing man after winning Race 1 of the season, but expanded on just what he brings to the fold.

Aside from being “really good on the radio”, Edwards is also meticulous at the workshop, which is especially important for two-day events such as the OTR SuperSprint.

“I think he’s learned the way we work, and the amount of prep he does at the workshop with all the tyre pressures, quali laps… like, I’ve never worked with anyone like that, how intense he is,” explained van Gisbergen.

“I don’t know how he hasn’t won, the last few years, so much; he is very, very good.

“And also, how he works with JJ [Jeromy Moore, Technical Director] now, they’ve really bonded, and it’s pretty awesome to see how the engineering group’s working.

“I think he feels a bit not like an engineer at a race weekend because we don’t make many changes, but that’s because he’s done such a good job at the workshop.

After his 315-point haul in Tailem Bend, van Gisbergen is a hefty 393 points to the good at the top of the drivers’ standings with five events to go in 2022.

Next up is the Penrite Oil Sandown SuperSprint, on August 19-21.