Back-to-back wins for Love at The Bend

Back-to-back wins for Love at The Bend 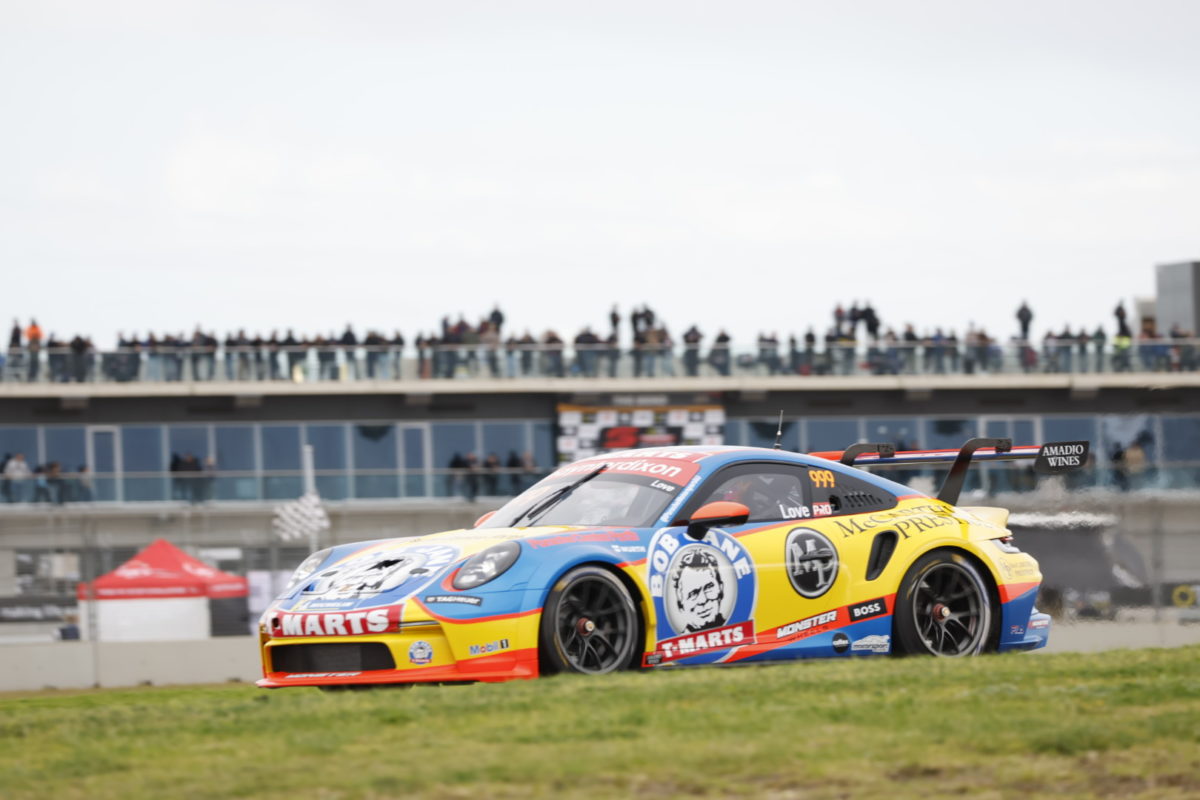 The Sonic Motorsport driver dominated the 14-lap Endurance Cup race, leading from lights to flag to take a commanding victory.

He finished over 4.5s ahead of RAM Motorsport driver Dylan O’Keeffe, while EMA Motorsport’s David Russell completed the podium.

The West Australian was glad to secure the win in tricky conditions.

“It’s a pretty good feeling, we’ve just got to keep our heads down for the last one and keep it nice and tidy, but the car was really tricky out there toward the end, so I just played it safe.

“When the rain started coming down, I was starting to get a bit worried, but we kept it together and ended up with a great win.

The race ran under Safety Car for several laps, after a dramatic opening lap saw six different incidents occurring, with several competitors taken out of the race.

After an earlier collision, McElrea Racing drivers Jackson Walls and Bayley Hall found themselves together at the fence, while Porsche Centre Melbourne’s Matthew Belford’s entry also suffered damage in the chaos, retiring a lap later.

The cause of the incident is set to be investigated post-race.

Earl Bamber Motorsport driver Callum Hedge, who finished on the podium in Race 1, did not finish the race, dropping out after completing six laps.

It is believed that the New Zealander is feeling under the weather this weekend.

Shahin made a move down the inside of Talbot on Lap 13 to take the class lead.

He would go on to finish 14th outright, with Flack and Talbot crossing the line 16th and 17th respectively.

Pro-Am Class leader Geoff Emery did not finish the race.