SVG tops Supercars Practice 2 at The Bend despite late off

SVG tops Supercars Practice 2 at The Bend despite late off 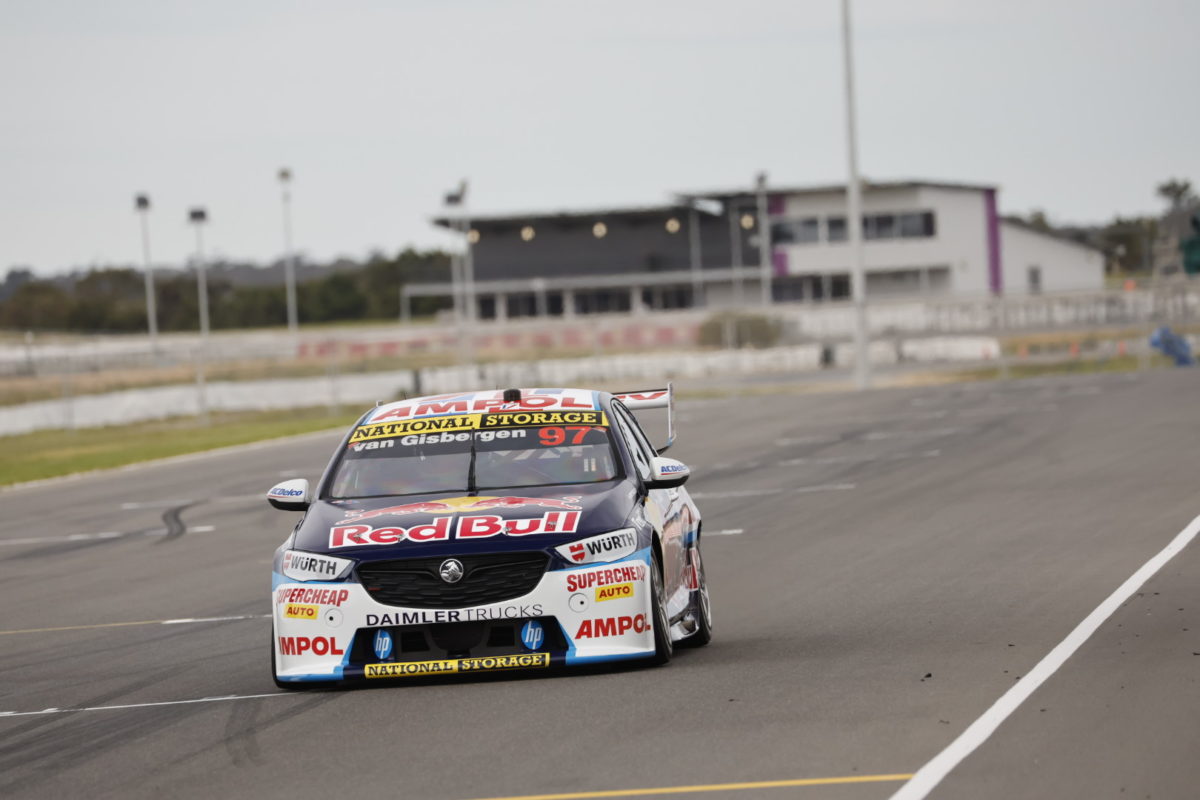 Shane van Gisbergen has set the pace in Repco Supercars Championship Practice 2 at The Bend Motorsport Park despite a late off.

The Red Bull Ampol Racing driver looked set to improve on his 1:48.2602s with the chequered flag out in the second session at the OTR SuperSprint but found the green stuff in the #97 ZB Commodore.

Still, van Gisbergen finished the session 0.1037s clear of his nearest rival in the title race, the Shell V-Power Racing Team’s Anton De Pasquale (#11 Mustang), with Cameron Waters similarly third in the drivers’ standings and third on the Practice 2 timesheet.

Conditions were much the same as earlier in the day at Tailem Bend, in regional South Australia, with the mercury low and the wind high.

The Tickford Racing steerer was still almost four tenths of a second to the good until van Gisbergen usurped him with a 1:48.2602s with just over 10 minutes remaining.

Despite an abundance of new soft compound tyres for the end of proceedings, the pointy end would remain the same, although that was not for lack of trying.

Van Gisbergen set the fastest first sector but then understeered off on the run from the long Turn 15 left-hander into the Turn 16 switchback.

Mostert’s fourth came despite a mid-session front anti-rollbar issue, although it had apparently been fixed quickly according to the man himself.

Zak Best was third in Practice 1 and despite torching a tyre early in the second session, he suggested his earlier effort was hardly a fluke when he finished ninth in Practice 2 on a 1:48.7547s in the #78 Tickford Mustang.