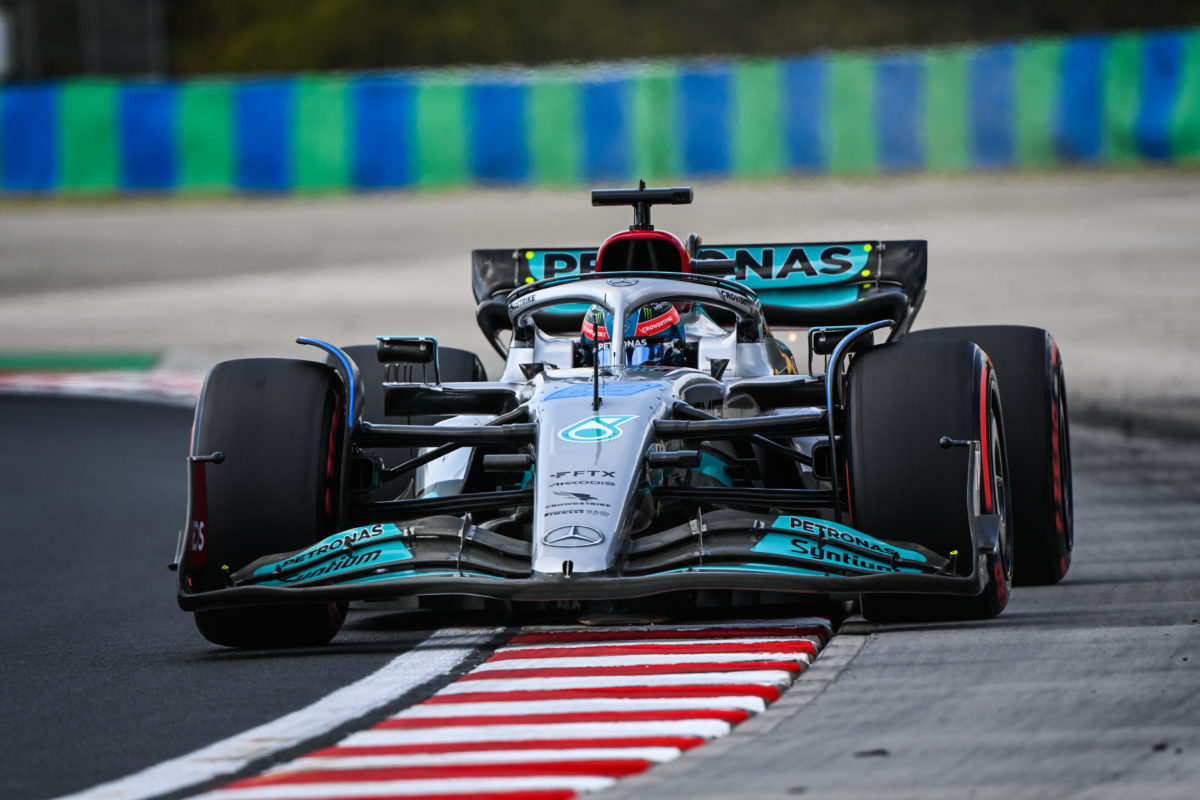 George Russell believes Mercedes will most likely be in the hunt for Formula 1 race wins before the end of the 2022 season.

It was a result that came after Andrew Shovlin, the squad’s trackside engineering director, claimed the atmosphere within the team had changed.

After a troubled season left it scratching its head in a desperate effort to understand the W13, Shovlin suggested a corner has been turned.

That’s a view now supported by Russell at this weekend’s Hungarian Grand Prix.

“There’s no doubt that the four cars ahead of us certainly have a pace advantage, there’s certainly no doubt about that.

“But I think, as a team, we’re slowly closing the gap.

“Hopefully after the summer break we’ll add some extra things to the car, but as does everybody so it’s not going to be straightforward.

“We still believe we can probably fight for victories at some point this season,” he added.

“But I don’t think we’ll probably ever have the car that will be outright quickest.”

Mercedes has brought a handful of updates to Hungary this weekend, with a revised halo and rear wing.

All are designed to influence the airflow rather than address cooling or reliability issues.

A new slat has been added to the halo that “helps control the flow over the halo ensuring the flow remains attached – improving flow to the rear of the car.”

That’s complemented by a new beam wing, the horizonal component at the bottom of the structure, for which Mercedes offered the same explanation: “Increases flow acceleration under the beam wing – increasing local load and diffuser load. This is our max downforce rear wing appropriate for this track.”