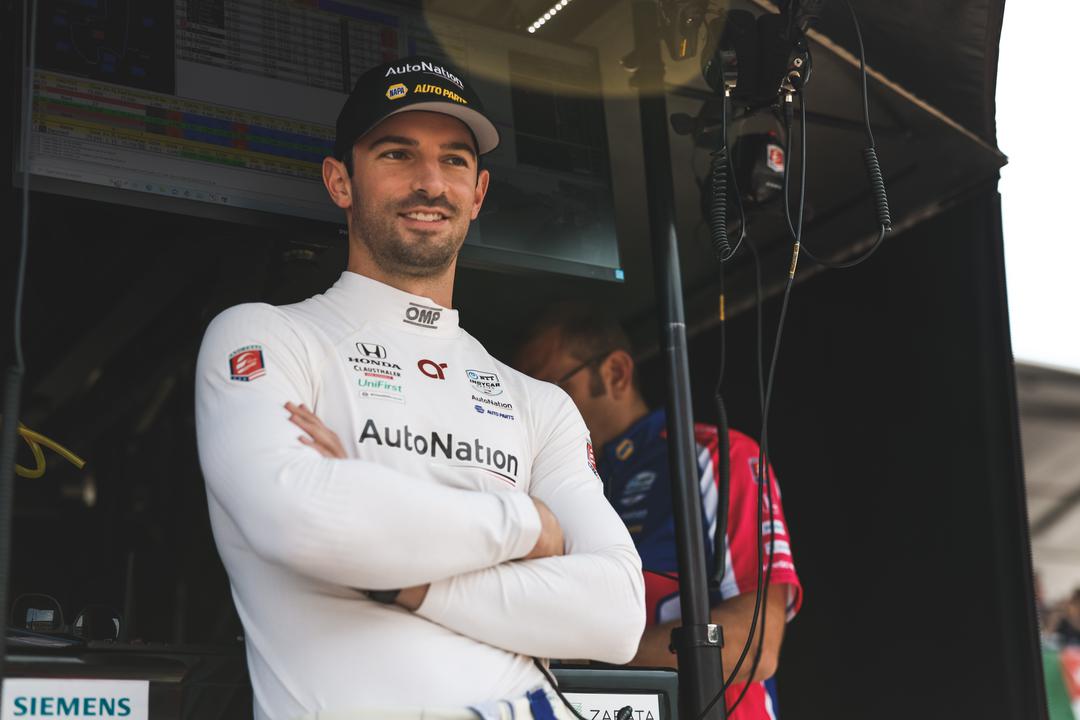 Alexander Rossi admits he was happy that his future employer McLaren SP was good last time out at Iowa because his current IndyCar team, Andretti Autosport, was not.

In fact, McLaren SP was more than “good”, with Pato O’Ward finishing second in Race 1 and winning Race 2 of the double-header weekend, albeit with a little bit of help in the form of a Josef Newgarden crash.

The orange-and-black cars were on the pace again in Qualifying for this weekend’s Indianapolis road course race, with Felix Rosenqvist taking pole by a hefty, quarter-second margin and only Rossi getting in the way of a front row lockout.

The 2016 Indianapolis 500 was asked if his future thus looked bright, and he was candid in his response.

“Honestly, I don’t know if I’m allowed to say this or not, but I was pretty happy that they were good in Iowa because we were really not,” said Rossi, who finished 13th and 18th that weekend.

“So it was like, well, we still have that potentially to look forward to.”

Rossi, however, insists his motivation is unchanged, despite having only five races left with his crew on the #27 Honda.

“I don’t really look at it like that; we’re just trying to win races, right?” he explained.

“I love those guys, and we’re going to try and get as many results as we can before the season ends.

“It really has nothing to do about the future.”

He put the pace down to a productive test at The Brickyard weeks earlier.

“Our race pace has been good in the past, and that’s never been an issue, but we’ve never been able to qualify here.

“It’s good. It’s good to be back obviously at the speedway. We all love coming here, and it’s great to be here on the triple-header weekend [with NASCAR Cup and Xfinity], and hopefully we can have a good day tomorrow.

“That lap that Felix did, I don’t think we had anything for it, so hats off to him.”

While Rossi splits two McLaren SP cars on the starting grid, only the Mexican behind him is guaranteed to be an IndyCar team-mate next year.

Rosenqvist may yet be moved to Formula E, pending Alex Palou’s lawsuit with Chip Ganassi Racing.

Next up at Indianapolis is a Warm Up session late tonight (AEST), then the Race tomorrow at 02:30 AEST.