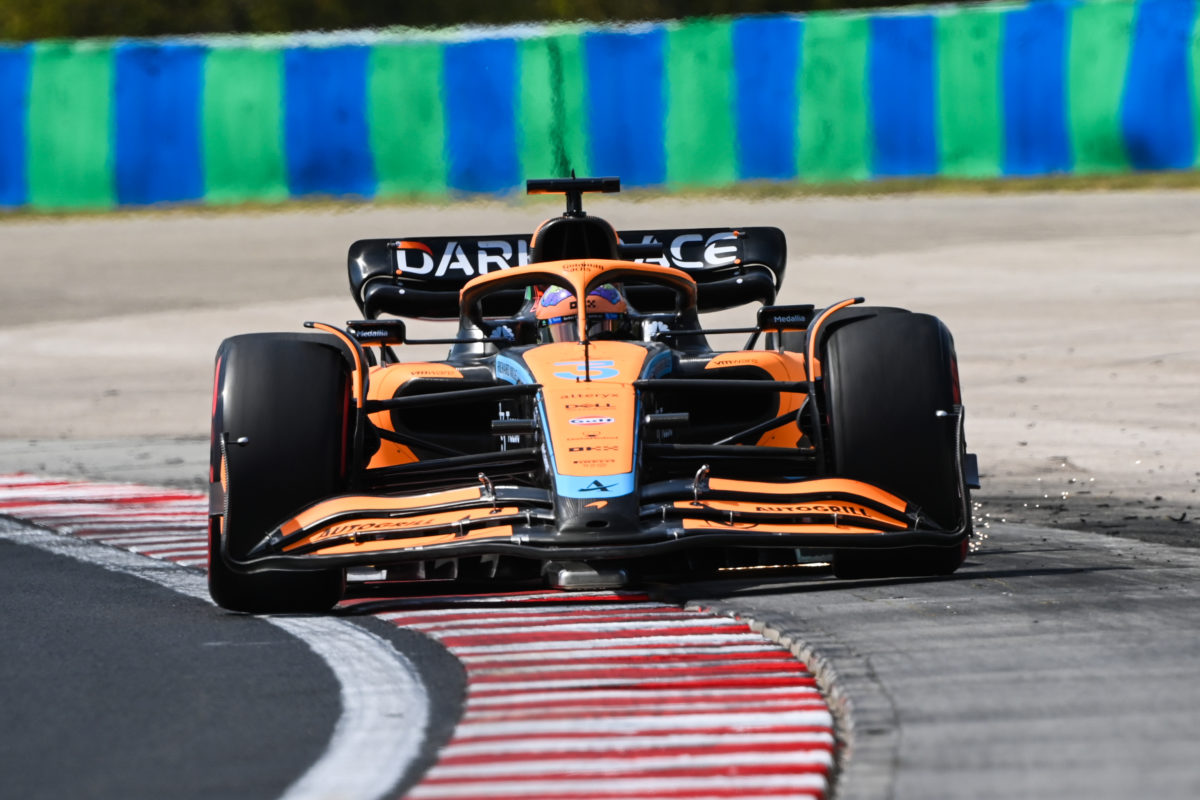 Both Daniel Ricciardo and Lando Norris proved to be standout performers on the opening day at the Formula 1 Hungarian Grand Prix.

The McLaren duo showed well in both outings, with Ricciardo’s eighth best time in Free Practice 1 the worst result across the two sessions.

That saw the day end with Norris second fastest behind Charles Leclerc, while was Ricciardo fifth best and, importantly, some way clear of sixth-fastest Fernando Alonso.

“It’s been a while, for sure,” Ricciardo said of his performance.

“I feel like it was 2020 where I was Mr Friday for a while, I was like second and third in quite a few sessions and the post FP2 chat was always ‘it was another good Friday’.

“It’s been a while since you’ve [the media] said that, so it’s nice.

“I think it was a fairly competitive day,” he added.

“Obviously you don’t know what the others do and in FP2, like the performance runs, but we were also quite competitive in FP1.

“So I hope that means that we actually are quick this weekend.

“I think the car’s felt alright, of course there’s a few corners where we want more, but generally around the lap I feel like we’ve had a decent car and hit the ground running.

“We will still try and obviously find more, because you have to obviously expect as well the others do, but for us I think there’s still a bit of fine tuning.

“It was certainly a good day.”

McLaren’s apparent Hungarian upturn comes off the back of an upgrade package delivered in France last weekend, with further refinements this weekend.

That has delivered more grip, and while it’s not brought the MCL36 on par with the likes of Ferrari and Red Bull, the consensus is it’s moved it closer.

Norris also warned against getting too excited by the times, suggesting perhaps his squad showed more of its hand that their rivals.

“I think today is a little bit of like an over show of our performance just because we’ve turned up more than what other people have,” he said.

“We’re definitely not fighting for Ferrari and Red Bull positions but we seem in a good place.

“Things are maybe a little bit ahead of where we were in Paul Ricard, which is a good thing, but it’s still just Friday.

“The weather’s going to change tomorrow, so we have to wait and see, but things at the minute are a little bit better than what they were, so that’s positive.”

The weather was warm and sunny on Friday but is forecast to deliver a thunderstorm for Saturday morning.

Free Practice 3 is expected to be wet, with the weather not easing until after qualifying – the chance of rain over 80 percent for much of the day.

The final hour of practice in Hungary begins at 21:00 AEST tonight prior to qualifying at midnight.