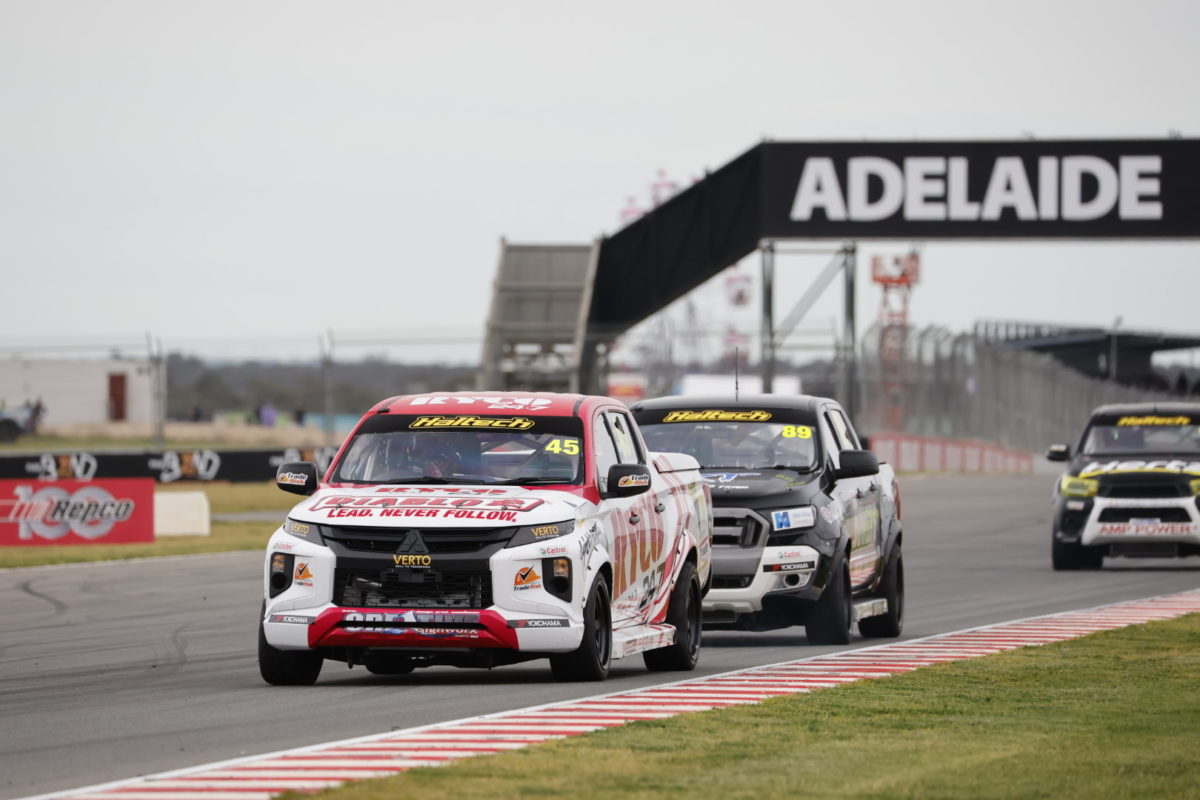 Adam Marjoram has taken his first win in the Haltech V8 SuperUte Series, prevailing in Race 2 at The Bend Motorsport Park.

A former Dunlop Super2 Series and V8 Utes driver but a SuperUtes debutant, Marjoram moved up three spots in his Mitsubishi Triton to win the Top 50 percent Reverse Grid race.

Series leader Aaron Borg charged from the rear of the field in his Holden Colorado to finish second, breaking the lap record in the process, and 20-year-old Ryan Gilroy made the most of starting from pole to get onto the podium in his Ford Ranger.

Series contender George Gutierrez, who started fifth after a fuel surge issue resulted in him dropping from second to finish third in Race 1, dropped down to 13th after spinning his Holden Colorado in the race, before he mounted a recovery effort to finish seventh.