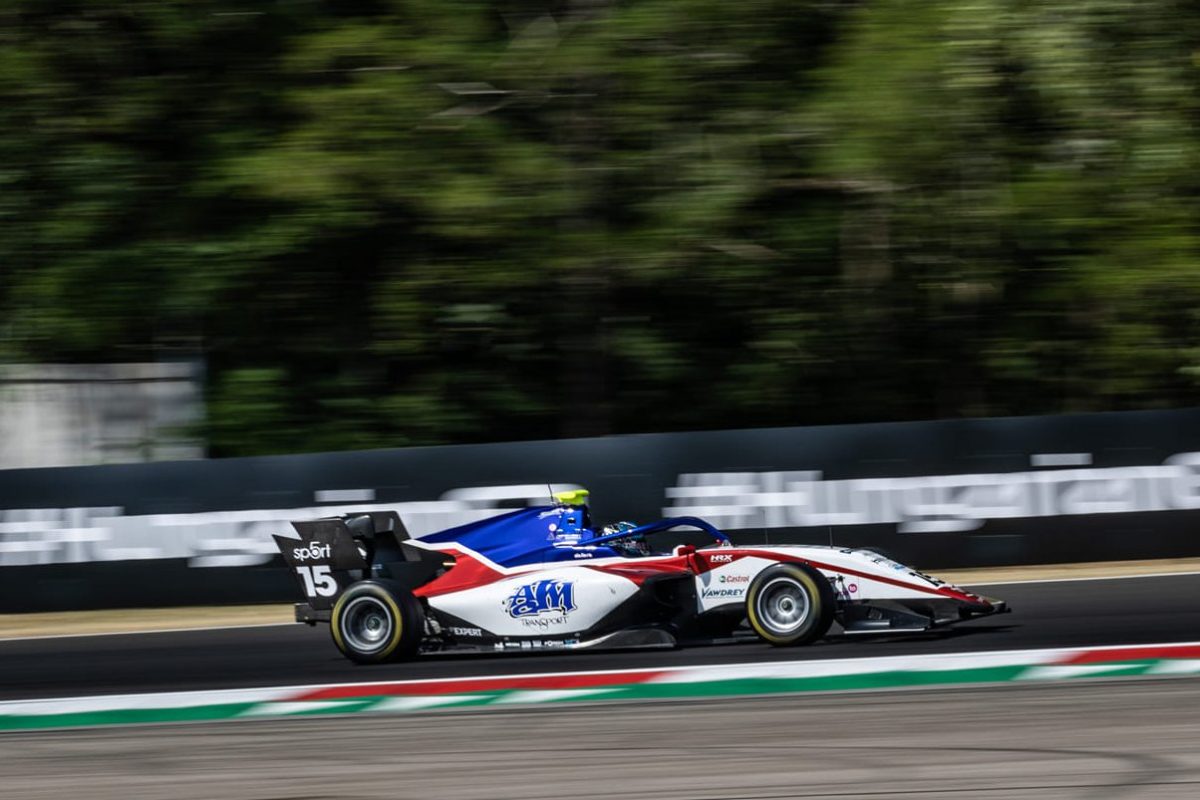 Christian Mansell will line up 24th for his maiden race in the FIA Formula 3 Championship.

The Australian kept himself out of trouble throughout Friday’s 30-minute qualifying session in Hungary which placed a premium on track position.

Finding clear track amongst a 30-car field was difficult, while a late red flag and track limits also played a role.

Mansell was one of those to have a lap deleted, the Novocastrian have a 1:33.9 deleted prior to his final effort lap.

It would not have changed his position as the 17-year-old ultimately managed a 1:34.041s.

Aleksandr Smolyar will line up on pole position for Sunday’s Feature race, with Zane Maloney alongside him on the front row.

Arthur Leclerc looked as though he would feature at the head of the field, with a fastest time well up on his rivals before he encountered double-waved yellow flags at the final corner.

That was for Zak O’Sullivan, who’d rolled to a halt on the pit straight, triggering yellow flags in the first and final sectors of the lap.

As a result, those on track had to slow, curtailing Leclerc’s chances of pole position.

The red flag was shown to clear the stricken Carlin with just three-minutes remaining; sufficient time for some but not all of the field to get around to start a final effort lap.

Missing the cut was points leader Victor Martins, while Leclerc too was left frustrated as the chequered flag was waved before he’d crossed the line.

Ending the session 24th is, for Mansell, largely inconsequential as this weekend marks the first of two cameo Formula 3 appearances this season.

His primary focus is the Euroformula Open competition, in which he sits second, with his interest Formula 3 Championship little more than a fact-finding mission before he likely progresses into the category full time in 2023.

Earlier in the day, he demonstrated promising pace during free practice by setting a time better than his two Charouz Racing System team-mates, repeating that in qualifying.