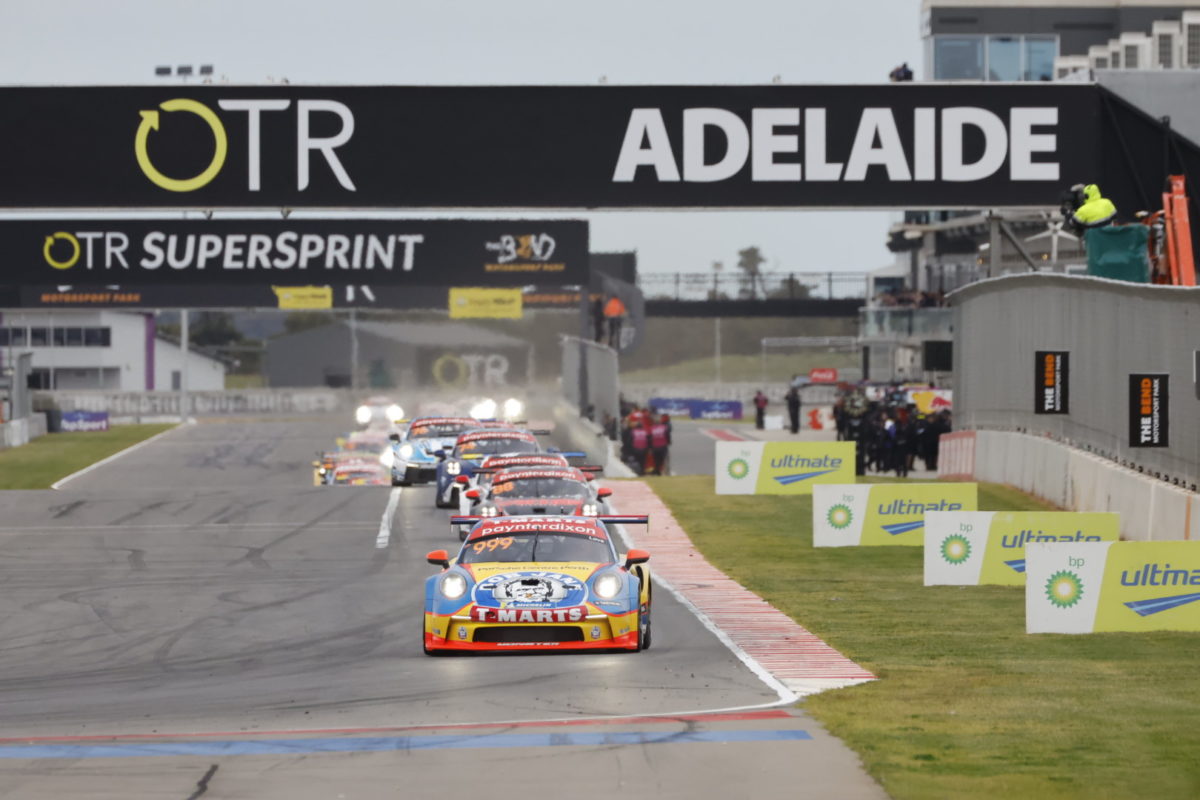 A clinical performance by Aaron Love saw him win the opening race of the Porsche Paynter Dixon Carrera Cup Australia round at The Bend Motorsport Park.

The Sonic Motorsport driver was never challenged throughout the 11-lap encounter, leading from lights to flag to take the race in dominant fashion, over 5.5s in the clear.

The West Australian was elated with the win.

“It’s nice to convert it from putting it on pole, we had a fairly smooth race and we got a good start,” Love said.

“I managed to get a bit of a gap and then just maintain it.

“We have a little bit of work to do with the car as always, but we’ll just fine tune it, there’s nothing too wrong with it, so we’ll regroup and go again tomorrow, fingers crossed.”

Earl Bamber Motorsport driver Ryan Suhle and McElrea Racing’s Jackson Walls were next across the line, while Timken Racing’s Dale Wood made a move late into the race to finish in the top 10.

Liam Talbot, who finished 17th outright, took the honours in the Pro-Am class, finishing ahead of Adrian Flack, and class points leader Geoff Emery in third.