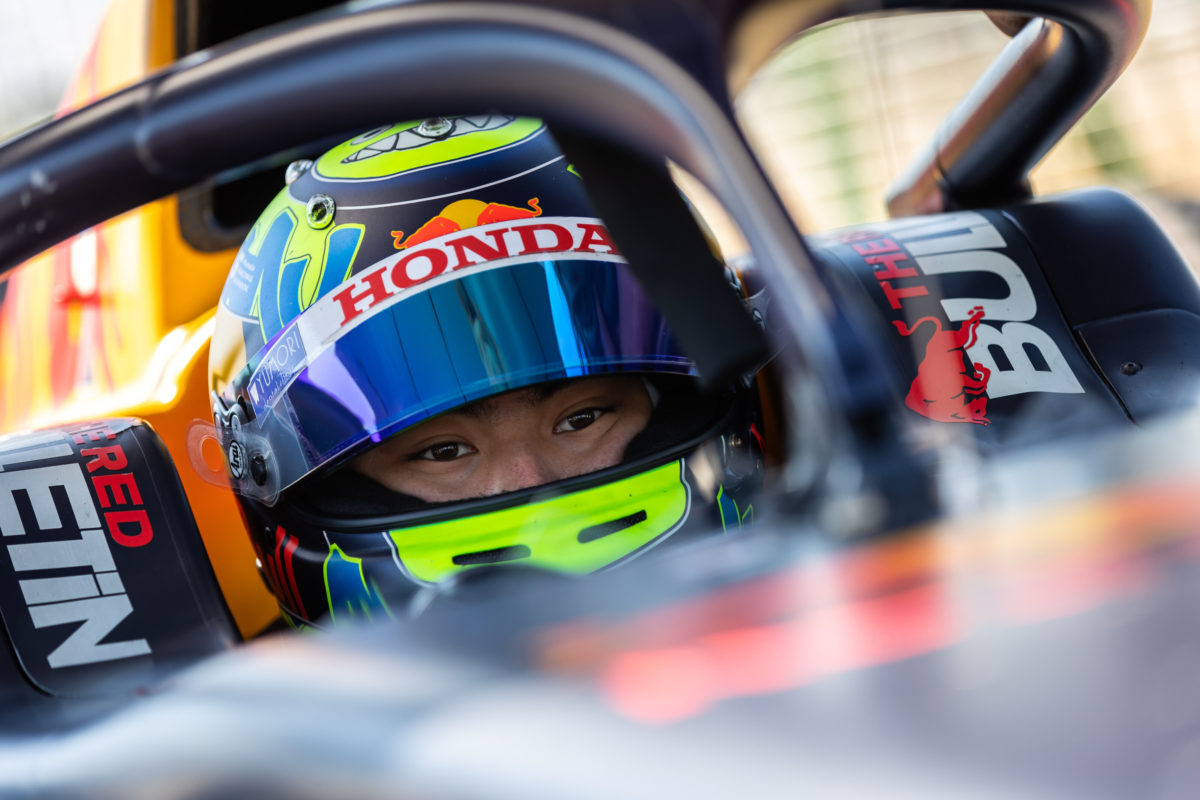 In what was otherwise a hotly contested affair, the order changed rapidly in the closing moments before Iwasa’s lap came like a sledgehammer to the field.

Armstrong set the early pace, his 1:29.228s leaving him atop the timesheets initially as Jack Doohan slotted in second.

He sat there until Theo Pourchaire went quicker only for Frederik Vesti to prove even more rapid to shunt them all down with a 1:28.850s.

Doohan remained on track and completed another flying lap, improving to third with a 1:28.951s, only for that lap to be deleted and he tumbled back to eighth.

As that was happening, points leader Felipe Drugovich slotted in second best, just 0.021s off the outright pace.

Running offset from the bulk of the field, Ayumu Iwasa was on track in the middle of the session as most sat in the paddock.

The Feature race winner last time out was capable only of ninth, his initial effort half a tenth off Doohan ahead.

From there the session fell into something of a lull, with only Olli Caldwell on track, the 21 other runners all in the pit lane ahead of a final flurry.

It saw the Brit nab provisional pole position, recording a 1:28.803s while the only man on track.

Almost as one, the field headed back out as though in retaliation, Jehan Daruvala and Doohan at the back of the snake as it trundled out of the lane.

As the laps came in, the timesheet changed rapidly; Armstrong going fastest over Logan Sargeant, Pourchaire then shot to second and Iwasa into fifth.

Doohan could only improve to 10th, reverse grid pole, the Australian having been bumped well down the order as others improved around him.

However, there was sufficient time for another flying lap and soon the session-best sectors appeared on the timing screens.

As they did, Armstrong wasn’t able to improve, nor was Sargeant, though Juri Vips climbed to fourth before Drugovich rose to second fastest.

Pourchaire improved his best lap, though remained third, as Iwasa lit up the timing screens.

The Japanese driver delivered a sensational lap, a 1:27.930s, a lap which left the Red Bull driver clear of the field by almost four tenths.

Doohan was also unable to improve as he remained 10th, securing the reverse grid pole for Saturday’s Sprint race in the process.

New Zealander Liam Lawson will start 11th while Aussie Calan Williams will line up 18th after a late lap saw him climb up the order.

The opening Formula 2 encounter of the weekend begins at 02:00 AEST, an hour after qualifying for the Formula 1 Hungarian Grand Prix concludes.