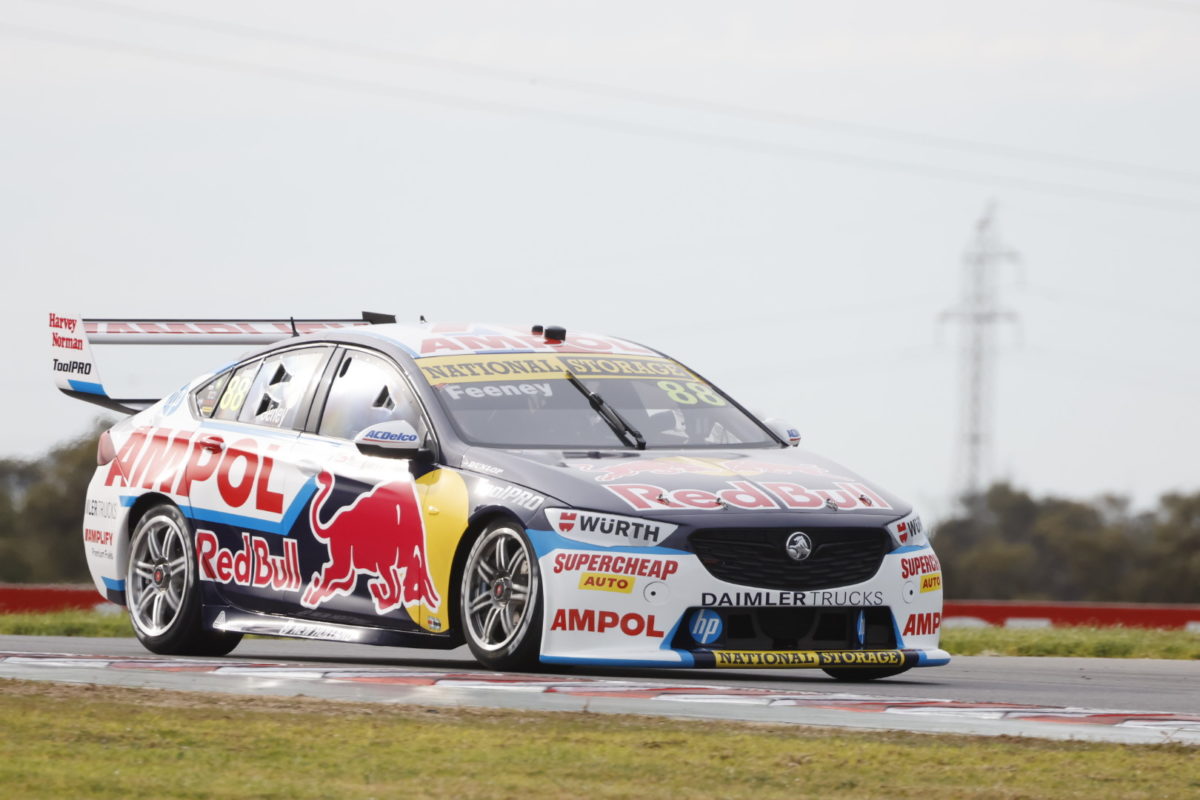 The rookie went as fast a 1:48.7706s in a chilly, opening 30-minute session at the OTR SuperSprint with Shane van Gisbergen finishing second and the two wildcards, Zak Best and Jordan Boys, third and fourth respectively.

Feeney (#88 ZB Commodore) was quickest initially with a 1:48.9903s on his first flyer and would likely have gone faster again next time around had he not been held up by James Golding (#31 Subway ZB Commodore).

Van Gisbergen moved to second position with a 1:49.0907s on his second run despite reporting on his radio that the #97 ZB Commodore “feels fast but it’s undriveable”.

He was briefly out of the car after that run, as Brodie Kostecki (#99 Boost Mobile ZB Commodore) moved into second spot with a 1:49.0617s on a second set of new soft tyres, the only compound in play this weekend.

Rounding out the top six were the three Erebus Motorsport-built ZB Commodores in the field, with Image Racing’s Boys wheeling Car #49 to a 1:48.9343s with the chequered flag out, ahead of Brodie Kostecki and Will Brown (#9 Boost Mobile ZB Commodore).

Despite history showing that The Bend is a Ford track, one has to go down to seventh on the timesheet to find the second of the Mustang drivers, namely Penrite Racing’s David Reynolds, who went as quick as a 1:49.1757s in Car #26.

Jake Kostecki’s #56 Tradie Mustang was belching oil smoke in the early minutes of the session but he was sent back out and ended up 25th.

Jack Le Brocq propped up the timesheet in the expanded, 27-car field after a brake vibration in the #34 Truck Assist ZB Commodore.