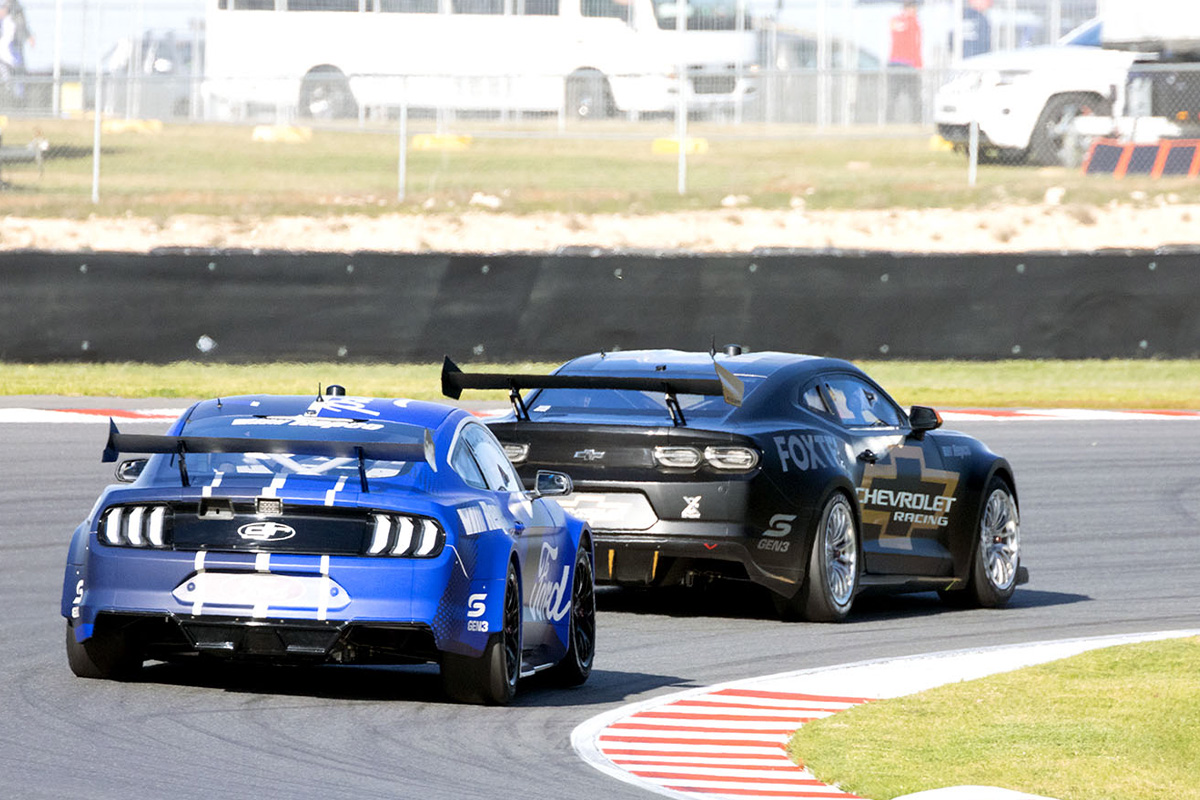 The Gen3 Camaro and Mustang on track at The Bend. Picture: Ross Gibb

As a free agent, Youlden is a member of an exclusive club of drivers to have experienced both prototypes.

While the 44-year-old has primarily been behind the wheel of the Camaro, he had the opportunity to also assess the Mustang at a recent Queensland Raceway shakedown.

Youlden pointed out the similarities in the two engines, which have now reached parity, despite a 5.7-litre example from General Motors and a 5.4-litre Coyote in the Mustang.

“You’re shifting at the same spots, it’s got the same throttle response; the only thing I can comment on is the Mustang feels louder.

“In terms of how they drive they’re extremely similar.”

Prior to signing with Tickford Racing as a co-driver, Zane Goddard also got to sample both the Camaro and Mustang early in the piece.

In January Goddard could feel the differences in engine displacements, with Youlden’s comments a sign of how the project has developed since.

Aero-dependent circuits will prove more of a test for drivers, though Youlden suggests even the balance of the new Camaro and Mustang are very similar.

That’s despite different aero packages, based on the manufacturer’s body shapes, which are assembled on top of a control chassis.

The current-gen Mustang and ZB Commodore are believed to have very different working windows with regard to car balance.

Putting all the varying points together on Gen3, Youlden said he couldn’t pick a more favourable car.

“Certainly at Queensland Raceway which is fair to say is not an aero track, it seems very similar to me,” said Youlden when asked of the aero differences.

“Under brakes, Turn 1 and Turn 2 — which are the high-speed corners — I couldn’t really pick a difference.

“When I have got out of both cars the guys have asked me ‘if you had 10 million bucks and you were starting a team from scratch which one would you choose?’

“And I couldn’t pick a car to choose.

“I think that’s their aim and they’ve done a good job.”

Having had a full hour of track time on Friday at the OTR SuperSprint, the Gen3 cars will also have a dedicated test day on Monday following the event. 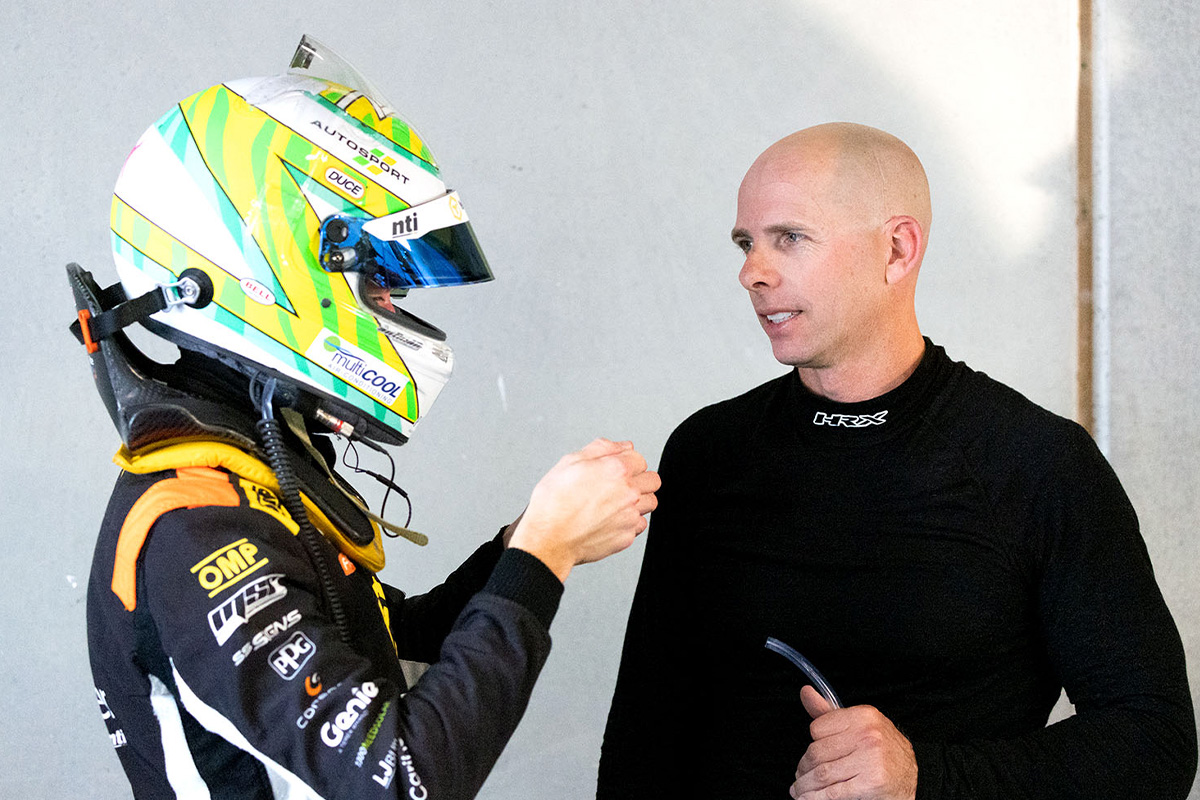