Davison refusing to be distracted by van Gisbergen dominance

Davison refusing to be distracted by van Gisbergen dominance 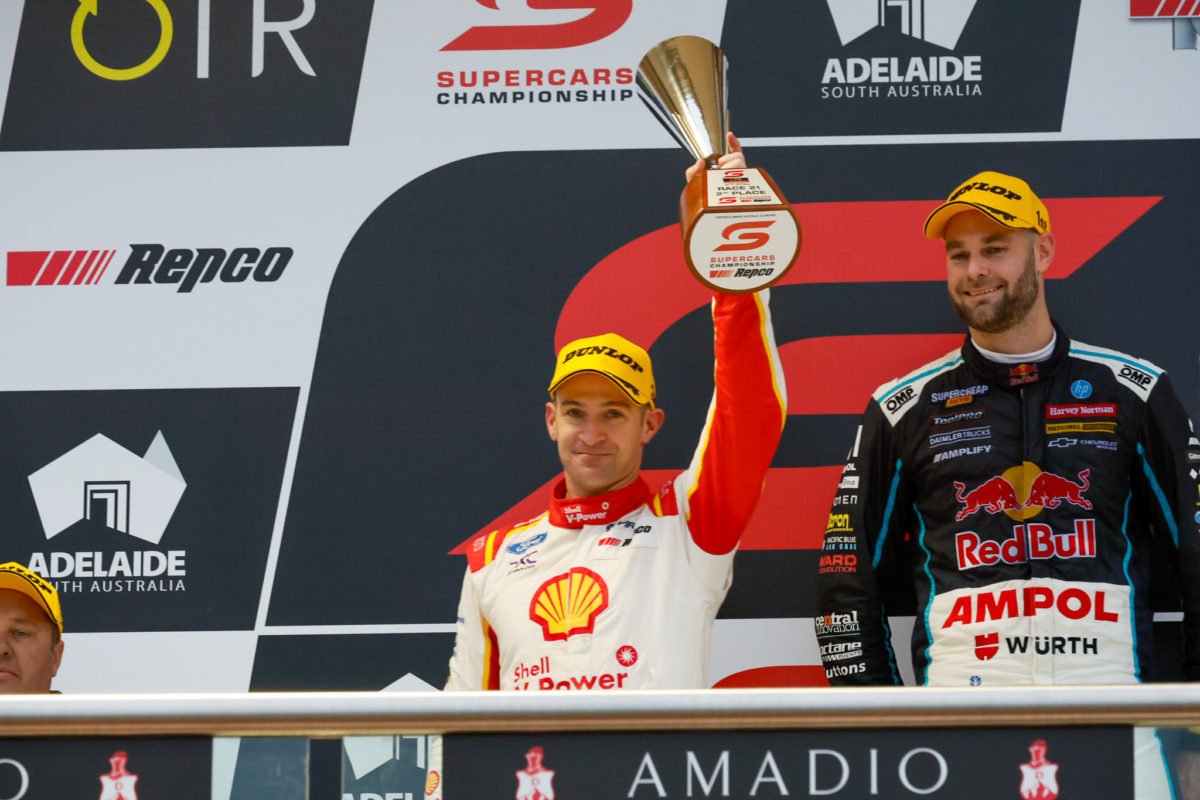 Will Davison (holding trophy) on the podium with Shane van Gisbergen

Race 21 runner-up Will Davison is refusing to focus too much on Shane van Gisbergen despite the Supercars Championship leader cruising to another win at The Bend.

Van Gisbergen took nearly half of the 24-lap contest to get to the front of the field but, once he did so, he stayed there for the duration.

The Red Bull Ampol Racing driver had the pace and the tyre life to still gap the early stoppers before he was finally into the lane with four laps remaining, and would take the chequered flag two seconds to the good.

Davison profited by being the first to take his compulsory pit stop, jumping from fifth to second with the undercut, but he would have been in strife had he not just escaped the first part of knockout qualifying.

He cited that near-miss as reason to concentrate on improving his own lot rather than worry about van Gisbergen per se.

“I’m not getting too focused on him,” said the Shell V-Power Racing Team driver.

“Of course, it’s easy again where he’s won and we’re second, but as you can see today, there’s one point I was barely out of Q1.

“So, you’ve got to focus on executing your own job, and we’ll do that tonight, focusing on what we can do with our car.

“We’ve done a great job at the last two events on the Sunday, I think, race pace-wise, although no wins for it – there’s other reasons for that – but I think we’ve had pace in Darwin and Townsville, really, to win the races if we’d done a few other things better.

“So, we’re focused on getting that pace tomorrow, and then it’s obviously up to us to put the half-percenters or the cherry on the top.”

While the OTR SuperSprint is a three-day event, the Repco Supercars Championship field is only on-track on the Saturday and Sunday.

Two-day events raise the stakes in terms of the importance of a car rolling out of the truck well, but Davison is satisfied that Dick Johnson Racing made the best of its lot today.

“These formats, once you’re a bit off this morning, you’ve just got to literally mask up a few of your little issues which we had and just deal with it,” he added.

“I think we’ve done that well today, but we definitely need to just fine-tune a few things for tomorrow.”

Davison remains fourth in the championship, but has closed to 18 points behind Cameron Waters, who finished fourth in Race 21.