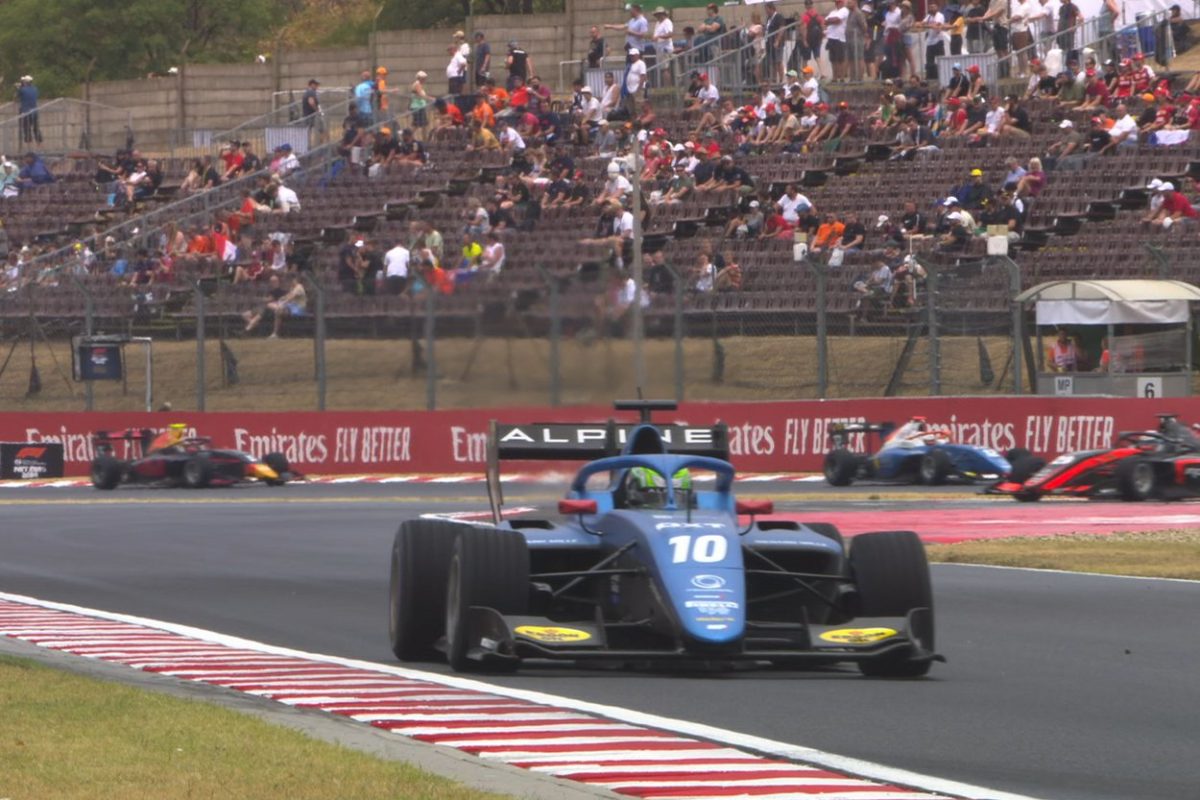 Collet won from Franco Colapinto and Kush Maini in a busy race in slippery, drying conditions which caught out a number of drivers.

The race began with a rolling start, the Safety Car an early feature after David Vidales was a victim of the conditions exiting Turn 3 on the opening lap.

Starting 24th, Mansell stayed out of trouble on the opening turn, gaining one spot as he passed the stricken Vidales.

It was a brief Safety Car  interruption with racing resuming on Lap 4.

Mansell slipped back a spot on the first lap after the restart, through climbed back up to 23rd when Brad Benavides torpedoed Ido Cohen at Turn 1 at the start of Lap 5.

With damage to Benavides’ front-left wheel, and his car stuck in the run off, the Safety Car was again called for.

Cohen too was forced out owing to the damage he sustained as the innocent victim in the impact.

Again the Safety Car was withdrawn quickly and racing resumed as the field commenced Lap 7.

The race settled down thereafter, conditions improving as Collet moved into the lead before skipping clear to claim his first Formula 3 race win.

Colapinto held on to second over Maini as Hadjar lost pace in the final laps to slip down the order.

Mansell, meanwhile, maintained station to cross the line in 22nd at the end of 18 laps, capitalising on a final lap clash between Arthur Leclerc and Jak Crawford.

In what was an constructive result in his debut race in the category, the Australian ran within a second of team-mate Francesco Pizzi throughout the race, crossing the line just 0.676s back at the chequered flag.

The Formula 3 Feature race completes the weekend in Hungary, that race set to begin at 18:05 AEST on Sunday.